[Beyond PlayStation] Sam And Max Save the World Review

Hey Little Buddy! The world needs saving again! Are you ready? Then check out our Sam and Max Save The World review!


Sam is a six-foot canine detective with a love of justice. Max is a hyperkinetic rabbity-thing with a taste for mayhem.
Together, they’re the Freelance Police. And they’re about to save the world.

In 2006, the comic book crime-fighting duo Sam & Max starred in the first full-fledged episodic game from Telltale, the studio that went on to make The Walking Dead and Batman: The Enemy Within.

Now everyone’s favorite dog and rabbity-thing are back in Sam & Max Save the World Remastered, a new version of their first season of episodic games that has been lovingly updated by a small group of the original developers with the blessing of Sam & Max creator Steve Purcell.

It’s just another day at the office for the self-proclaimed Freelance Police when the Commissioner calls in with a disturbing report: former child stars are running amok in the street! What starts as an open-and-shut case of idiotic vandalism balloons into an all-out conspiracy as Sam and Max encounter one miscreant after another who have been mysteriously hypnotized. (You can tell from the “spinny thing” they do with their eyes.)

Who’s the source of this malfeasance, and what is their dastardly plan? Cracking this case will require Sam’s nose for detective work, Max’s lack of conscience, an assortment of inventory items, and a little help from neighbors Sybil Pandemik, Bosco, and Jimmy Two-Teeth. From Sam & Max’s street to the White House lawn, inside the internet, and all the way to the moon, this baffling mystery gets weirder and funnier as it unfolds.

Return to the adventure game that was once called “gaming’s first sitcom” and is today known as “the remaster you didn’t know you were waiting for.” With enhanced graphics, Joy-Con™ and touch screen support, an original jazz score with five new tracks, and the same brain-tickling puzzles and offbeat humor that won it IGN’s Best Adventure GOTY award back in the day, Sam & Max Save the World Remastered is a modern classic that will be right at home in your Nintendo Switch™ library. 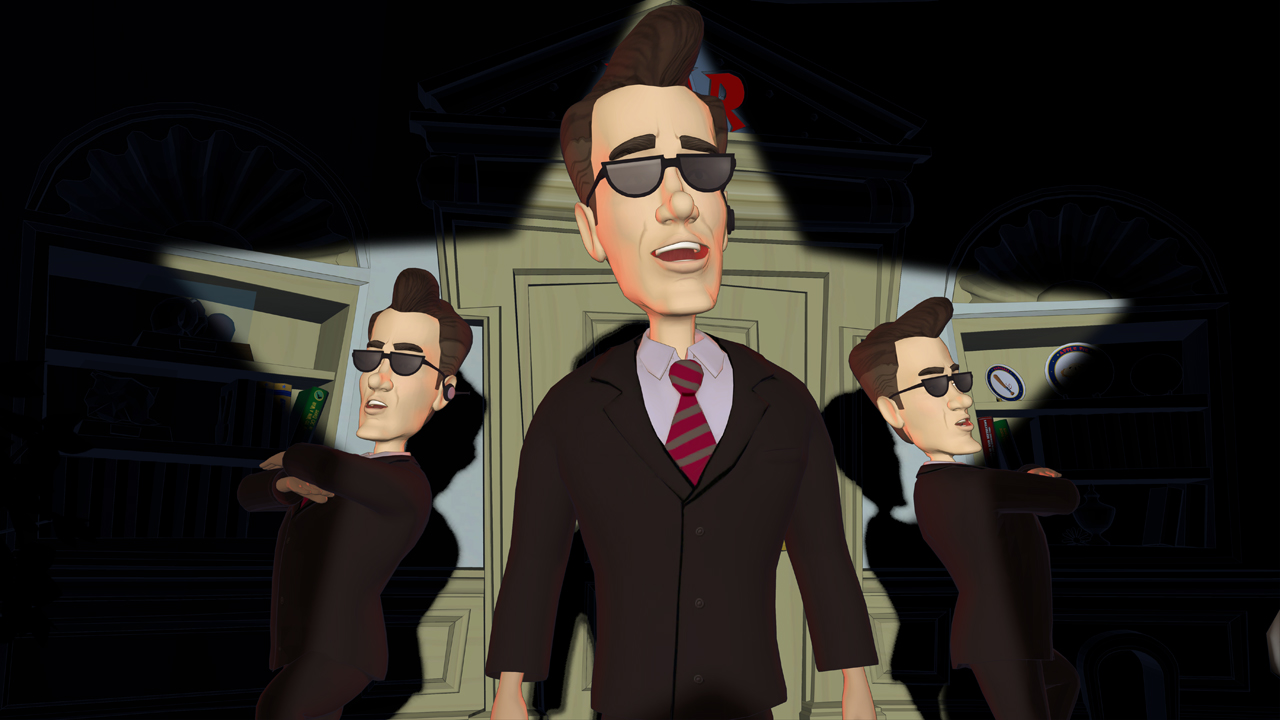 Sam & Max Save The World is a remaster of the adventure series revival from way back in 2006… that’s a lot to take in, right? OK, so Sam & Max Hit the Road is a classic Lucas Arts point and click adventure game. The genre had seemingly disappeared until start-up Telltale Games decided to get the IP and make Sam & Max Save The World. It was a story comprised of six episodes with an overarching long story. This new episodic format really took off, and Telltale had a bunch of moderately successful hits until they struck gold with The Walking Dead, by far their most popular series ever. While they continued to produce some solid hits, the classic point and click gameplay mechanics that made Sam & Max feel special were lost to time. Telltale – under poor management – eventually closed up, and all the IPs scattered to the wind. Thankfully Skunkape games, which includes several people who used to work at Telltale Games – picked up the IP and remastered the visuals and music, giving this masterpiece a second chance on the Nintendo Switch.


And that’s a long-winded way of saying I’m really excited to be playing Sam & Max again, now on the Nintendo Switch! The team did a great job with their revamped take on this 2020 release. If you have played a point and click adventure game before, you know what you are getting, but for those who are new to the genre, you essentially walk around talking to people, picking up items, and interacting with the people and items as needed. A lot of people will find them obtuse and hard to navigate since it takes a certain type of person to figure out that you need to knock someone out to get rid of their hypnosis by painting over their graffiti with your spray can of paint. Then go back up to your office, look out the window and drop a bowling ball on their head. And yes, that is the solution to a fairly early puzzle you’ll find in the first episode!

Sam and Max Save The World is packed with these very logical solutions to the many puzzles you’ll find throughout its six-episode campaign. I definitely had an edge on these puzzles since it turns out I have a pretty good memory, and I remembered many of the solutions from when I originally played the game way back during its original release… but even then, I was certainly stumped by a couple of puzzles! The good news is that given the episodic nature of this game, there aren’t that many items and characters to keep track of as you progress from episode to episode. 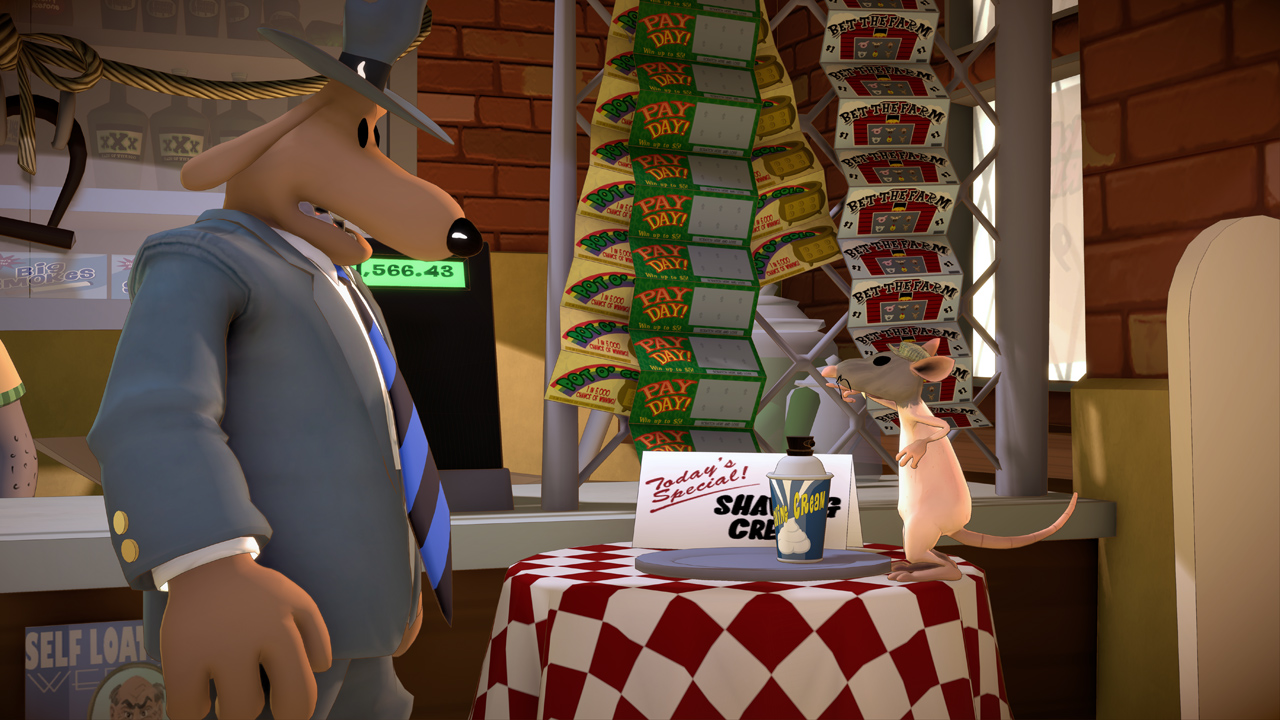 I really liked the set up for the controls. Typically, point and click adventure games have excelled with a mouse and keyboard set up.
However, I dare say the control scheme on the Nintendo Switch is just as great! You move Sam around with the left analog stick, and you can interact with people and items using the A button, open your inventory, and select items with the Y button. What I really appreciated was you could highlight all interactable items with the L1 button, which makes a dot pop up on each one. From there, you can use the right analog stick to cycle between them until you find what you want to interact with or whom you want to talk to, which is just excellent! It’s a great setup for point and clicks and probably the best I’ve seen on a console. It made navigating through all of the episodes really easy, and I was able to pretty effortlessly move between the different episodes at a steady pace.


In terms of a remaster, you’re usually looking for a big change to the game’s visuals, and I’m here to say that the team has done an excellent job updating the visuals for 2020! If you weren’t familiar with the series, you might even think this was a new game! All of the character models have been updated with a fresh coat of paint, along with the many environments you’ll explore, with better lighting and texturing all over the place. I was really impressed by the work done here, so kudos to the team for their solid effort.

The real stars in Sam & Max Save The World is the writing and the relationship between Sam & Max. Sam is the straight-man in an absurd world, flanked by his psychotic, violent, childish, dumb friend Max. They are quite the pair, and the team that originally worked on the series certainly knew how to write for them! I constantly laughed at all of the jokes while Max showed his sadistic side, and Sam would just let it happen. All of the other characters are also great, whether you talk about Sybil, Bosco, or even smaller characters like the Soda Poppers. I genuinely had a smile on my face the whole time I played! 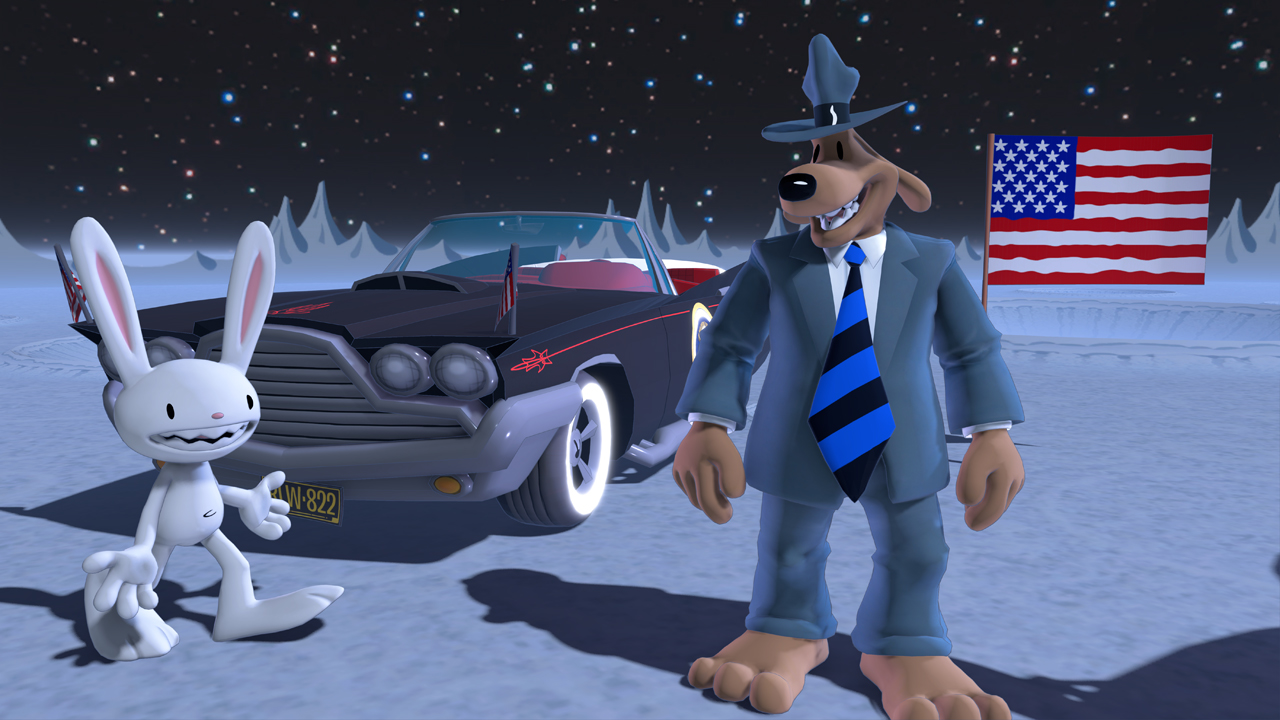 Sam & Max Save The World is a great example of what a good remaster should do. The team has modernized the controls and gave it a fresh coat of paint with updated visuals and lighting. Beyond that, though, it was already a great game, to begin with, and that carries over to this new version. If you haven’t played Sam & Max before, this is a great way to jump in. It’s a very fun point and click adventure game, and it’s one that is super accessible for newcomers.


Disclaimer
This Sam & Max Save the World review is based on a Nintendo Switch copy provided by
Skunkape Games.