In Pretty Princess Party from Aksys Games and NIPPON COLUMBIA, you’ll take on a journey to become a princess! One day in the grove, a peculiar creature: a rabbit with clothes! As you see it cross through an archway, you follow it into what turns out to be a portal into a kingdom in a faraway land! The rabbit you saw can actually speak, and it tells you that the bracelet you’re wearing is actually a magical item, a precious heirloom that is very important for this particular rabbit since he’s out on a mission: to find the bracelet to bring a Princess to the castle! 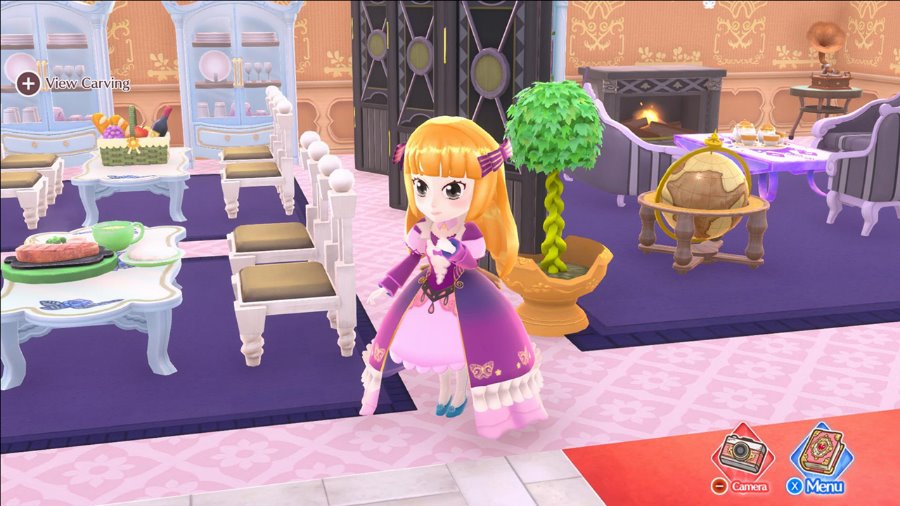 After selecting your character’s name, you’ll then go into the character creation menu. There you’ll get to pick your character’s eyes, skin color, hairstyle, hair color, and eye color. Once you’re happy with your selections, you can press the + button to complete the process so that you can get started with your journey with Pretty Princess Party. The gameplay is split into two segments: decorating and playing mini-games! The decorating part is self-explanatory since you’ll be taking the different pieces of furniture and decorations you gain access to. But to be able to create the items to decorate each room, you’re going to need recipes to use design magic. You’ll learn about this during the tutorial. You can then press the X button to activate design magic so that you can select between the small, large, wall, and other item categories. Once created, use the left analog stick or the D-Pad to move the item around, pick where you’re going to place it, rotate the item with the L and R buttons, and you’re set! 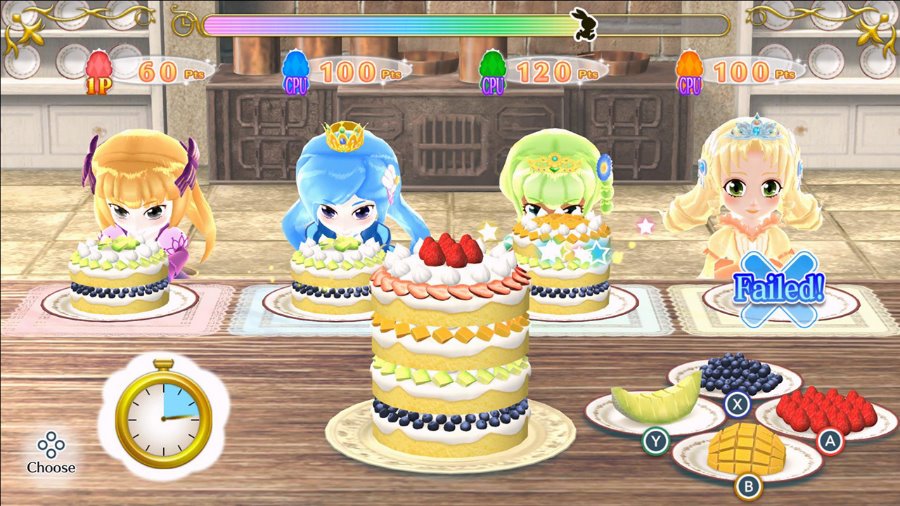 Each of the 20 rooms that you can decorate will have a stone carving outside, which you should check out. These will show the furniture that needs to be placed inside of each room in order for the magical energy to be reactivated. For example, the first room that you can decorate needs five items to be completed: a bed, a vanity item, an armoire, a dresser, and a ceiling fixture. Completing each of the stone carvings will reward you with magical jewels, which can be used to restore the magic to the castle. As you obtain jewel stones, the castle will also level up, which will open up new paths to new activities, unlock more items to decorate the rooms, more customization options for your Princess, as well as new characters to interact with. 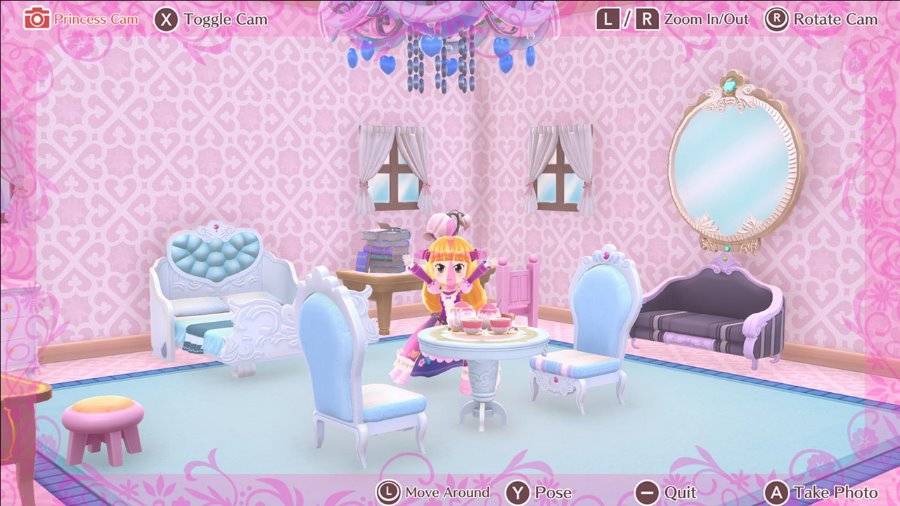 The mini-games are actually lessons that you have to take since you’re pretty new to the whole Princess thing. There are six mini-games to play, which will help you raise your character’s stats in one of three categories: elegant, cute, and cool. The mini-games you can play are archery, bouquet arrangements, dancing, cake making, riding a horse, or study. For example, for the study mini-game, questions will appear on the screen, and you must select O or X depending on if you think that something is correct or wrong. The faster you are at answering, the more points you’ll gain, but if you make a mistake, you’ll lose points. During fever time, only the first to answer correctly will be rewarded.


Your performance in each of these mini-games will also reward you with Lumina, which is the in-game currency. What can you buy with it? Why, new things to decorate the castle’s 20 rooms, as well as new outfit options for your Princess. There are over 1,300 items to unlock, so you can imagine how big of a variety there is to the different items you can use to decorate each of the castle’s rooms, as well as the customization options for the Princess’ outfit. And once you’ve decorated a room, you can take a picture to commemorate the occasion. 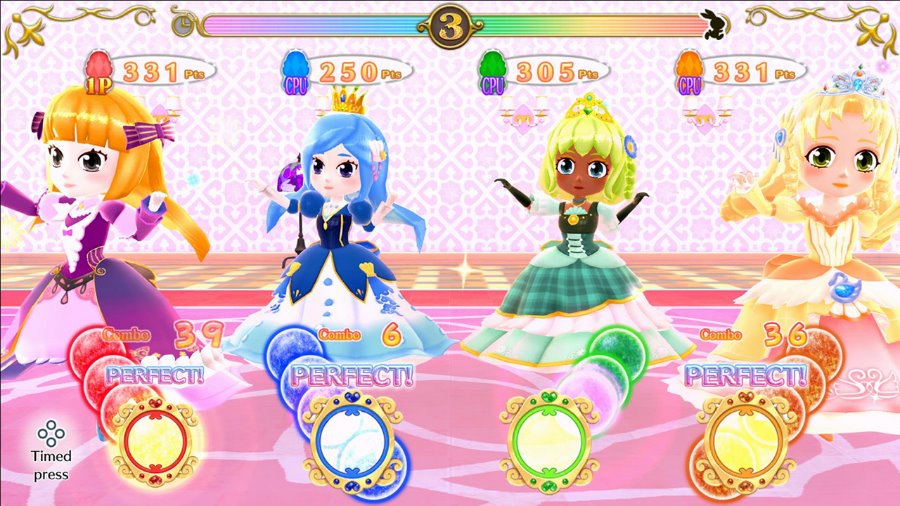 Pretty Princess Party is a fun game for gamers of all ages with a ton of items to unlock as you decorate the castle’s many rooms, as well as help the town’s people to better decorate their homes. There are six mini-games to play in total as you level up your Princess’ elegant, cool, and cute stats, but only three mini-games will be available from the start since you’ll need to level up the castle and help to bring back its magic before the other three can be restored to their former glory. Pretty Princess Party is out on Nintendo Switch digitally and at retail with a $39.99 asking price. 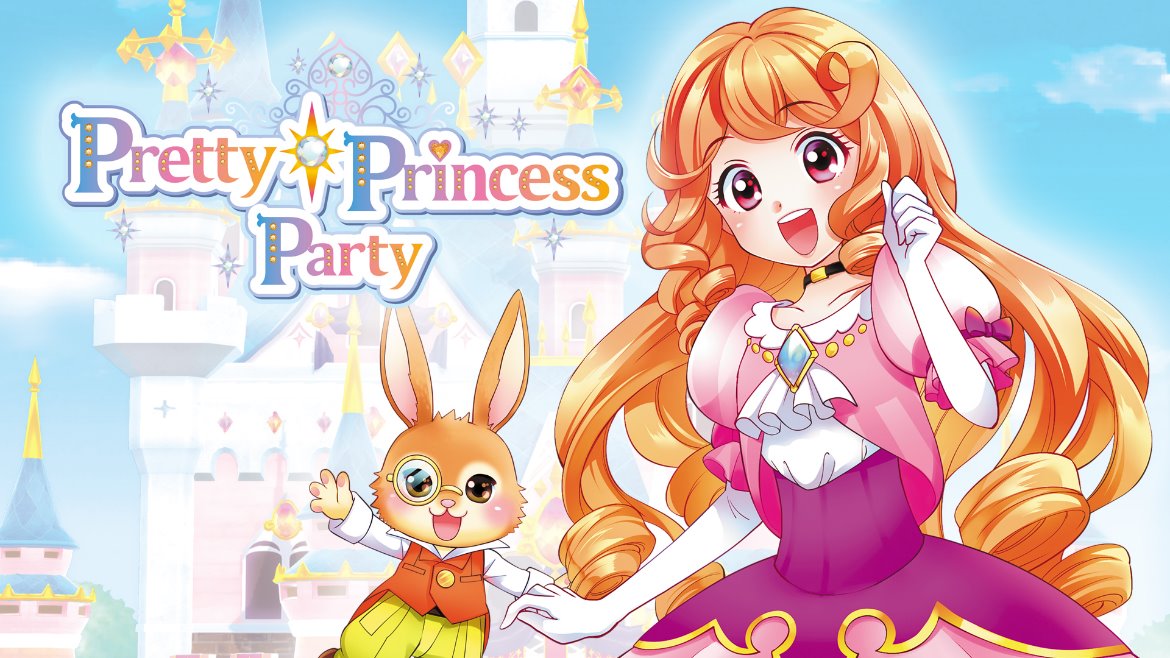 A fun and colorful Princess game for younger gamers

Disclaimer
This Pretty Princess Party review is based on a Nintendo Switch copy provided by Aksys Games.

Wingspan Out Next Week