Flipon from Plug In Digital is a colorful and fun arcade-style block-based puzzle game on Nintendo Switch. Learn more in our Flipon review!


In Flipon from Plug In Digital, you will be taking control of Kat and her crew of flipoblocks miners who are out on an adventure to search everywhere for the aforementioned flipoblocks. You’ll do this by playing the more than 75 stages in Flipon’s Campain, learning the basics as you go along, in a game that pays homage to the beloved Panel de Pon series. As you do this, you’ll be taking on one of five different game modes: Objectives, Survival, Boss Fight, Puzzle, or Challenge. 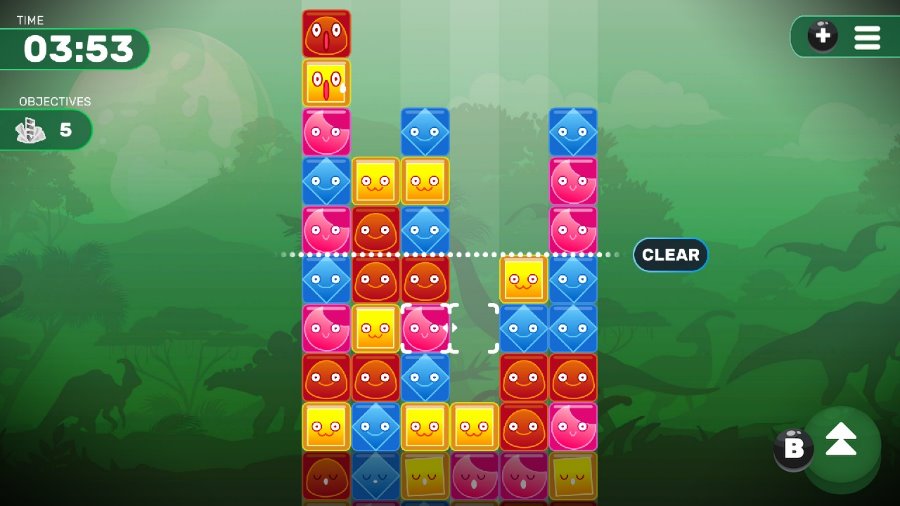 In the Objectives mode, you’ll have to complete the objectives presented to you at the start of a stage to be able to complete it, which could include completing X combos, earning Y points, or completing Z combos with a specific number of matched flipoblocks; for Survival, you have to match flipoblocks to keep them from piling up as you try to stay alive for a specific amount of time; Boss Fight mode will have you going up against a boss, which means you’ll have to complete some objectives as you destroy the garbage blocks it sends onto your playing area from the combos it completes; Puzzle levels will ask that you completely clear the playing area with the available blocks, which means that you have to make every move count; as for Challenge, it will task you with completing a series of objectives within the provided grid, making it the hardest of the bunch.


All of this will be done by moving flipoblocks left or right by pressing the A button to flip the blocks under the cursor, which you’ll move around the playing area with the left analog stick or the D-Pad. In order to be able to mine the flipoblocks, you’ll need to activate a combo by aligning three or more blocks of the same color vertically or horizontally. 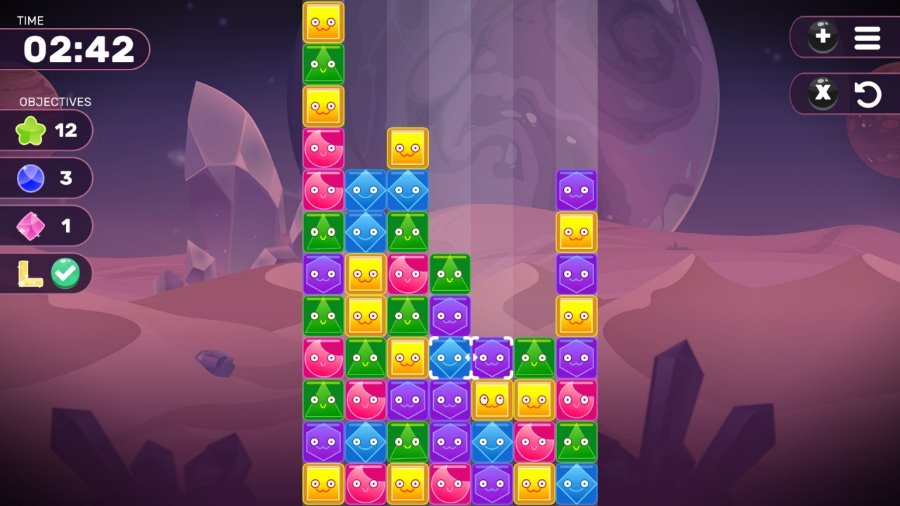 Once you start to mine flipoblocks, more and more blacks will be introduced into the playing field, either automatically or when you use the speed up option by pressing the B button. You will need to think fast so that you can flip around the flipoblocks as needed, sometimes moving them down from a high column so that you can keep a stack from touching be the upper part of the screen, or else it will be game over!


You’ll also have to deal with the pesky garbage blocks that land on the playing area. Garbage blocks can’t be flipped or manipulated, which means you’ll have to mine flipoblocks that are touching the garbage blocks to be able to get rid of them. You can also use any abilities at your disposal once you’ve charged them up. Just use the Y button to activate one and see what happens! 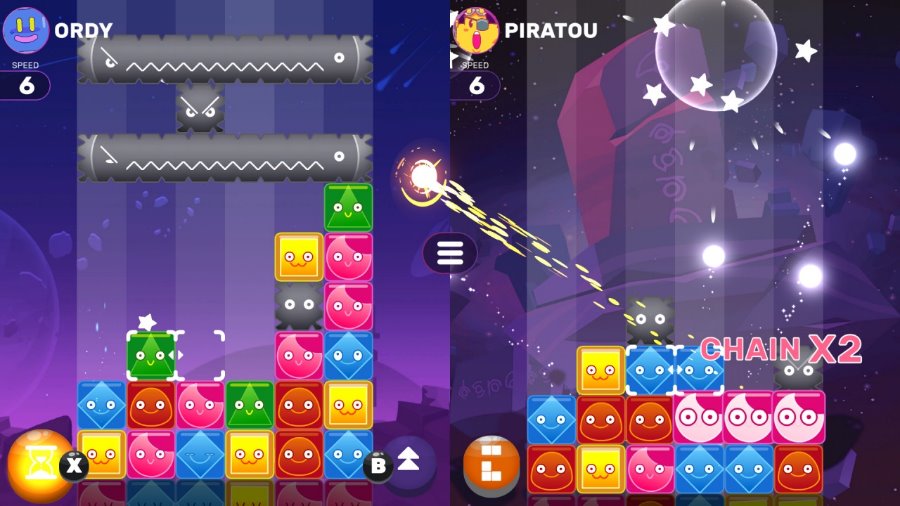 On top of the Campaign, you can also play in Score Attack, where you’ll aim to get as big a score as possible before you get a game over, making it a bit like an endless mode of sorts. You can also go into the Versus option, where you can battle against human opponents or take on AI-controlled enemies. There’s also Challenge, where you can generate and play a randomly generated grid under the Challenge rules as you try to complete all objectives with the blocks you’re provided. 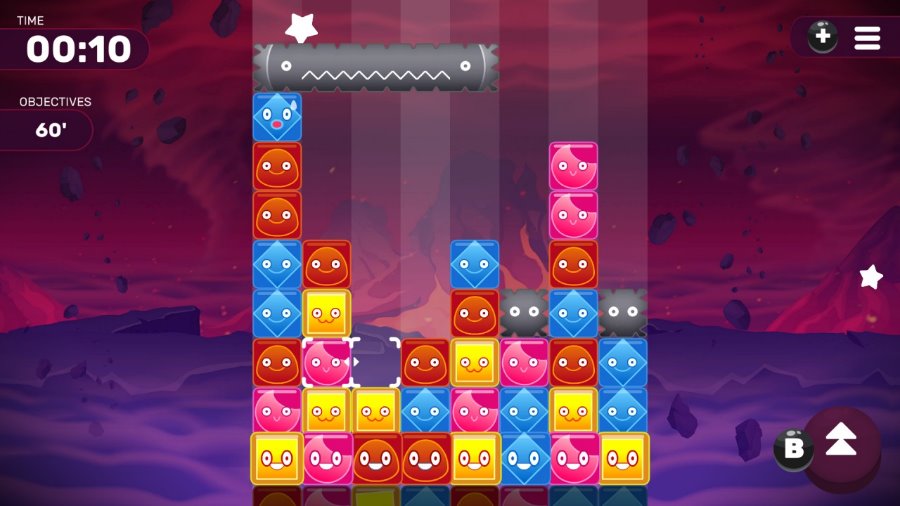 Flipon is a fun arcade-style block-based puzzle game that pays homage to the Panel de Pon classic releases while also managing to do its own thing on Nintendo’s console. It’s available for a very low $5.99 asking price, making it an excellent option for puzzle fans.

Disclaimer
This Flipon review is based on a Nintendo Switch copy provided by Plug In Digital.