Dune Sea from Frolic Labs and Joydrop is a 2.5D side-scrolling adventure in which you control a goose. Learn more in our Dune Sea review!


In Dune Sea from Frolic Labs and Joydrop is a 2.5D side-scrolling adventure in which you control a goose who can flap around, roll, and honk its way through different landscapes. This particular goose is a migrating bird, and it was – unfortunately – separated from its flock. Your task is to help it fly through each location so that it can survive, avoiding predators and collecting items along the way, as you take it through the different levels that the game has to offer. The Nintendo Switch version also includes the Neon Sea DLC as a bonus, which adds three retro-styled stages to the game, as well as a synthwave soundtrack to match. 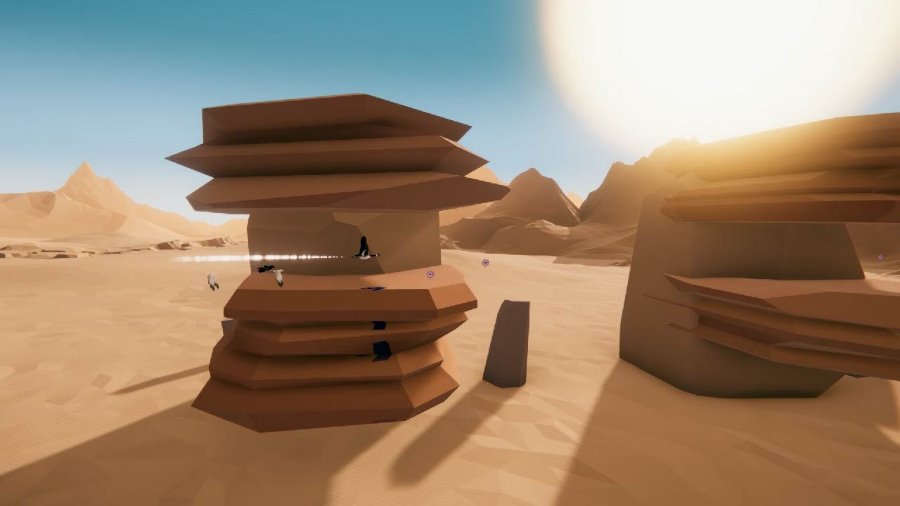 You can play Dune Sea in one of two modes: Classic and Zen. For Classic, you’ll be helping the goose fly around each of the levels as you keep it away from predators and try to make it to the end of a stage in one piece, in hopes of finding its flock before it’s too late. For Zen Mode, the goose will be invincible, which will allow you to carry on exploring with ease. As expected, playing in Classic will be more challenging than taking on this one in Zen Mode.


You’ll move your goose with the left analog stick, flapping its wings by pressing and holding down the ZR button, diving down from the sky with the ZL button. You can also do a roll with the X button and can honk away over and over again by pressing the A button. If you want to land, you will need to press the B button when you’re close to a surface on which you can perch yourself. Any move you perform will cost stamina, which is why you need to be aware of the stamina bar at the bottom right of the screen. 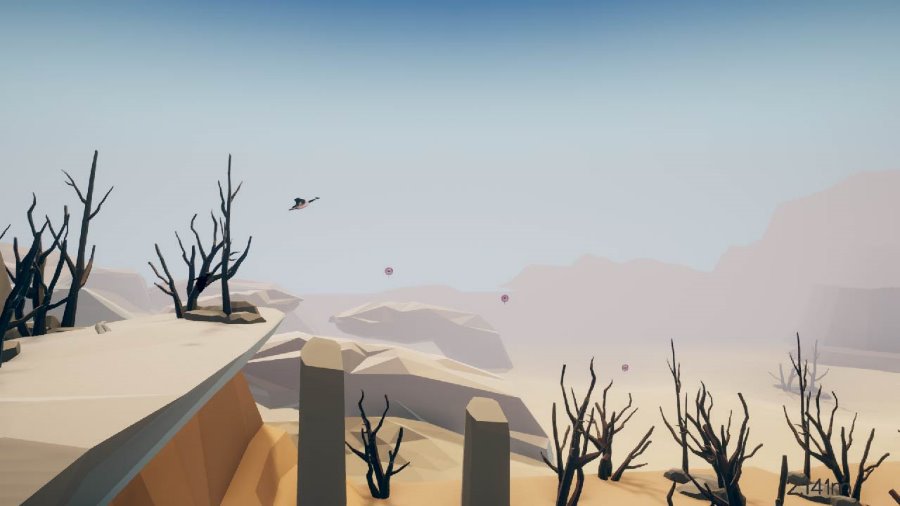 To regain some of the stamina you’ve used up, you can collect different food items, such as seeds or fruit, to recover some of it as you continue to fly. You can also land on special platforms that are marked with a distinct glow, located next to a checkpoint that will also save your progress in the level up to that point. Once your stamina has been fully recharged, you’ll be able to carry on with your journey. There will also be checkpoints sans these platforms so that if you crash into a rock or run out of stamina and fall to the ground, you won’t have to start from the beginning of the stage. You can also land anywhere on the ground to slowly charge up your stamina, but this could prove to be dangerous in the later levels of the game.


As you explore each stage, you might end up finding a flock of birds, which will be marked by each of the birds having a bubble around it. If you honk when near them, you can call one of them to join you. Continue flying, and you could find a floating gate that requires you to have X number of birds following you in order to trigger a short racing-style scenario in which you have to fly through a series of extra hoops to trigger an event. This event could be that a rock falls on a landsquid – more on these in a bit – or that a passage up ahead opens up, allowing you to grab a collectible. 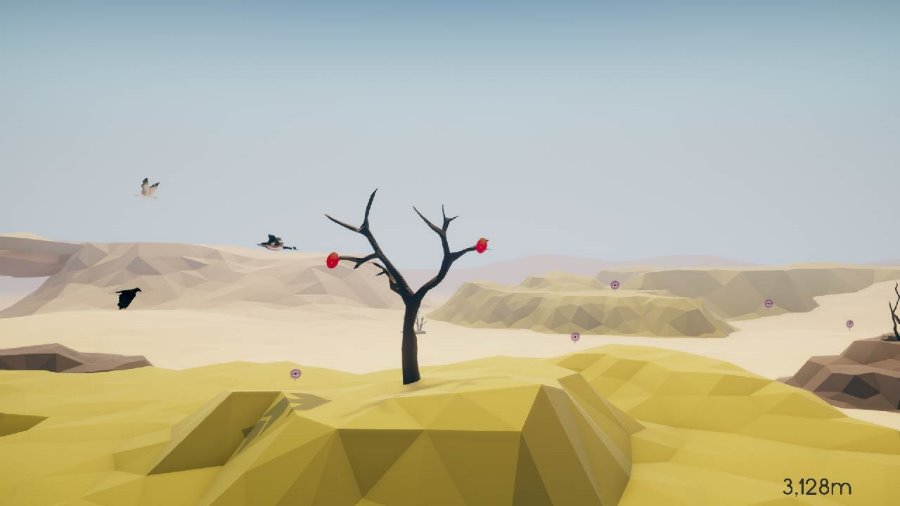 Landsquids are the dark entities you’ll find in some stages, which hunt by using their large tentacles. If you fly too close to it, you’ll become its dinner! You’ll also run into a coyote if you’re not careful… or, to be more precise, it will run into you if you end up spending too much time on the ground and not pay attention. As mentioned before, checkpoints will help you to recover from any mistake you make so that you can quickly respawn and carry on with your journey. 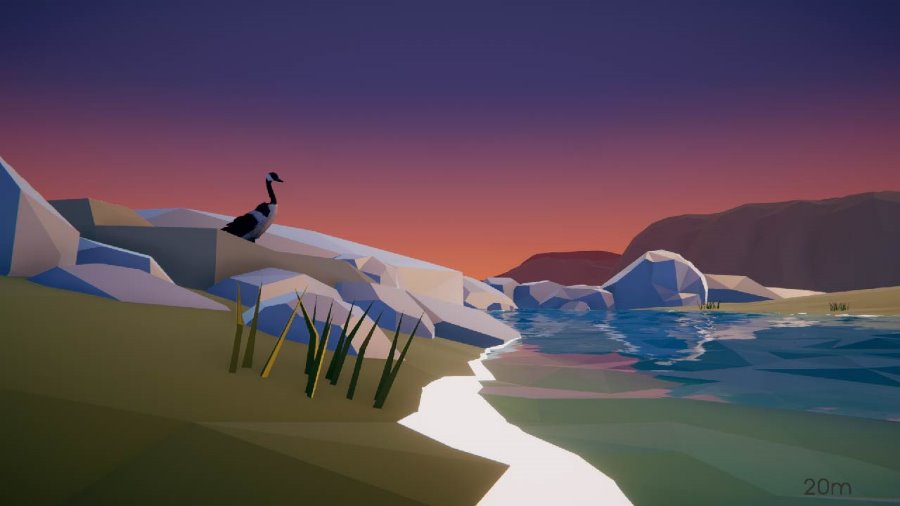 Dune Sea is a 2.5D side-scrolling adventure with a minimalist but colorful art style that will present to you a short adventure that you can complete in 2-3 hours or so. In the end, the game ends up feeling like a proof of concept, as if the team had plans to implement other objectives or change the pace here and there in some stages but ran out of time to implement things. There are also some bugs I ran into when playing that forced me to restart my run since my goose ended up stuck within a rock wall or fell through the floor, with nothing I could do to continue flying. Dune Sea is out now on Nintendo Switch with a $9.99 asking price.

Disclaimer
This Dune Sea review is based on a Nintendo Switch copy provided by Joydrop.

Shady Part Of Me Out Now