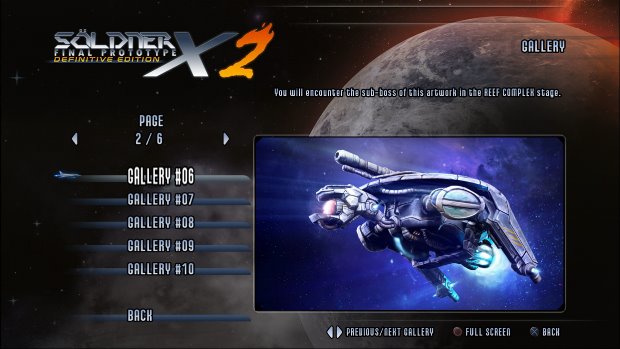 Söldner-X 2: Final Prototype Definitive Edition features dynamic difficulty, which will be adjusted on the fly based on your performance. This is represented by your player rank, which is displayed with a letter grade that goes from G to S. You can increase your rank by improving your score multiplier, which means you’ll be able to get a higher score but will also have to deal with a higher overall difficult. A low rank means you’ll have fewer enemies and bullets to deal with, while a higher rank will bring the game closer to bullet hell territory.


You’ll be controlling your spaceship with the left analog stick or the D-Pad as you fly through each mission, trying to avoid as many attacks as possible. Your spaceship’s main weapon will be mapped to the X button, which is the button you’ll be using the most for this adventure. You can add more weapons to your arsenal as you progress through each stage, which means you’ll have to switch between them with the L1 and R1 buttons. You also have a powerful shockwave attack you can use with the Square button, as well as a mighty limit attack that is mapped to the Circle button. 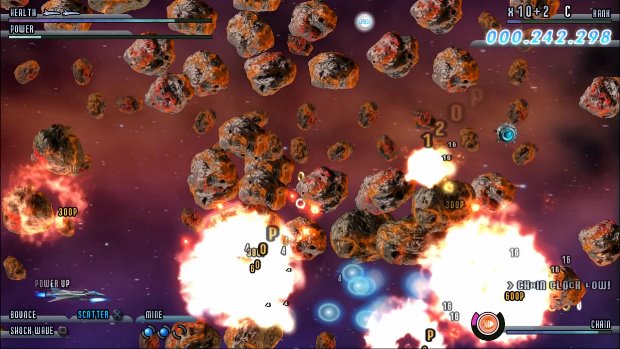 Depending on the ship you select – with two options available when you being to play – you will start with a pair of main weapons you can switch between. Each weapon will have its own energy bar, so you’ll need to pay attention and switch as needed so that you don’t end up without any energy. Collecting pickups – more on this below – will allow your currently equipped weapon to recover a bit of energy while also giving some energy to the other two weapons that are not currently in use.


Your spaceship can be powered up with all of the different items you can collect from the enemies you defeat. These will also sometimes pop into the screen on their own. These include small and big powerups, a speed up booster, increases to your score multiplier, bonuses to your score and chain, health recovery items – of the small, medium, and large variety, a shield to protect you from attacks, a wave laser, a very useful spread beam, and even a secret key that will be used for secret things. 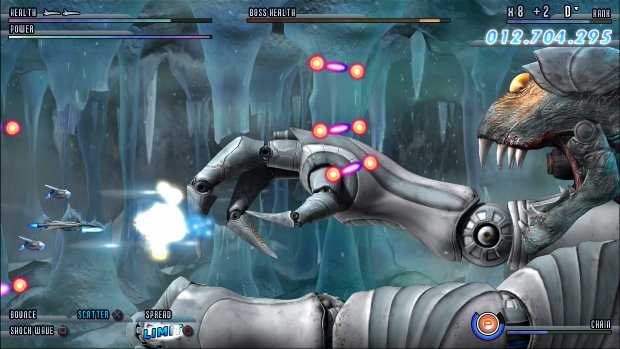 What are these secrets? They’re extra stages! You will need to collect five secret keys in each of the main stages that Söldner-X 2: Final Prototype Definitive Edition has to offer so that you can unlock all of the secret bonus stages to explore. You can see how many keys you’ve collected by reviewing the list of stages from the main menu. If you want to collect all of them, be sure to pay attention to the enemies that have a particular glow to them since this means they’ll leave behind a pickup when you destroy them, which could be the key you’re missing!


When you defeat enemies or considerably damage larger enemies, you will notice that gold rings show up. These are called chain rings and will be added to the chain clock time at the bottom right of the screen, as well as to the chain extra count. If you collect enough chain rings to fill up the chain bar before the chain timer runs out, and the target extra displayed on the bottom right will be released, helping you on your mission. 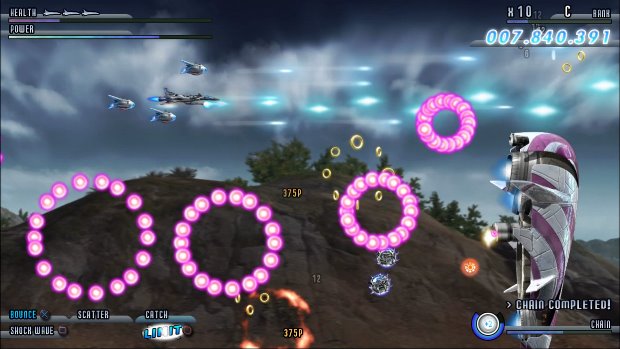 As mentioned before, it’s been ten years since the release of Söldner-X 2: Final Prototype on PlayStation 3 and PlayStation Vita, and trophy hunters will be happy to learn that the trophy list for this revamped Definitive Edition has been upgraded! This time around, you’ll be working towards unlocking a full trophy list with a Platinum trophy for your collection. The objectives for the trophy list include completing the first, third, fifth, and seventh stages, collecting all secret keys in each of the game’s seven main stages, shooting down a rare enemy, as well as a bunch for completing the different challenges the game has to offer. 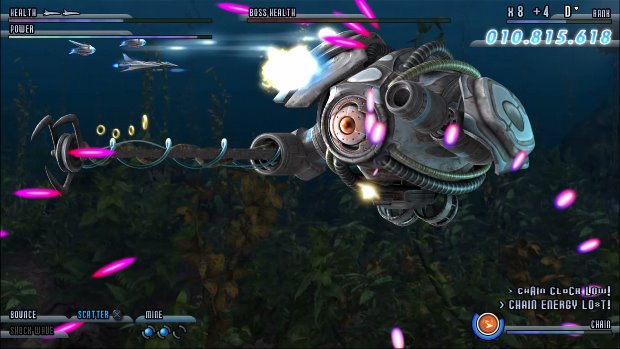 Disclaimer
This Söldner-X 2: Final Prototype Definitive Edition review is based on a PlayStation 4 copy provided by eastasiasoft.