As the name suggests, beat ‘em up Cobra Kai: The Karate Kid Saga Continues from FLUX and GameMill Entertainment is based on the hit series that brings back actors Ralph Macchio and William Zabka as former – and once again – rivals Daniel LaRusso and Johnny Lawrence, with the story being set more than 30 years after the faithful tournament that Daniel won with a very unconventional attack. The series got its start over at YouTube Red – later rebranded as YouTube Premium – before eventually making the jump to Netflix, where a third season will premiere next year, with a fourth one already being approved. 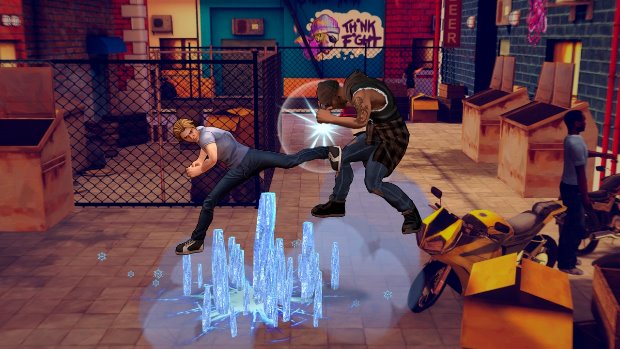 The story for this video game release plays off from what the show has done while also offering a new standalone story that is presented from the point of view of Daniel LaRusso and his Miyagi-Do students – Sam, Robby, and Demetri – and Johnny Lawrence and his Cobra Kai disciples – Miguel, Hawk, and Tory. You can pick one side or the other, but if you want to experience the whole story, you’ll have to finish the game with all of them. Since this is a video game, there is some creative license in place, as you’ll see from the trailer above.

The Cobra Kai dojo will have access to fire attacks, as well as being the strongest of the two groups, with more powerful attacks and stronger combos thanks to their “No Mercy!” mentality. On the other hand, the Miyagi-Do members will have access to freezing attacks while also having lore hit points for each character, along with stronger counters thanks to their focus on defense. And if you’re wondering if the actors are reprising their roles for the game or if we get to listen to soundalikes, the answer is that yes, members from the Cobra Kai cast are the ones lending their voices to their video game counterparts.


You can move your character with the left analog stick or the D-Pd, but you must select your preference from the options menu. Why? Because whichever option is not selected will be used for swapping between the characters in your group. Any character that is not currently taking part in the on-screen action will recover some of its lost health, represented by the red on your health bar. You can also eat some food to recover a bit of your health as well, so biting into a hot dog or enjoying some french fries will go a long way. 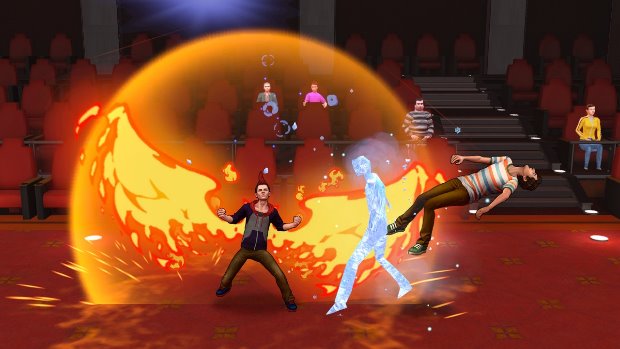 Double-tap in the same direction to make your character run. The Square button will be for punches, while the Triangle button will be for kicks. You can, of course, mix and match these buttons for combos, including delayed combos by timing your button presses just right. You can also attack when running so that you can get up close and personal with your enemies. The X button will be for jumping, and you can also use the attack buttons to attack while in the air.

Pressing the Circle button with the proper timing will allow you to parry an enemy’s attacks while also recovering some of your health. If you press the Circle button while pressing a direction on the left analog stick, you’ll be able to do a dodge, which will render you invincible for a moment until your character hits the ground. If you get close to an enemy, you can grab them, dealing some extra damage with the Square and Triangle buttons before you throw them with the Circle button. You can also press the R1 button to use the objects and surfaces around you to deal extra damage to opponents – slam them into a car during a combo! You can also pick up and throw weapons with the L1 button.


Each character will have a series of Personal Skills that can be used by pressing the R2 button and the Square, Triangle, Circle, or X buttons. There are also Dojo Skills that can be used with the L2 button and each one of the face buttons. Both Personal Skills and Dojo Skills will have a cooldown period before they can be used again in order to balance things so that you don’t spam them over and over again. You also have an Ultimate that you can use by pressing the L2 and R2 buttons at the same time once your Ultimate Meter is full. 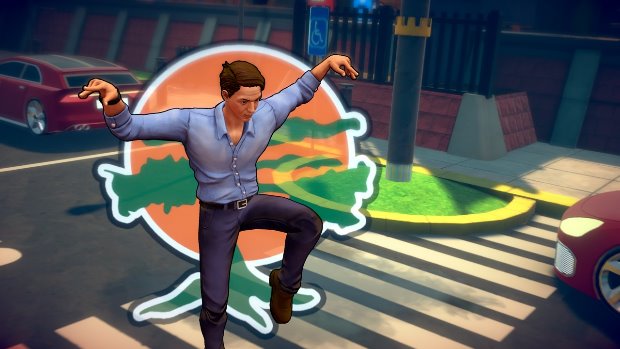 Combos are very important in Cobra Kai: The Karate Kid Saga Continues because the higher your combo, the more health that character can recover as a reward. Get good enough and land a B or higher combo rating, and you’ll be able to revive a character that has been defeated! Thanks to this, you can always find a way to make a big comeback after one of your characters falls in battle, that is as long as you can manage to unleash a flurry of consecutive with another member of your group.


There are many collectibles to find in the game, which will reward you for your troubles. There are also Karate Challenges that will task you with completing specific sets of objectives to gain extra tokens. You can also collect tokens by defeating enemies in each stage, and they can be used to improve each of your characters in the Character Upgrade section. There’s also the option of working hard towards improving in the Dojo Upgrades section, which can prove to be a good idea since these types of upgrades will be applied to your entire group.

Trophy-wise, since this is a full retail release, you can expect to find a full trophy list to work on. The first trophy you’ll get is when you start a campaign either as Cobra Kai or Miyagi-Do. After this, most of the rest of the trophies will pop as you play through one or the other campaign. There are trophies for finding the different collectibles in each stage, for defeating some of the game’s bosses in specific ways or with particular characters, as well as for purchasing upgrades for your characters and the dojos, to name some examples. 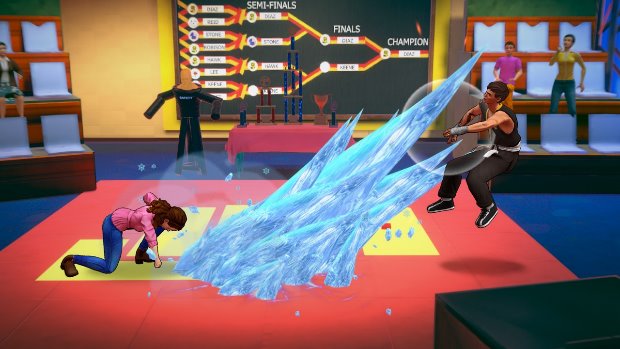 Cobra Kai: The Karate Kid Saga Continues is a fun beat ‘em up that takes the characters and settings of the new series to give us two different sides to the same story, seen from the eyes of those in the Cobra Kai and Miyagi-Do camps. It has fun gameplay mechanics, characters that do feel different from one another, and more than enough content to justify its $39.99 asking price.

Disclaimer
This Cobra Kai: The Karate Kid Saga Continues review is based on a Nintendo Switch copy provided by GameMill Entertainment.

The Best Casino Games to Play on PS4