Fight Chaos in this ultimate version of Warhammer: Chaosbane, which includes the Tomb Kings expansion, all existing content and the new Witch Hunter class.

In the Old World ravaged by war and dominated by magic, you must rise up to face the Chaos hordes. Choose a hero from 6 character classes, equip the most powerful artefacts and prepare for epic fights.

• THE FIRST ACTION RPG set in the Warhammer Fantasy Battles world
• 6 CHARACTER CLASSES, each with unique gameplay, skills and equipment
• AN XXL BESTIARY with over 70 monsters aligned with the Chaos gods and epic boss battles
• OPTIMIZED FOR CO-OP: solo or with up to 4 players, local or online, purge Chaos from the world
• THE ULTIMATE VERSION OF THE GAME: unlock all DLC with this edition to enjoy an enhanced game experience and unlimited replayability!


Warhammer: Chaosbane Slayer Edition on PlayStation 5 is a new release that packs the original game with all of the DLC content while bumping up the game’s performance and look, with Warhammer: Chaosbane now running at 4K and 60 FPS. At its heart, it’s an action RPG hack and slash game, in a similar style as the beloved Diablo series – and Diablo III in particular. I am aware of the Warhammer universe in terms of the tabletop game, and there are quite a few games set in its universe that have been released for a ton of consoles over the years. There’s certainly a ton of lore you can dive into before playing Warhammer: Chaosbane Slayer Edition, but the game does a good job of setting things up for those new to this universe. 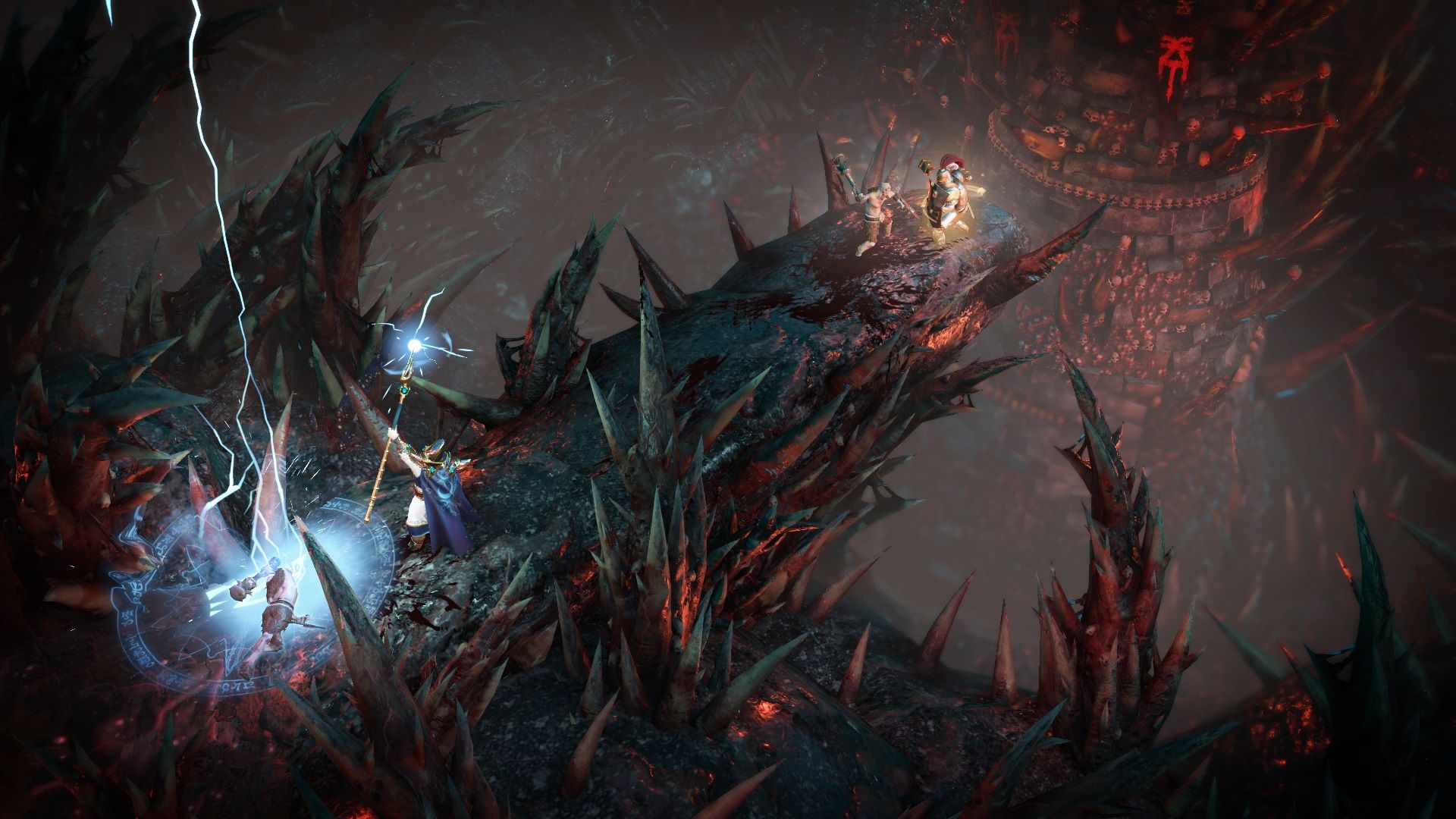 Warhammer: Chaosbane delivers on its action RPG hack and slash promise, so there’s lots of action and looting in your future on PlayStation 5. When starting up, you get to choose from a bunch of pre-created characters, each one rooted in the archetypes of the Warhammer universe. Each of these will offer a different class, so the way they control and the abilities they have access to will be different, so be sure to choose wisely! I ended up picking a human warrior as my main character.


Once you select your character, you’ll be introduced to the story by way of a cut scene. A moment later, you’re thrown straight into the action since you’ll have to defend your castle from an attack in the middle of the night! This is where the fun hack and slash starts. Warhammer: Chaosbane – Slayer Edition really doesn’t hold your hands as you play, and I kind of appreciated that. They know their demographic doesn’t need a long tutorial, so it lets gamers just start playing, giving us the occasional pop-up when necessary for showing us something that’s important. 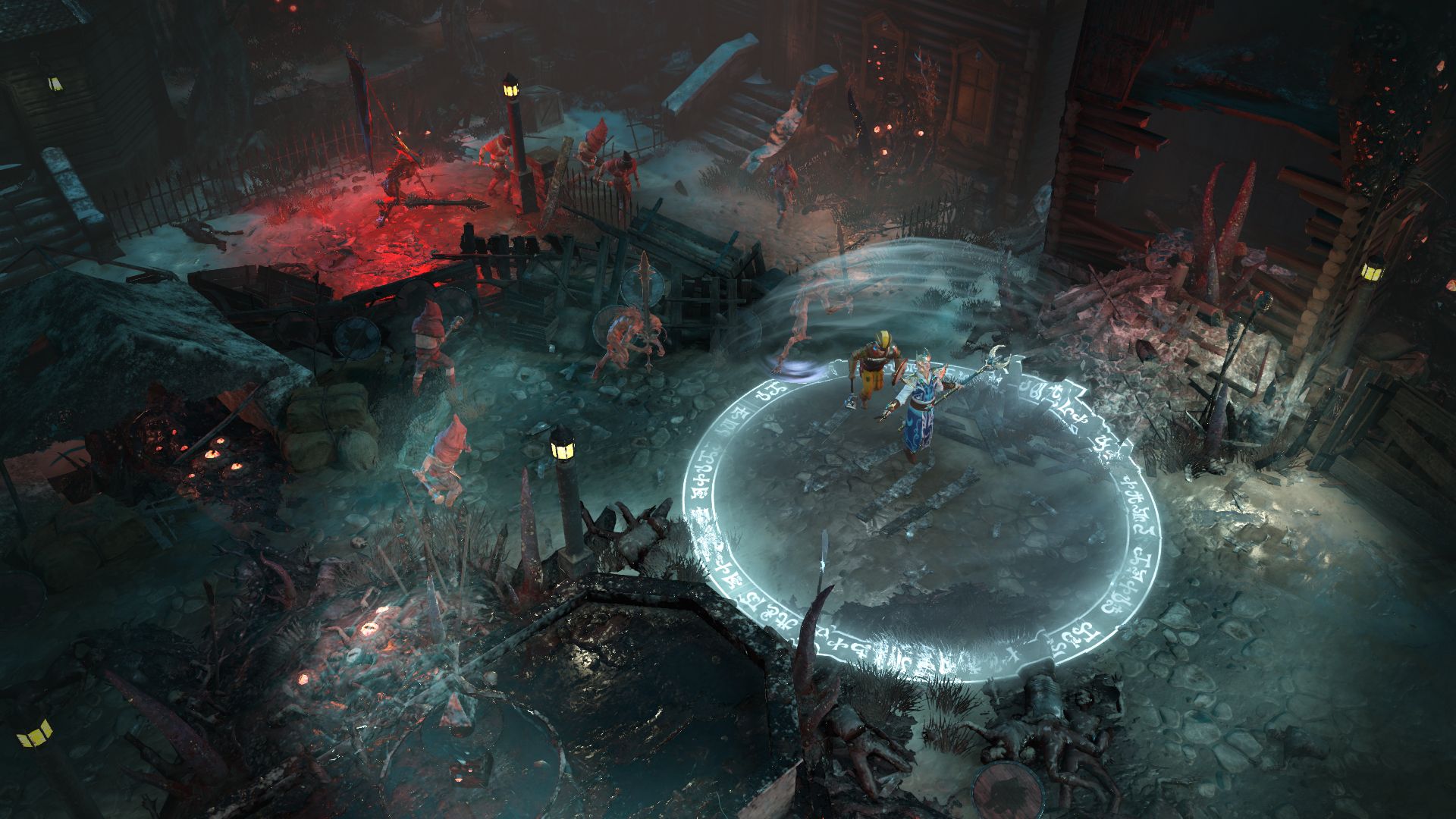 The gameplay loop is a lot of fun, which is always important for an action RPG of this nature. As expected, you’ll get a quest, which will usually ask you to find something or kill someone. Once you get going, you’ll end up fighting against a ton of enemies of different shapes and sizes as you try to make the most of your abilities and current loadout. Dispatch as many enemies as possible, pick up a ton of loot and gear, finish the quest, return to get your reward, and carry onward to a new quest. It’s a pretty safe loop, but it’s a proven and highly addictive gameplay loop for hack and slash titles.


What really impressed me, though, was how seamless the transitions were between set-pieces when playing this revamped PlayStation 5 take on Warhammer: Chaosbae. When playing Diablo 3 or Torchlight 2 on my PlayStation 4, the load times between areas were excruciatingly long, feeling like an eternity. Warhammer: Chaosbane – Slayer Edition handled transitions between locations in 3-5 seconds at most. This was great since it kept the flow of the game going with fewer breaks. From a visual perspective, it’s gorgeous on Sony’s new home console. The game is running at a smooth 60 frames per second in 4K. The detail on all of the enemies really stick outs, but what was even more impressive was the huge amounts of opponents that can fill the screen, all without the action dropping a single frame. 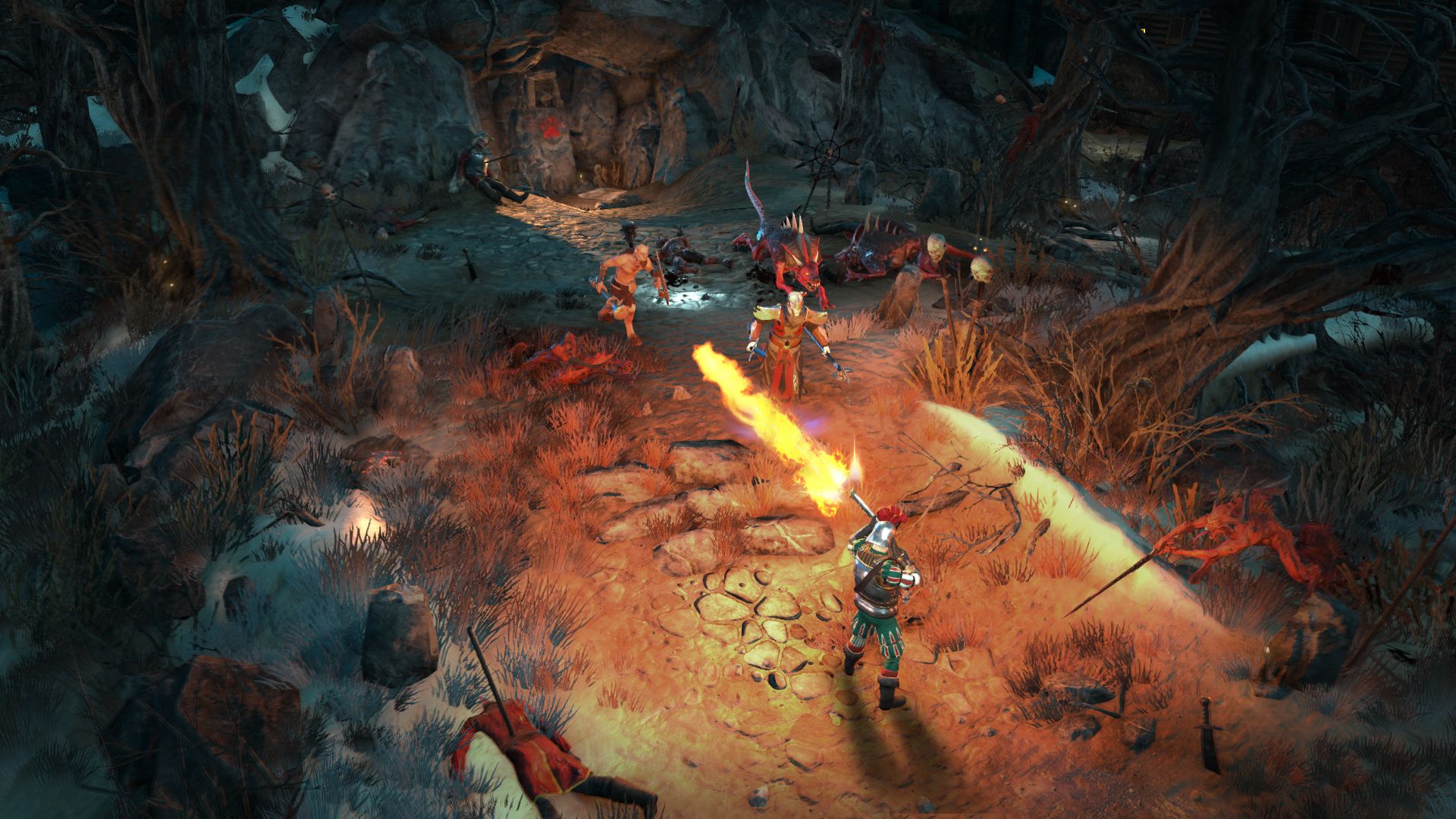 I did have a few issues with the game. Number one was the lack of special extra things done with the DualSense controller. It would have been cool if Warhammer: Chaosbane had made better use of the controller’s haptic feedback, the speaker, and the special triggers. Instead, you’ll get the standard rumble feedback you’re used to, which is not a deal-breaker but is something I did want to bring up. 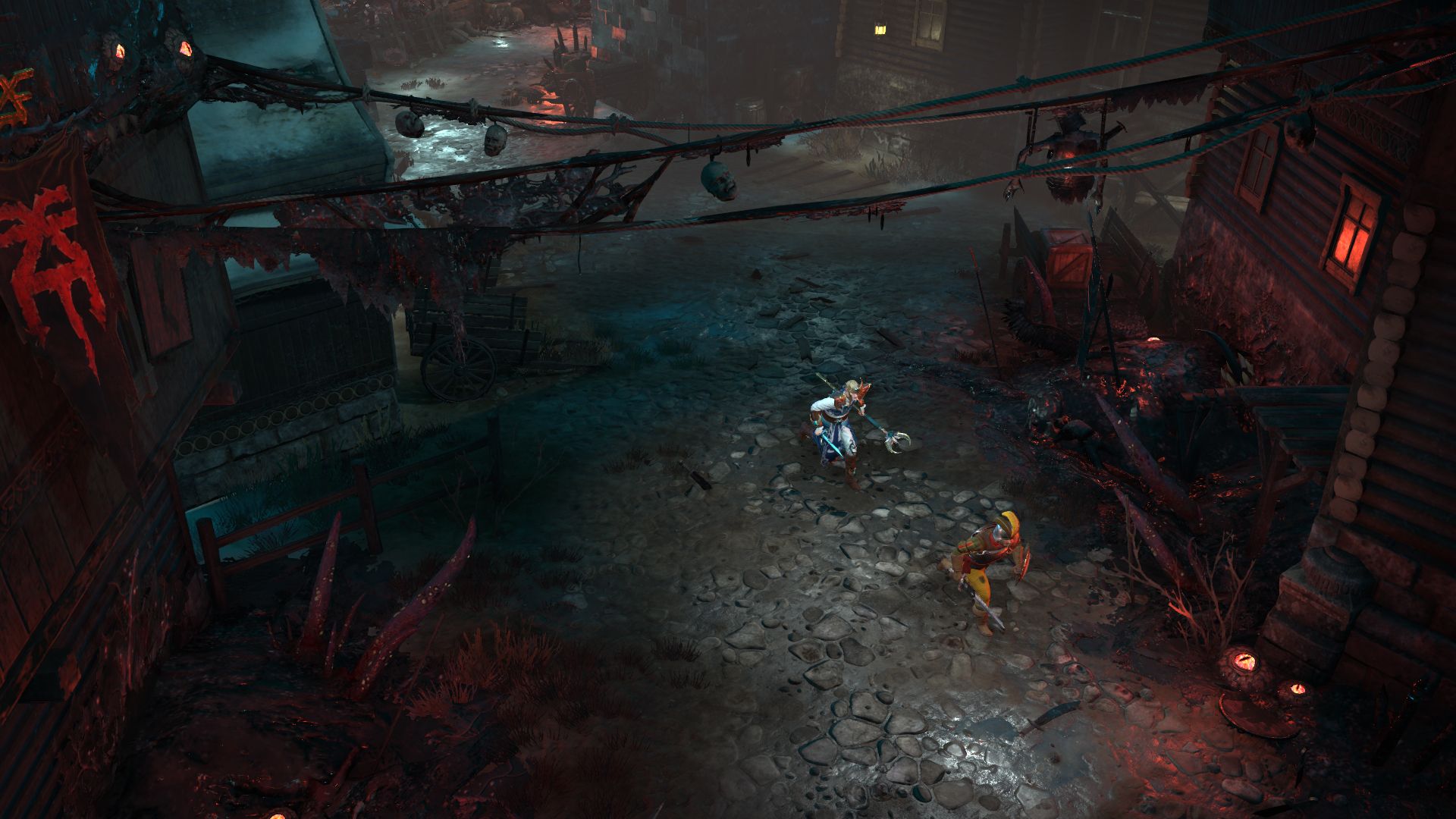 Warhammer: Chaosbane Slayer Edition is a fun but uninspired dungeon crawler hack and slash. If you’ve played other games in the action RPG series, you’ll know exactly what you are getting here and nothing more. What’s available on PlayStation 5 does offer a fun and satisfying gameplay loop, and the next-gen improvements in loading times and visuals do help it stand out in the launch window for Sony’s console.

Disclaimer
This Warhammer: Chaosbane Slayer Edition review is based on a PlayStation 5 copy provided by NACON.