Check your sack at the door because Craftworld needs you to save it. Help Sackboy rescue the other Sackfolk from the evil Vex and restore Craftworld back to what it used to be. Check out our Sackboy: A Big Adventure review!

Go solo in an epic race against time stuffed with danger and peril — or create teams of two to four adventurers for fun-packed party play as you work together to overcome nefarious tasks however you can imagine.
Can you save Craftworld from the dastardly Vex and his nightmarish Topsy Turver device… and become the Knitted Knight of legend?

• PERILOUS PLATFORMING EXPERIENCE
Explore here, there and everywhere as you utilize Sackboy’s cool, diverse moveset to face a huge variety of thrilling challenges, fierce enemies and startling surprises.
• COLLABORATIVE, CHAOTIC AND JOYFUL MULTIPLAYER
Take on side-splitting challenges in local and online* party play. Parties can play through the whole game — including unmissable co-op-only levels.
• RE-STUFFED. RE-STITCHED. RE-ZIPPED.
Sackboy returns to the big time, stuffed with fresh moves and game-changing gadgets in an awe-inspiring and downright fun 3D adventure in this new but familiar world.


Sackboy has returned, but instead of being in a LittleBigPlanet game, he is running solo in his first adventure on PlayStation 5. I am a big fan of the LittleBigPlanet series. I’ve Platinumed the third one and created a ton of stuff on the first two, so you bet I was more than ready to take this new Sackboy experience for a spin! When LittleBigPlanet launched, it had the motto “Play, Create, Share.” While LBP included a great single-player game starring Sackboy, it also included game creation tools so that you could build your own levels and share them with the world. All of the LBP games going forward had the same template, with a single-player campaign, followed by being able to create new stuff or partake in the community-built levels by players from around the globe. Sackboy: A Big Adventure drops the LittleBigPlanet name and all of the creation and sharing elements, yet it manages to keep the spirit alive – oh, and if you’re looking to scratch that creative itch, you can certainly take on Dreams on PS4!

Now Sumo Digital has taken full control over Sackboy and created a new adventure for him. They did work on LittleBigPlanet 3, taking the reigns from Media Molecule, but the third game in the series did end up with the shortest campaign of the bunch. This had me a bit worried when I was about to start my time with Sackboy on the PlayStation 5, but after playing the game for our Sackboy: A Big Adventure review, I’m happy to say that this is the best game with Sackboy, and certainly one of the best games on the PlayStation 5. 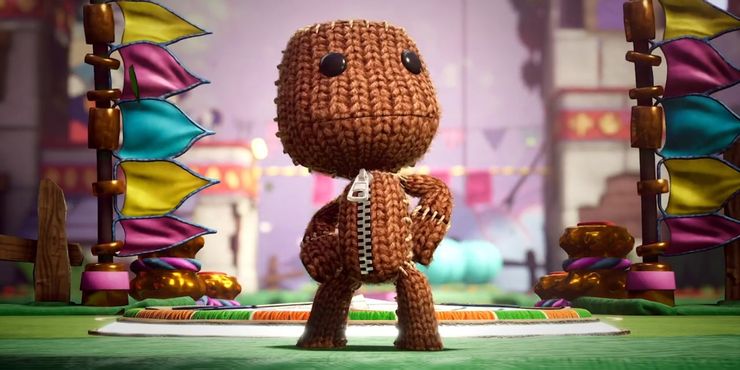 In this new adventure, Vex comes to Craftworld and kidnaps all of the sackfolk, leaving Sackboy behind on his own. Because of this, our hero sets out on a new quest to find all of the sackfolk after Vex accidentally drops his plans when leaving the area. Vex has a ton of personality and shows up regularly throughout the adventure, and this character is certainly a highlight of the experience. Is it the most unique story? No. Does it get the job done and manages to give us a standout villain that we’ll always remember? Indeed!


Sackboy has now gone from being a 2.5D sidescroller to exploring a 3D platforming setup, in a way that made me think about Super Mario 3D World. With these new and rich 3D environments comes a bevy of new enemies and power-ups. Every level is now mostly presented from an isometric viewpoint, with you guiding Sackboy around each location, jumping on enemies, or smacking them with your hands, but some enemies will require that you handle things a bit differently. 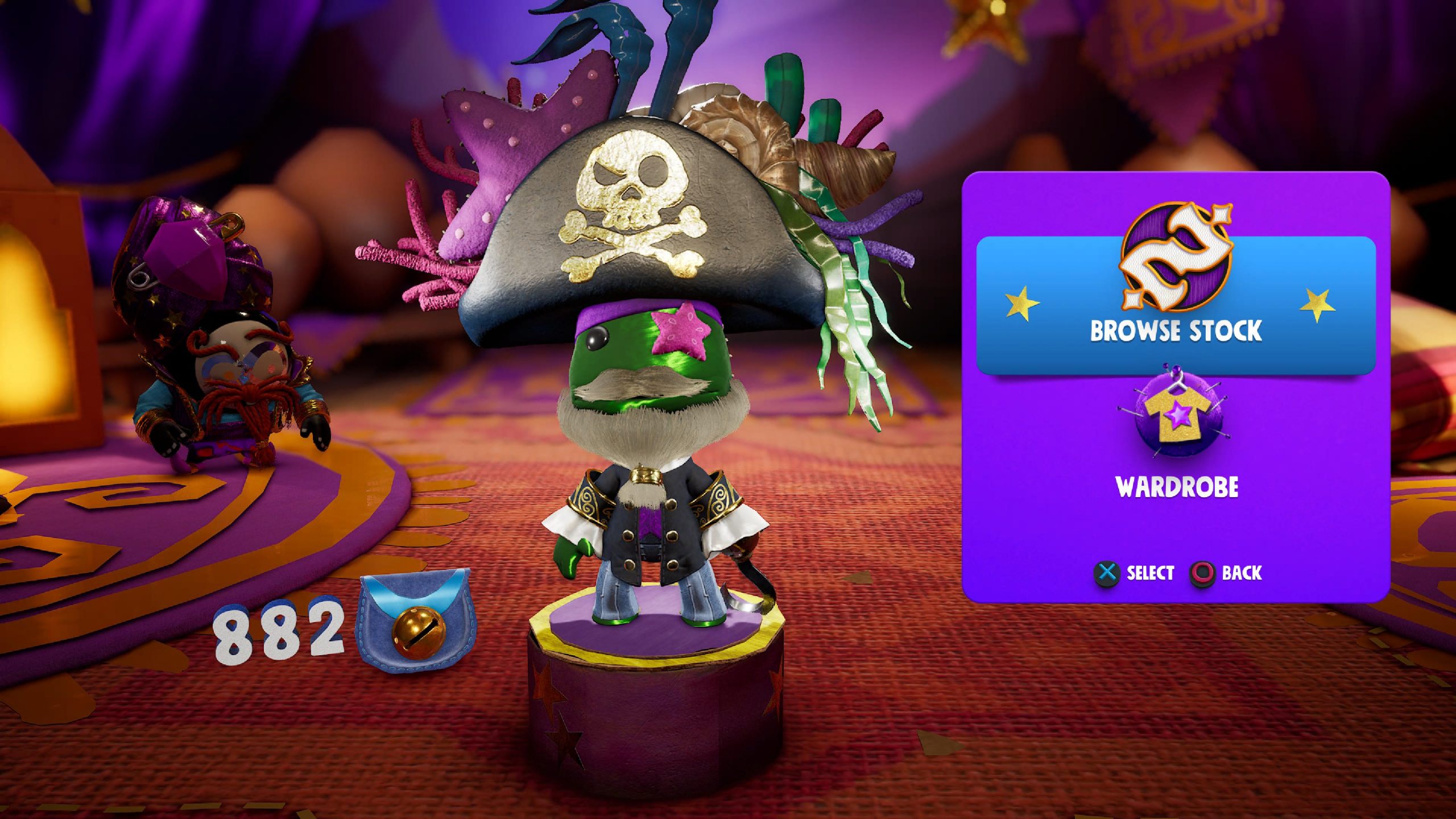 Every level asks that you complete a few goals. These include finding all of the dream bubbles, grabbing all collectibles, collect as many score bubbles as possible, and acing the level, which essentially means you have to get through it without dying. It’s a lot, so don’t expect to find everything on your first run-through! I would usually get to the end of a level and be missing a ton of stuff since most of it is hidden away from the main path. I was definitely up for going over each level again to try and find everything since it’s a very fun gameplay loop.

LittleBigPlanet always had some power-ups for Sackboy, and that doesn’t change here. You will get access to a boomerang, a grappling hook, and a pair of hover boots, which also can hurl balls of energy to destroy enemies. It’s a good mix of tools. When you get one at the beginning of a level, you know you are in for a treat! My biggest wish was that these were permanent add-ons, instead of being used for just a level, since I would have loved to revisit previous levels and find things I couldn’t get to before as I didn’t have the proper power-ups – who wouldn’t want a Sackboy Metroidvania? 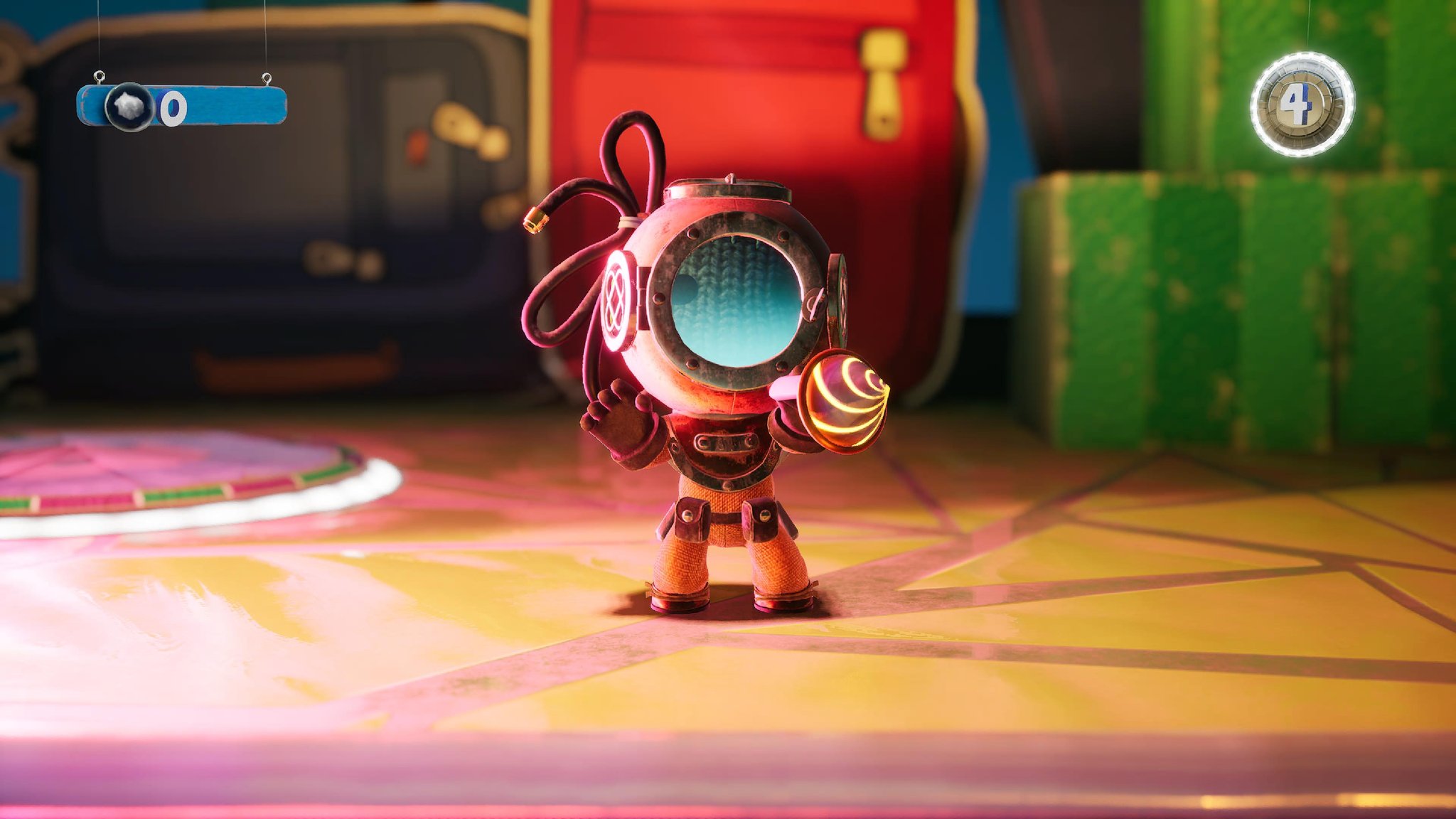 The levels also vary in content quite a bit. You’ll have your standard 3D exploration levels, you’ll have ones that put you on a moving vehicle, and you need to fight the enemies coming onto it and take detours as it keeps moving to find hidden secrets, levels where you have to move things into specific spots to be able to proceed… but my favorite one happened to be the music levels! There are levels set to contemporary and older pop music that are just a jam to get through. Everything changes, with enemies moving in time with the beat, as do the objects in that stage! Even vocals are triggered by how far you’ve progressed on the stage. The first one was Uptown Funk by Mark Ronson featuring Bruno Mars. The level just seemed to be so alive. I got really excited every time one of these levels popped up. It’s not just these levels in which the music is awesome since the entire soundtrack for the game is great. I found myself jamming to all of the songs, bopping hard throughout this adventure.


For me, though, one of the big misses was the lack of online co-op at launch. There are levels that need to be played with at least two players, and, unfortunately, as I’m rocking the one DualSense at the moment, I couldn’t get my wife to jump in to experience them. I am looking forward to trying these levels in couch co-op down the line when I get a second controller, but it was disappointing there was no online option so that I could take on them with friends from around the world. That being said, it’s something the devs have mentioned that should be patched before the end of the year. 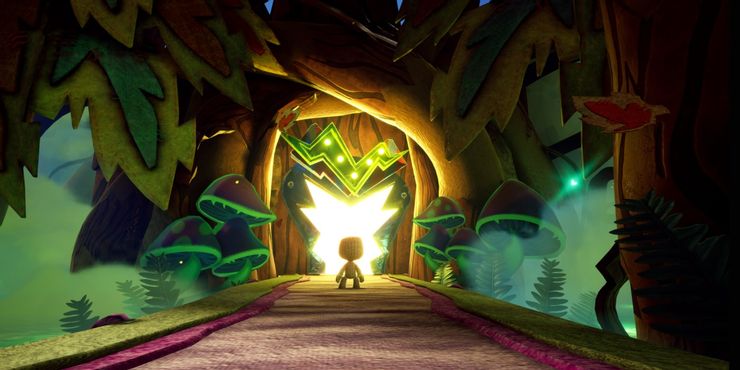 Costumes are still a thing as well, with some small changes. You can’t just change what your Sackboy’s look like wherever you want to. There is a new shop where you spend the Collecta-bells that you find in the levels to get new costumes and change your clothes while there. It’s not a great system since you’re forced to change clothes while at the store, but at least you can change into your saved costume designs or into fully completed costumes before you dive into a stage. Something I did like, though, was how once you found a piece for a costume in your wardrobe, you’ll see what set it belongs too, and how many pieces you have for it at the moment.

The other big addition to the game was the inclusion of time trials. You’ll discover these scattered throughout Craftwold, and will then get a chance to chase a gold completion time. It’s not easy to get the gold trophies, but what makes this even better on the PlayStation 5 are the leaderboards. You can compete against your friends, and when they get a time better than you, you will receive a notification about it so that you can instantly jump right to that challenge to try and get a better time. They are sprinkled throughout your adventure and will keep you coming back as you try to protect your best time totals! 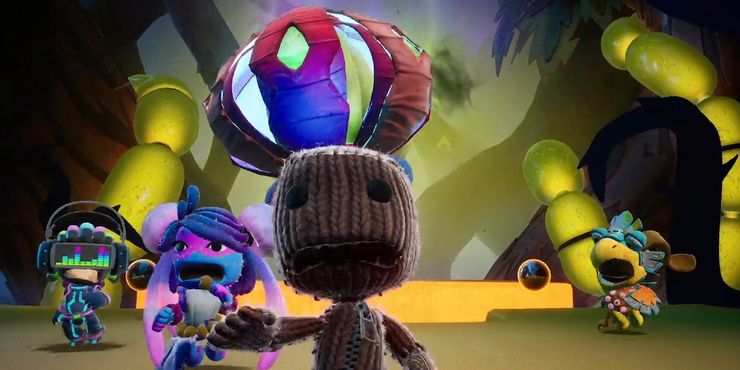 Sackboy: A Big Adventure is a special platformer that does a lot of things right on PlayStation 5. I’m glad that the team decided to focus on giving us a robust single-player experience. I’ve never been great at the creating side of the LittleBigPlanet equation, so I was definitely ready for a single-player adventure. There is a ton of great content to play, although it’s a shame online multiplayer couldn’t be ready at launch. Sackboy: A Big Adventure had me smiling from start to finish, and I’m looking forward to going back so that I can complete what I’m missing so that I can add a new shiny Platinum trophy to my collection. Are you ready to take on a wonderful adventure? 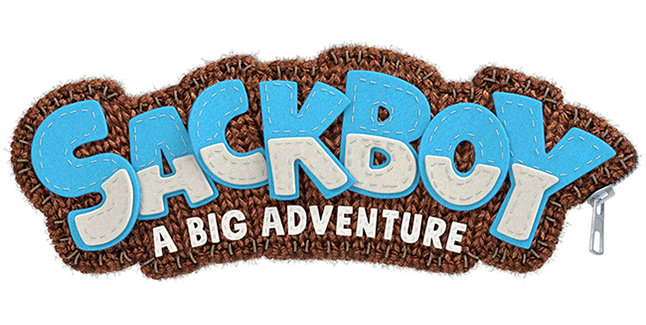 An excellent rebirth for Sackboy for a new console generation

Disclaimer
This Sackboy: A Big Adventure review is based on a PlayStation 5 copy provided by Sony Interactive Entertainment.

Where the Heart Is Out Next Month