1990s hip-hop-inspired JRPG Orangeblood from Grayfax Software and PLAYISM is one that definitely stands out on PS4. Check out our Orangeblood review!


In Orangebloood from PLAYISM, the story will start as many JRPG do, with your protagonist – and team members – being completely destroyed during a battle against enemies, they most certainly should not be facing this early in the game. In the case of Orangeblood, this is a group of Russian Mafia members who are 30 levels higher than them, which means they’re going to one-shot every party member on your side. After retreating to your companion’s place – and getting some new equipment – you’ll be ready to start your adventure. 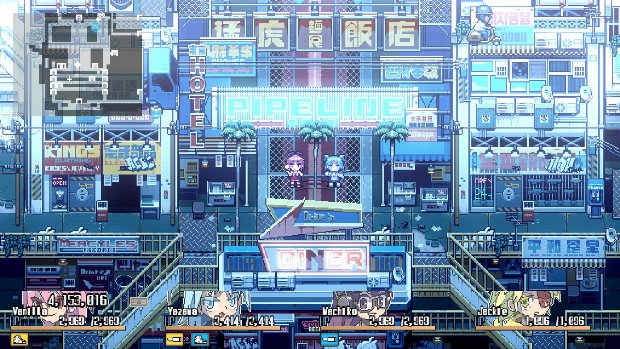 The game takes place at the end of the 20th century in New Koza, a manmade island off the coast of Okinawa. You start with Vanilla Vincent, who finds herself at the center of a gang war of sorts, having to pawn away her particular brand of “service” in exchange for winning her freedom. The game’s look and feel will instantly grab your attention since it features an old but new but old cyberpunk styled world, mixed with the always popular anime look you’d expect from a JRPG. The hip-hop influence is felt in the game’s soundtrack, but it’s also presented in its art design, with a solid groove that remains a constant during your time in Orangeblood’s gritty world.


When you’re in one of the game’s many turn-based battles, you can check on your enemy’s stats at any time by pressing the X button when hovering over the Enemy Analysis option on the fight menu. This will allow you to check out their names, overall level, hit points, attack, defense, and speed stats, if they’re carrying any items, what weaknesses and resistances they have, as well as if they have any particular status effect resistance so that you can plan your strategy accordingly. 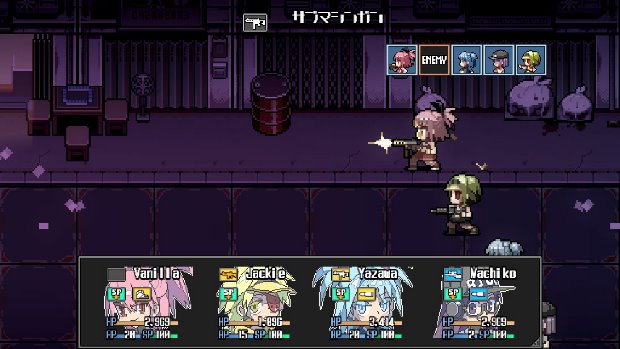 Once you’re ready to act, you will be able to attack with your weapon, reload if needed, check your equipment, or use one of your skills. Skills will use up Skill Points (SP) to balance things out, so you don’t end up abusing them. These could include, for example, Deep Breath, which increases a character’s Critical Rate for Aim bonus by 50%, Deadeye, which unleashes eight powerful attacks in a row to randomly selected targets, or Transition, which boosts HP recovery and defense every turn.


Exploring each area of New Koza will definitely be a highlight for your time with Orangeblood unless you feel overwhelmed by the busy design used for each location you’ll visit. You’ll need to travel high and low to be able to find the right path to take because sometimes you’ll end up climbing high up an elevator to the rooftop of a building where there’s really nothing for you to do. 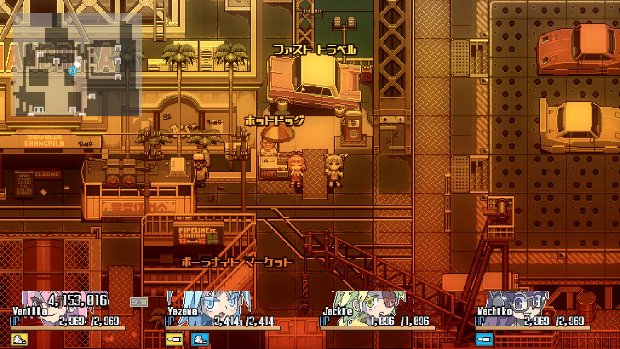 As for the trophies in Orangeblood, you’ll be taking on a full trophy list with a Platinum trophy at the end. Several of the trophies will be tied to some of your progress in the game, others will be unlocked from defeating specific enemies in the game. There’s also a group of trophies that can’t be tackled until the post-game section of Orangeblood. Oh, and you’ll also have to find a way to deal 1,000,000 damage with a single hit. 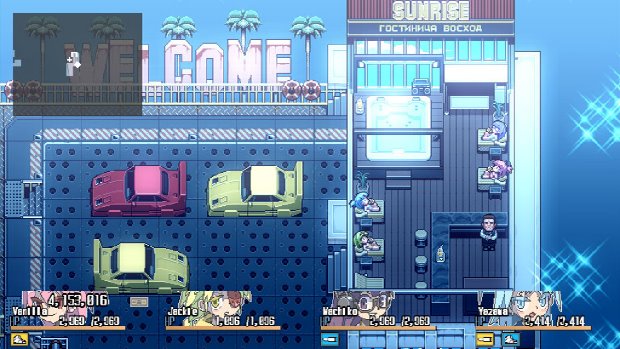 Orangeblood is a 1990s hip-hop-inspired JRPG that certainly has the music, look, and feel to back that up, but its gameplay does not match the other solid game design choices made by Grayfax Software and PLAYISM. Battles can feel grindy, and not in the usual way, and the way AP and SP are used in battle will rub some people the wrong way. But if you’re looking for a JRPG that is unlike anything else on the console, then this can be a good option. Orangeblood is out now on PlayStation 4 with a $19.99 asking price.

Disclaimer
This Orangeblood review is based on a PlayStation 4 copy provided by PLAYISM.