Hack and Slash your way through bloody battles as you take on wave after wave of zombies and hideous monsters. Check out our Onee Chanbara ORIGIN review!

The story of Aya and Saki, two sisters bound by mutual hatred and locked in a brutal fight to the death, has been revived and Leimagined.
Main character designer Katsumi Enami breathes new life into the characters, making this silky-smooth 60fps high-speed action game an unmissable treat.
All shall be revealed in this recreated re-release of the games that started it all in Onee Chanbara OrThe Story


Onee Chanbara ORIGIN is a remake of the original first two games that, for the record, I have never had a chance to play. That being said, I did play Onechanbara Z2: Chaos a few years ago for a review, so I knew what I was getting into.

Onee Chanbara ORIGIN is a fun, bloody – and I really mean bloody – action hack and slash game on PlayStation 4. You play as Aya initially, a sword-wielding, skimpy bikini-wearing killing machine. You are part of a special bloodline that makes a zombie hunter and grants you special powers, so you kill zombies. You do this as payment for a deal you have made. Since your bloodline is special, anyone who consumes your heart or a family member – living or dead – will get special powers as well, so while you’re hunting down zombies, you’re also being hunted. 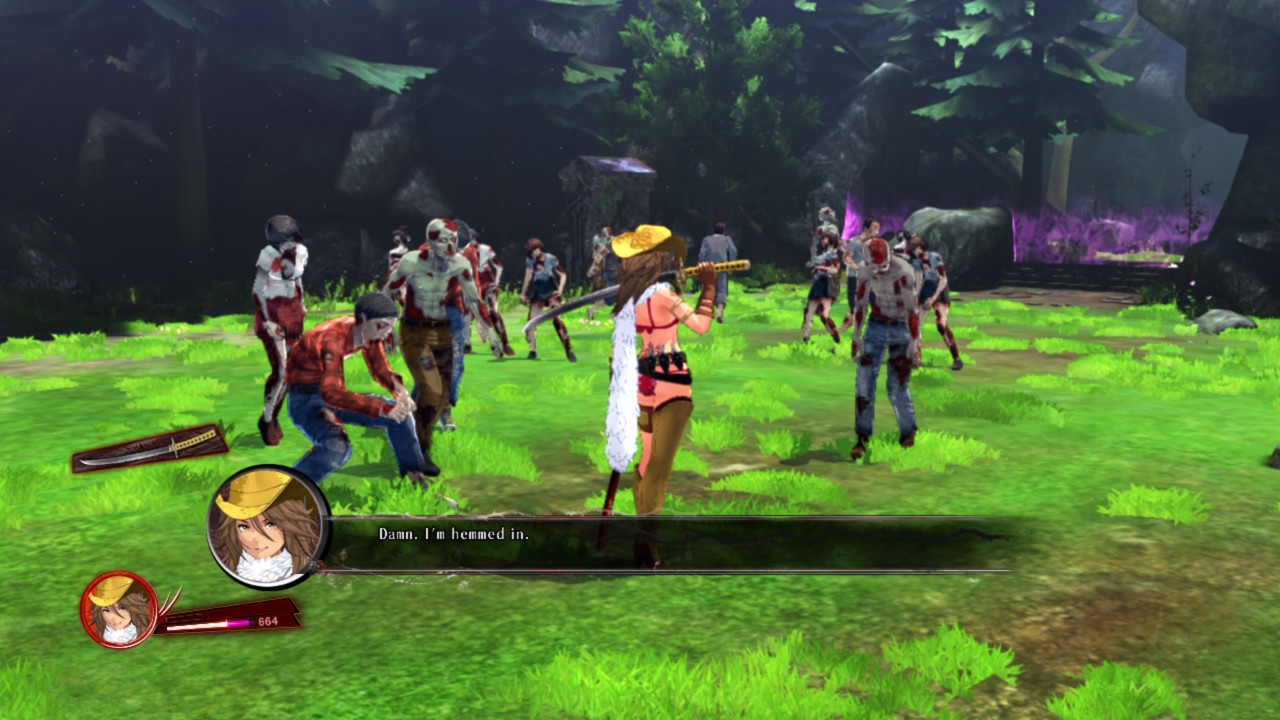 The story is very anime with some twists and turns throughout it, and you will eventually have your sister Saki join you, allowing you to switch characters, giving you a different feel as you play. The action is fierce and fast with some simple combos you can learn to maximize damage, and you will also be able to dash and parry – please learn to parry quickly as it will make your life so much easier. As you hack and slash your way through what feels like hundreds of zombies in each level, you will rack up huge combos and death counts, with your character ending up covered in blood from head to toe.

All of this blood and chaos serve a purpose, though. Your sword has a meter of how much blood it’s covered with, and when completely covered, you need to flick the blood off of it – which looks cool – or else you won’t deal full damage. But as your body becomes more covered in blood, you will end up going into a special mode, dealing more damage but also making yourself more susceptible to damage. It’s a good tradeoff, and, at the right time, it can make all of the difference in the world.

Onee Chanbara ORIGIN is a gory game, and you will have many different zombie types that need taking down, which feel unique. When you have hordes coming at you, you will need to identify which types they are composed of so that you can think of the best way to deal with them, so you should probably work on the more difficult ones first. As you hack and slash, you will take off limbs, heads and cut enemies in half in some of the bloodiest executions I have ever seen. 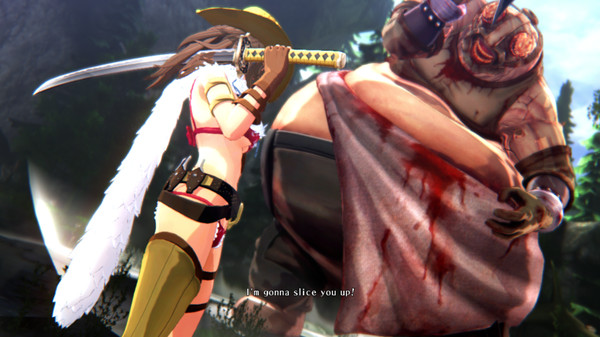 The bosses are a huge plus for Onee Chanbara ORIGIN as well, as they are all really unique and different, presenting a big challenge to your character. I’m not saying hordes of zombies don’t do this during a stage, but let’s are honest: they are fodder to lead you into the big fights. Boss fights were some of my favorite moments while playing this one!

I was a bit surprised about the length of the campaign, as it’s only about 8 hours long. I figured that since this was a remake of the first two games, it would be a longer experience. I just was surprised when it was over… although, in hindsight, it might have been the right size for this type of game. Longer isn’t always better, and with eight hours of wave after wave of zombies, I did have fun, and maybe I would not have felt the same way if the game had been longer.

The visuals for Onee Chanbara ORIGIN are really good. On my PS4 Pro, the game ran really well, keeping a solid framerate even when my screen was packed with zombies. It really did feel like playing through an anime, running beautifully. I guess my only complaint, and it’s not much of a criticism, is that because the main character is a skimpy bikini-clad female character, I didn’t feel like it was appropriate to play around my family. Everyone’s situation is different, though, so have at it with whatever makes you happy. If I didn’t mention the music, I would be doing myself a disservice as well. It has this funky techno-pop feel that just fits the gameplay so well. It really kept me playing as I was going through. 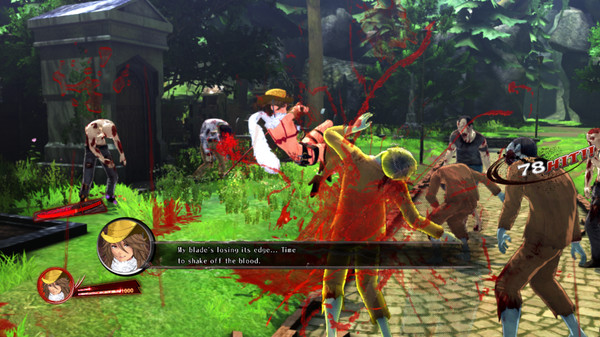 Onee Chanbara ORIGIN is a fun but repetitive hack and slash game that is not going to please everyone. That’s not entirely its fault, as it’s remaking two PlayStation 2 titles, so it ends up replicating and revamping the content from a pair of older games. But, in the end, the honest truth, though, is that it’s a ton of fun as you slash your way through hundreds of enemies and creative boss battles. Are you ready?

Disclaimer
This Onee Chanbara Origin review is based on a PlayStation 4 copy provided by D3PUBLISHER Inc.