Micetopia from Ninja Rabbit Studio and Ratalaika Games is a new 2D Metroidvania-style game out now on PS4. Learn more about it in our Micetopia review!


In Micetopia from Ninja Rabbit Studio and Ratalaika Games, you will be taking on an adventure through the titular magical kingdom of Micetopia. Your adventure will begin as you control Rich, the hero mouse that is called by the Elder mouse of the village. It turns out that evil forces have kidnapped every single mouse in the village, taking some of them to the caves to the west of the village, while others are taken to the forest to the east. Do you have what it takes to save all of them before it’s too late? 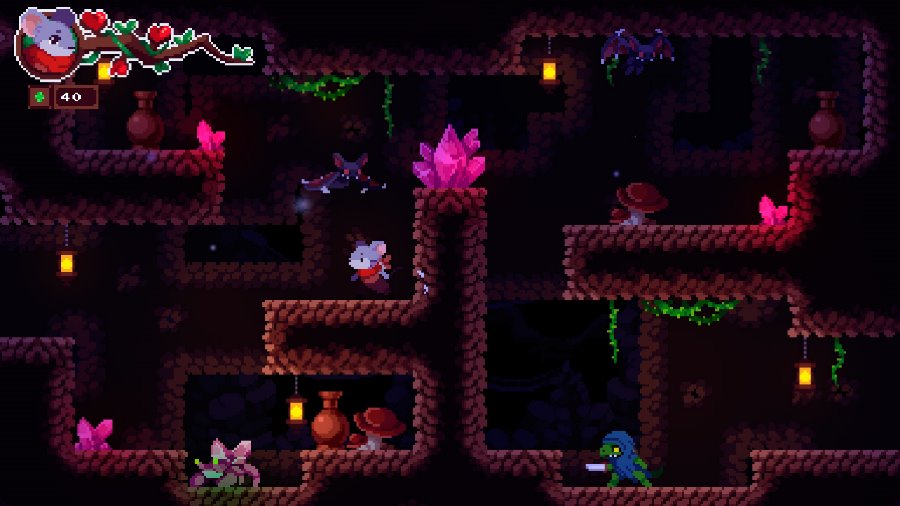 You’ll control your hero with the left analog stick or the D-Pad, jumping with the X button. Since this is a Metroidvania type of game, not that long after you start your journey, you’ll get to unlock a double jump that will allow you to reach much higher by doing a second jump while up in the air. You can attack by swinging your sword with the Circle button. Your health is represented by the bar at the top of the screen next to your character’s portrait that looks like a tree’s branch. You can also check your map by pressing the L1 button so that you can see where you’ve already been to and where you should be heading to.


As you rescue more and more villagers during your journey, you’ll get to unlock new weapons and abilities to aid you on this adventure. Once you unlock the bow, you’ll be able to shoot arrows from a safe distance by pressing the Square button – that is, as long as you have some arrows for it! You’ll, later on, get to add a dodge roll to your abilities, which can be done by pressing the R1 button. This will allow you to avoid attacks and go through enemies so that you can prepare to counterattack as needed. 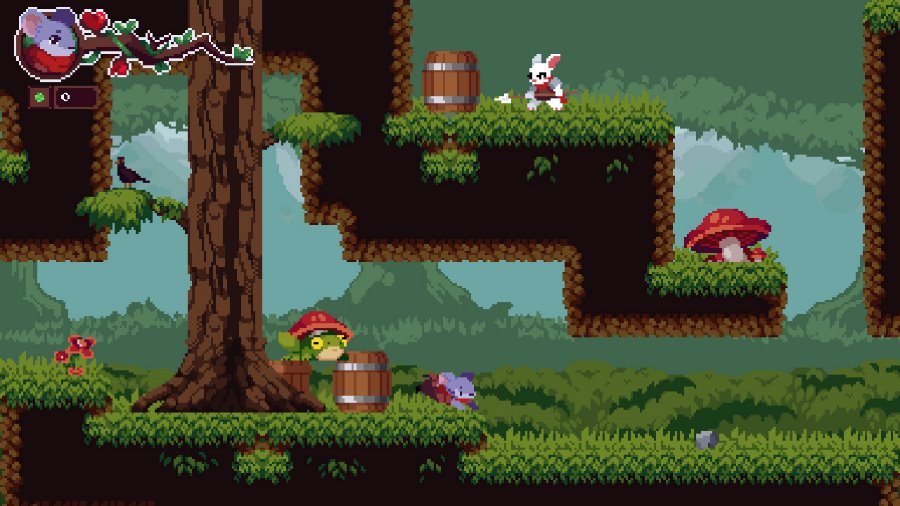 You will run into stone and crystal-covered bugs, giant killer bats, sneaky knife-wielding lizards, large goblins that will take a swing at you, toadstool wearing toads, or spear-wielding and eyepatch-wearing bunnies. And then there are the bosses. These will be larger than regular enemies and will have their own hit points bar that you will have to deplete. You will need to pay attention to each boss’ movement and attack pattern so that you can find the right time to attack. You’ll be eased into this since the first boss is a dragon that flies up and down and shoots fire, which is not that hard to defeat. 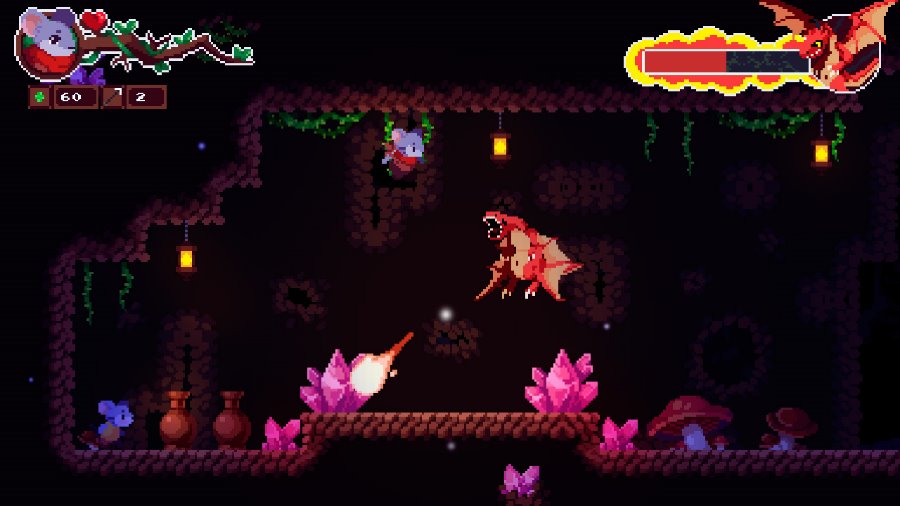 Along with avoiding enemies and their attacks, you’ll also have to act quickly as you jump on top of falling platforms, use fire to burn down giant cobwebs, bounce on ginormous mushrooms to gain some extra height for your subsequent jumps, use your bow and arrows to hit switches, avoid the always classic deadly spikes, and more. Having to run full speed ahead as you jump on a platform so that you can jump onward towards solid ground before the platform falls and drops you on top of deadly spikes is always a classic experience.

Trophy-wise, this is an easy game to 100% so that you can add a new Platinum trophy to your collection. In this Ratalaika Games release, you’re not actually required to complete the whole adventure and can add one more Platinum to your total count by defeating a goblin, one of the spear-wielding bunnies, as well as the first two bosses in the game. The rest of the trophies are for getting extra skills such as the double jump, the bow and arrow, and the roll, and for rescuing some of the villagers that have been abducted. 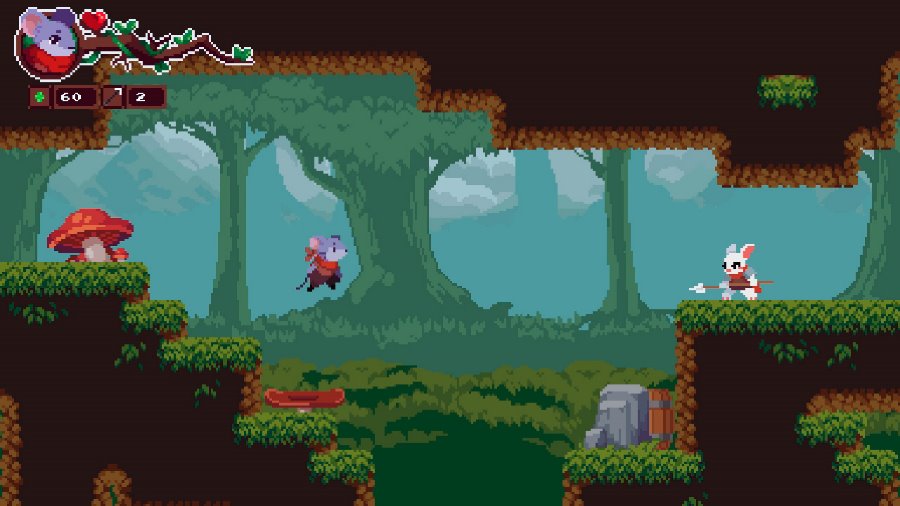 Micetopia is a fun 2D indie Metroidvania that does a good job at the whole “gain new abilities to carry on with your adventure” loop. It has easy to understand gameplay mechanics and a colorful art style, available at a budget price on PS4. At only $4.99, it offers a bite-sized adventure that is a fun one to experience on PlayStation 4.

Disclaimer
This Micetopia review is based on a PlayStation 4 copy provided by Ratalaika Games.

Neptunia Virtual Stars Out On PS4 Next Year