In stunning natural environments, choose your gear from the best official weapons and accessories and set off with your dog in search of a variety of animal species in this hunting simulation.

• Explore the plains of Colorado, the Texan desert and the forests of Europe in vast open worlds.
• Track down 33 animal species in their natural environment by using the best hunting techniques.
• Hunt animals with realistic behaviours and advanced artificial intelligence.
• Use your hunting dog to track your prey. Labrador Retriever, German Shorthaired Pointer and Beagle, each dog has its specific hunting attributes.
• Kit yourself out with over 160 weapons, accessories and clothing items from the best brands, including Browning, Winchester, Bushnell, Kryptek and Verney-Carron.


Hunting Simulator 2 is, believe it or not, a hunting simulator. I know, surprising, right? Jokes aside, I’ve never really hunted before unless you count the few times my dad took me out as a wee lad on a few short trips before he realized I wasn’t interested in it.

So as I haven’t really played any hunting games or hunted, here is my perspective of Hunting Simulator 2. I think it’s good! You start off by selecting your hunter, either a man or woman, with no big customization options – not even an option for changing skin color or hair color. That was disappointing in this day and age. Once you have picked a hunter, you can then head into the wilderness. 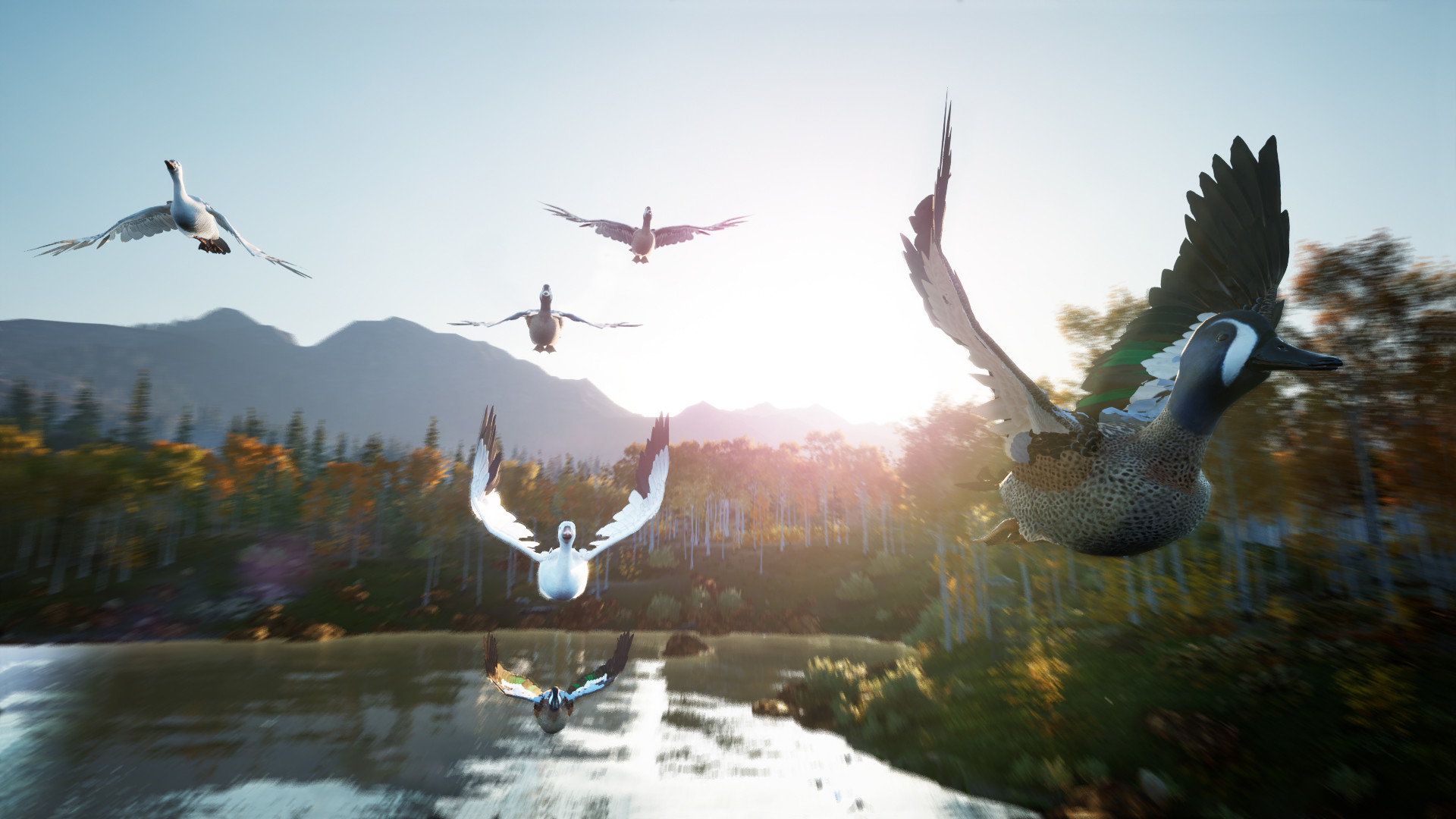 There is a tutorial voice in the game that will walk you through the process of learning how to hunt. I wasn’t sure how into the weeds it would get, but it gets down into the nitty-gritty. You can find tracks while out and mark them. If you have one of your doggy companions with you – I named mine Wilbur – they will actually help with the tracking process. Also, don’t forget to praise your dogs as it will help build your relationship with them!

As you slowly track your prey – I mean, slowly – I’ll come back to that, you will follow their tracks until you put yourself into a position to take a shot at them, whether on foot, from a blind spot, or a tower. If you hit it and it doesn’t drop dead, you need to track its blood trail to find the body to recover it and bring it back to your cabin. When you have used all of your hunting licenses, you can then head back to your hunting lodge.

It’s a neat gameplay loop, but it’s marred by a very slow pace while you move. After claiming my first deer, that was no more apparent than my 400-meter walk back, which felt like it took more than five minutes. There isn’t really a mission structure, but the gameplay loop is simple: head to the lodge, buy new clothes, gear weapons, and, most importantly, hunting licenses. In order to kill an animal, you must have the right license for the right area, which includes Colorado, Europe, and Texas, which will all have unique prey to hunt. 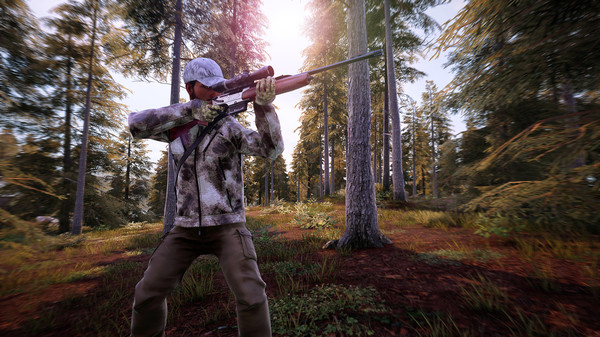 Once you get a license, load up with your best weapons for those animals you’re hunting. You can bring a bunch of licenses if you want and head out. Stalk the land looking for tracks and indications of your desired prey, track them down and kill them, collect your carcasses and return to the cabin to decide whether that animal will become a trophy in your lodge or turn into money. Then the loop starts again as you can use your freshly earned money.

I think the gameplay loop is fine, but for me personally, I would have liked to see more of a goal-orientated mission structure added as well, allowing the pace to switch up a bit while playing.

I had no issues with the visuals on my PlayStation 4 Pro, with the wilderness being realized pretty well. There is no soundtrack, per se, unless you consider mother nature to be its own soundtrack. If so, listen quietly all over the place, as you’ll never know what you could run into! 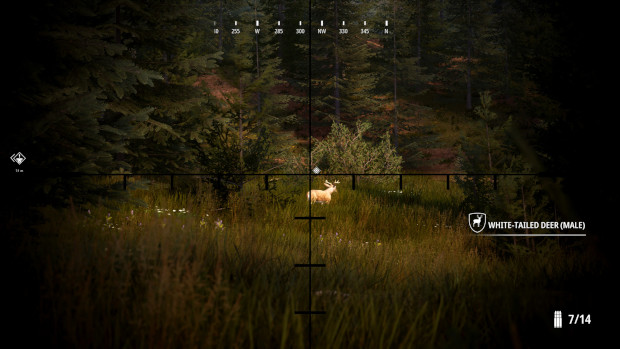 I wasn’t sure what to expect playing Hunting Simulator 2, as I hadn’t really played hunting games, and I’ve never really hunted before. I ended up finding the experience good overall, for me being marred personally by its slow walking pace and lack of mission structure. I do think if you are a fan of hunting, though, this would be right up your alley with a good gameplay loop that will keep you coming back for more.

Disclaimer
This Hunting Simulator 2 review is based on a PlayStation 4 copy provided by Bigben Interactive.

Sky Beneath Set For Console Release In 2021