Is Foregone a game you should dive into right away, or is it now too far gone? Find out in our Foregone review!


Foregone is a fast and fluid 2D action-platformer packed with legendary loot and stunning pixel art. Collect an arsenal of powerful weapons and unravel a compelling story of regret and conspiracy as you slice your way through hordes of enemies to save Calagan.

Years after a devastating war, the city of Calagan is once again besieged by an all-corrupting force known as the Harrow.

As the city’s strongest super-soldier, it’s up to you to investigate the Harrow’s origins and prevent its reanimated minions from destroying your home. But the Harrow isn’t just reviving the dead – it’s dredging up memories better left forgotten.

Unravel a compelling story of regret and conspiracy as you slice your way through hordes of enemies and carry out your mission to save Calagan from total annihilation.


Forgone is a new game from Big Bubble Studios, an indie team that’s actually located in my hometown of London, Ontario. I actually had a chance to play Foregone last year at EGLX in Toronto, and it ended up being one of my games of the show, so I was definitely looking forward to getting my hands-on with the final version on PlayStation 4! Foregone is a 2d action game featuring both Metroidvania and Souls-like elements. I love Metroidvania’s, but Souls-like gameplay mechanics are not usually my jam. That being said, I was surprised when I fell in love with the gameplay loop! 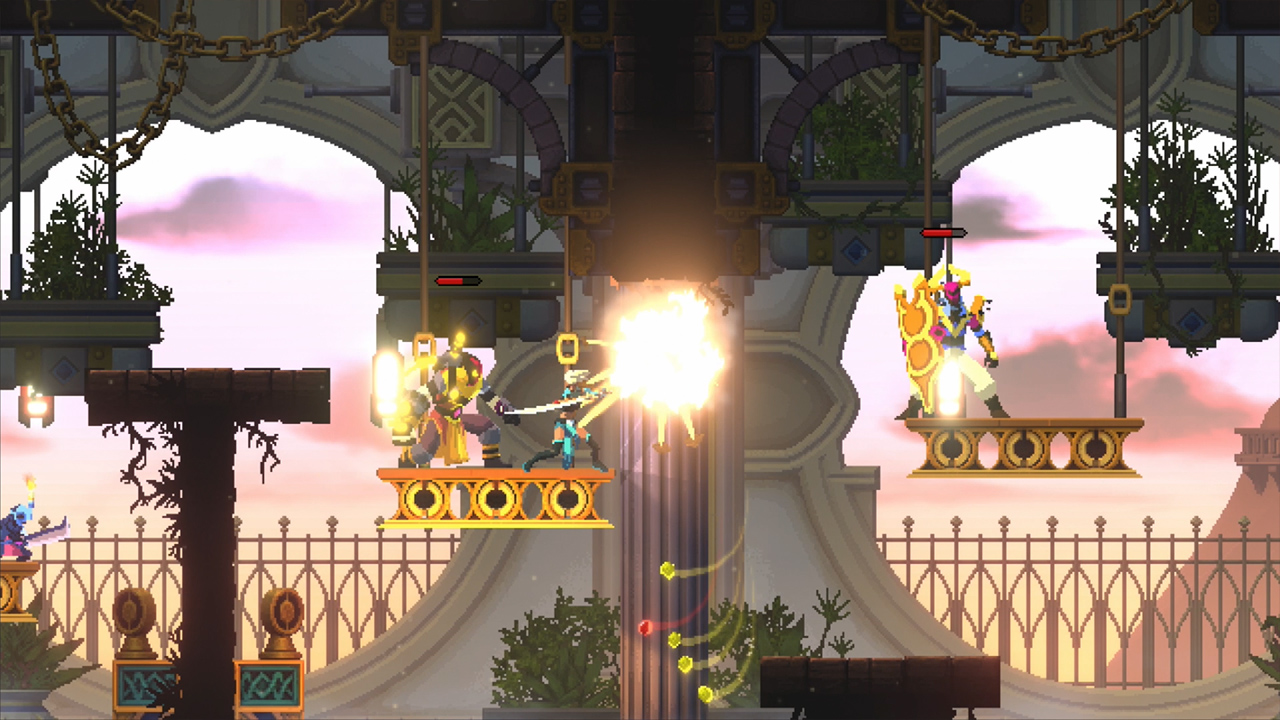 You play as the Arbiter, a character who needs to save the world. Honestly, there is a story for the game… but it’s not particularly engaging or important. It does get the gameplay going through, and boy, is the gameplay great! This one is a 2D hack n’ slash game with platforming elements in which you’ll explore each location as you take out enemies and picking up all loot in the form of weapons, armor, and accessories. You’ll get all sorts of different weapons, and you can equip a melee and ranged weapon simultaneously. You can continue proceeding through the level until you get to a teleporter, which will take you back to the central hub, allowing you to upgrade or sell the armor you found and spend experience on upgrading your skills you’ve found. 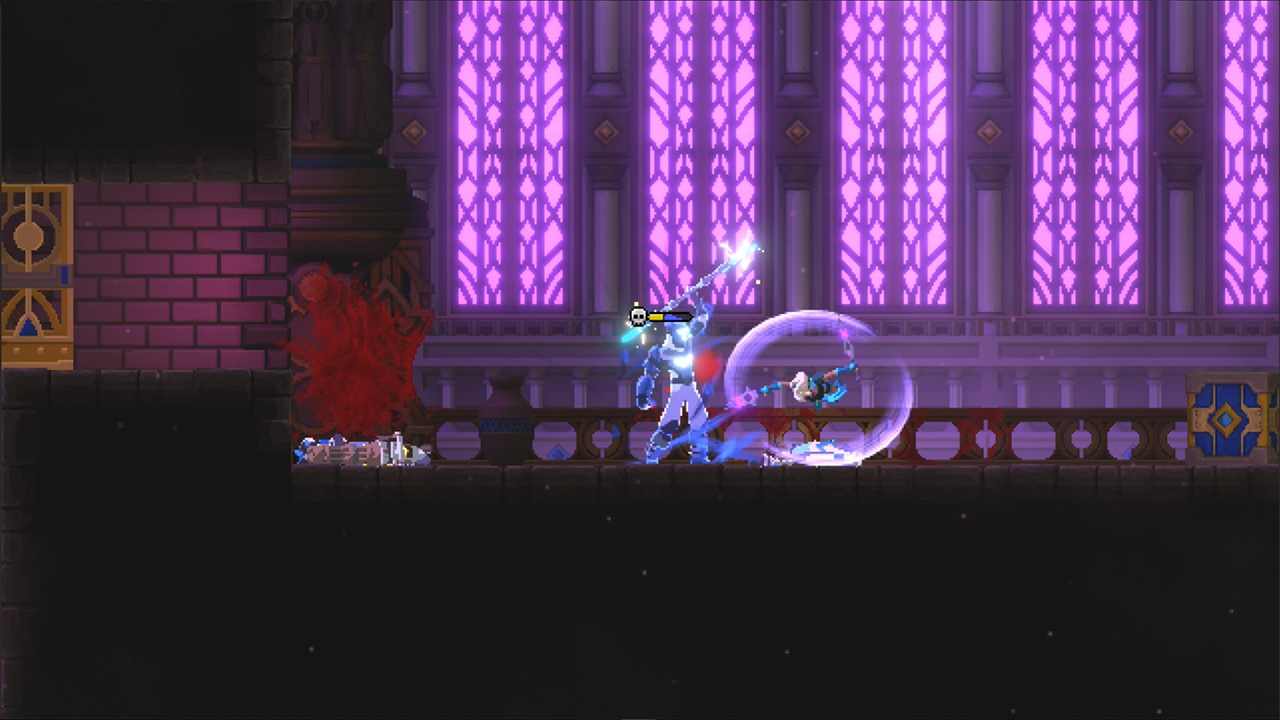 It’s a pretty sweet gameplay loop. There is a catch, though: you need to make it back to the teleporter and not die. If you die, all of your experience is gone. It will still be where you died, so you can go back and get it by fighting your way through more enemies. It’s one shot at it as well, or you someone at your main base will retrieve it for you, but at the cost of half of your earnings. It becomes a sweet mix of risk and reward, as maybe you are struggling, and even with half of it, you can upgrade yourself, giving you a sweet advantage when heading back out. Personally, I almost always tried to go back out and get it to not lose anything. Forgone also does a great job with its level layout, leaving doors that you have opened still open so you can go through, instead of needing to hit switches again. I can usually get back to it without too much hassle.

I think my biggest issue was with it being a game with Souls-like elements. I thought it would be too difficult, but my skills in platformers actually helped me get good at. I never felt the huge difficulty spike I was expecting. As I was exploring the world and finding new enemy types, I would learn the best way to handle them, so I could keep on moving, always driven onward by the “what’s coming up next?” feeling. 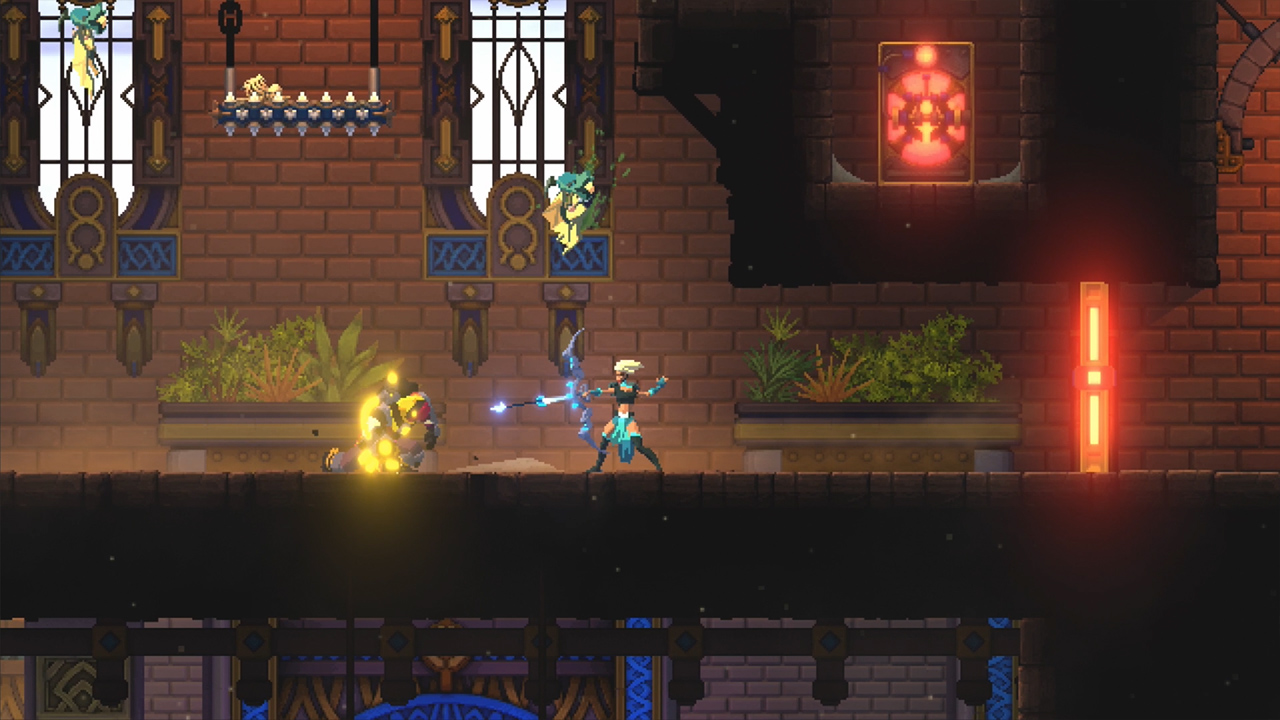 I also found the gear and loot system really interesting. Every time I found a dropped item, I went into the menus to check its stats and bonuses and equipped what made sense. There is a huge variety of melee weapons and guns available, really letting you choose your playing style as they all acted very differently. Take them to the blacksmith at the central base, and he can do lots of great upgrades to them as well at a large cost. I always felt myself getting better gear, and while it does turn out to be what you already have, you can still make some money off it.

Visually the game is stunning being a pixel art game, it’s lovingly rendered, and as you progress through the different areas, they all find a way to be visually distinct and maintain this beautiful vista throughout out. The Arbiter’s animations regularly blew me away as I was fighting, as there are so many weapons that all look and feel different, and the dashing always felt good while I was avoiding attacks. If you’re hurt, then it’s definitely your fault… and you know it because you didn’t time your button presses just right. 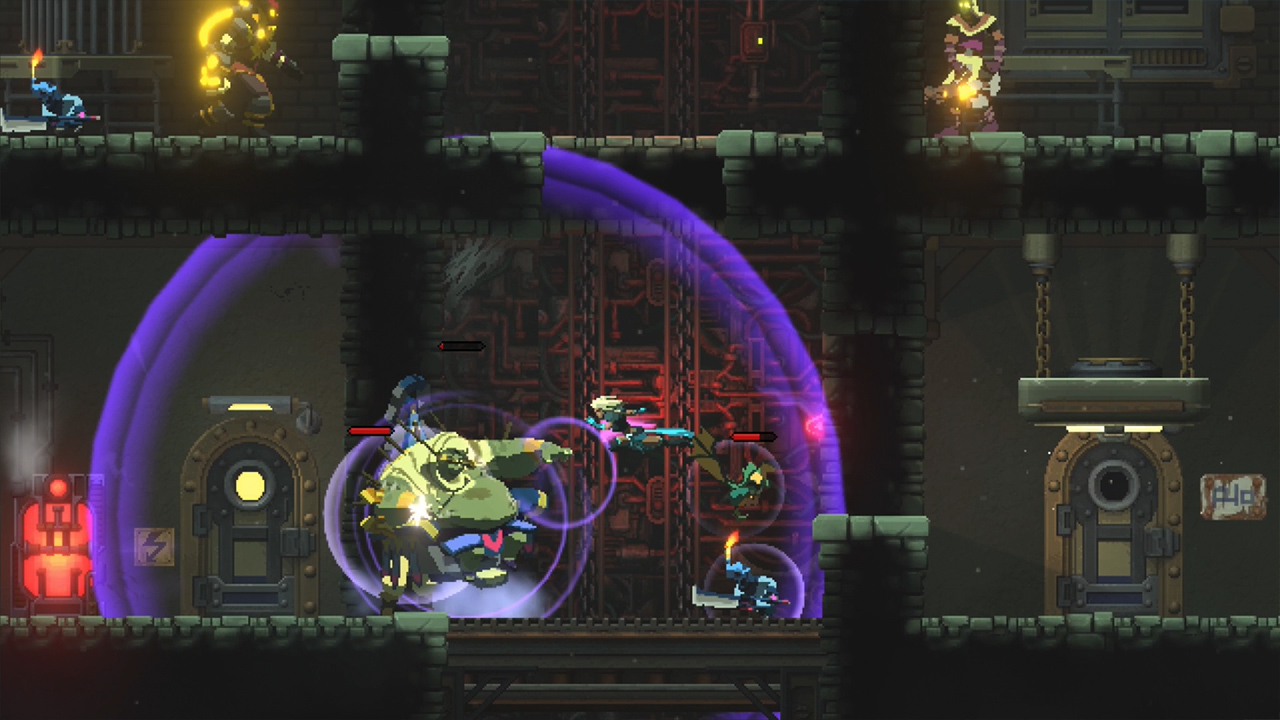 I was looking forward to trying Foregone but wasn’t sure the Souls-like elements would grab me. I ended up falling in love with its gameplay loop as I explored deeper into the world it has to offer. While the story didn’t grab me, the gameplay loop kept me going. I had a ton of fun with Foregone, and I definitely had a problem with putting it down after long gaming sessions!

Disclaimer
This Foregone review is based on a PlayStation 4 copy provided by Big Blue Bubble.