In Ben 10: Power Trip! from Outright Games and PHL Collective, you will take control of the titular character in a new 3D action-adventure on PlayStation 4. The game offers the option of taking on this new action release on your own or with someone else in local co-op. This time around, the evil Master Magician villain Hex has cursed Europe, so it’s up to Ben Tennyson – a.k.a. Ben 10 – to put a stop to his evil plans. It’s time to put on the Omnitrix to use your abilities to save the day. 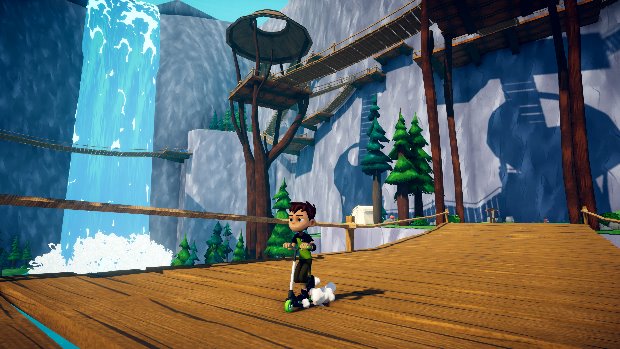 You’ll move your character with the left analog stick, swinging the camera around with the right one. You can jump with the X button, dodging enemy attacks with the Circle button. The Square button is for light attacks, while the Triangle button is for heavy attacks. The alien powers granted by the Omnitrix’s transformation are activated with the L2 and R2 buttons, that is, once you open up the radial menu for changing into one of the available aliens with the L1 and R1 buttons. You can switch to your favorite aliens with the D-Pad’s left, up, and right directions, switching back to Ben by pressing down.


On top of the special abilities that each alien will have, they will also have some extra abilities you can make good use of as you explore each area. For instance, Heatblast – which is the first alien form you’ll get access to during the initial segment of Ben 10: Power Trip! – will be able to use the L2 button to make its fire burn bright, which can be used to burn down trees that have fallen, boxes that might be blocking the way. But Heatblast will also have access to a double jump ability, which can be used by pressing the X button twice.

As you progress through each set of missions, you will get to unlock improvements for Ben – and his co-op companion- You can boost the overall health, which lowers the damage received, boost power to increase how strong your attacks are, or even luck, which increases the loot you get, as well as increasing the odds of you getting a lucky attack that will land a critical hit. Be sure to check your map in the pause menu since it’s from there that you’ll be able to mark the main and secondary missions you’ll be taking on so that the game can point you in the right direction. There will also be some extra activities to take on, so be sure to check them out! 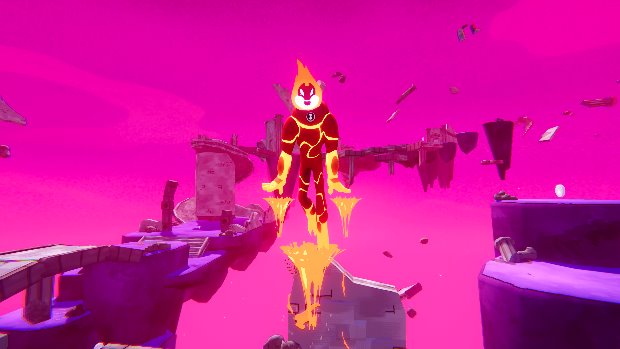 The game is fully voice acted, so the story will move along at a steady pace with voiced dialogue that makes it easier to get to know the characters you’ll meet. As mentioned before, the game can be enjoyed in single-player or in local co-op, with Player 1 taking control of Ben 10, while Player 2 will control Kevin Levin, who was technically a villain but is sorta reformed… sorta. When the co-op is activated, you will get to play with a split-screen setup, with Player 1 on the left side and Player 2 on the right side. The graphics do take a small hit to be able to handle the split-screen, but it’s not a deal-breaker. 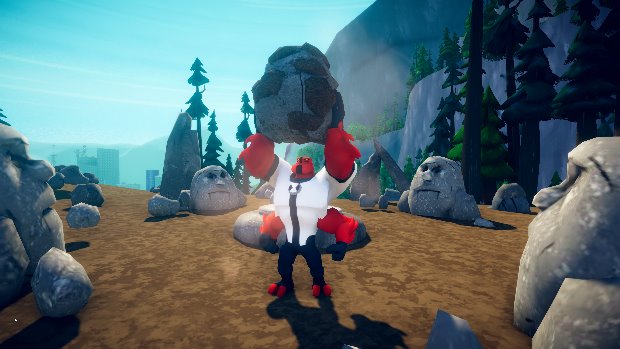 The many coins you’ll collect as you explore each area and as you defeat enemies can be used to purchase items such as a health bar, or an XL version of it, which can recover some of your lost health, and there are also luck and power variants that will give you a boost to power and health, respectively. You can also purchase improvements to your stats or even a treasure map to find something special! It’s because of this that you need to search high and low to collect as many coins as possible.


Ben 10: Power Trip! has a full trophy list to work on. You’ll unlock trophies as you gain access to each of the different alien forms for the Omnitrix. There are a bunch of trophies for progressing through the game’s story and completing the objectives for each area that you’ll visit. Other trophies will be for unlocking all power, luck, and health upgrades, collecting all trinkets, and destroying all of the concerts of the evil Decibel, to name some examples. 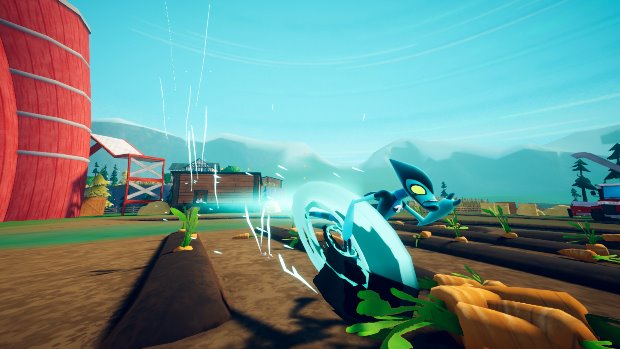 If you’re a fan of Ben 10 – or have kids who are fans of the series – then this is a no-brainer. It offers a lot of objectives to complete, several aliens to transform into, a fully voice-acted story, and fun gameplay mechanics. When playing in the local co-op mode, the graphics and framerate do take a hit, but that’s about the one complaint one can have about a game like this one, clearly aimed at a specific target audience. Ben 10: Power Trip! is out now on PlayStation 4 with a budget $39.99 price at retail and from the PSN store.

Disclaimer
This Ben 10: Power Trip! review is based on a PlayStation 4 copy provided by Outright Games.