Batu Ta Batu is a very fun and easy to understand minimalist puzzle game from EZSD and 2Awesome Studio out now on PlayStation 4. The game will task you with moving the different colored Batus – that is, the blocks at the center of the screen – towards the colors in the corner – towards the colors that they match. As you move a Batu to a corner of the same color, it will be absorbed, and a new Batu will take its place. If two or more Batus of the same color are next to each other, they will come together and form a bigger Batu. 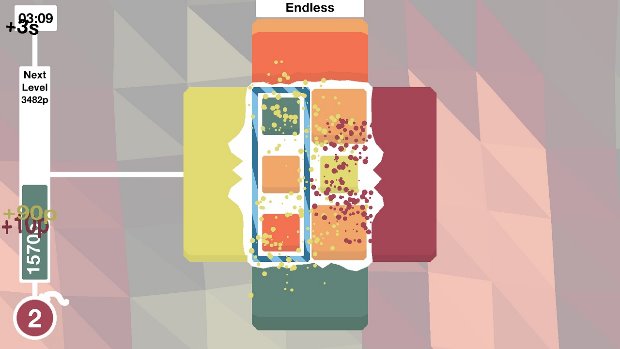 You will do this by moving the Batu selector with the left analog stick or the D-Pad, moving a Batu by pressing the Square, Triangle, Circle, or X buttons to move them left, up, right, or down. Small Batus can’t be moved over bigger Batus. If you get a Larger Batu of a single color in the center of the screen, you can push it onto a corner to change its color by pressing the R2 button and one of the face buttons. If you’re stuck and you’ve managed to collect a bomb, you can press the R2 button to make the selected Batu explode. The better you do, the easier it will be to level up, which will make the playing area grow while also introducing new colors into the mix. 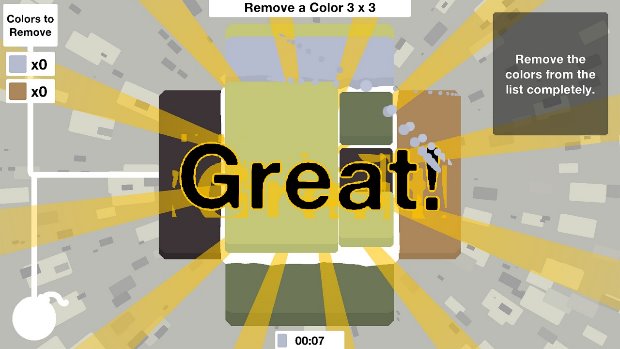 At first, you’ll only be able to play in Endless Mode. As the name suggests, you’ll be playing this mode over and over again as you try to clear as many Batus from the center of the screen as possible within the available time limit. The more you play – and the better you do – the more coins you’ll collect. Coins can be used to purchase extra modes for you to play. There’s Less Batus Than, which tasks you with combining the available Batus so that the overall number is lower so that you can get the playing field to the number of Batus for the goal. Another one is Remove a Color, which tasks you with removing the colors marked on the left side of the screen as fast as possible. There are a handful of other extra modes to unlock, but I won’t be spoiling them here! 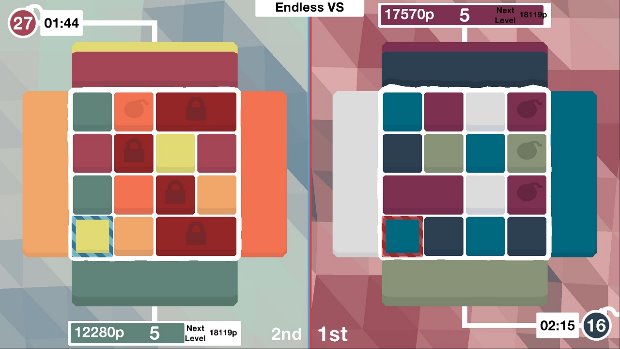 There’s a Platinum trophy waiting for you, and it’s not a hard one to get! There are two Silver trophies, with the rest of them being Gold trophies on your path towards getting a new Platinum for your collection. The first trophy you’ll get will pop after you complete the tutorial for the Endless Mode, with the rest of them unlocking as you take on the Endless Mode over and over again. There’s one trophy for getting 15,000 points in Endless Mode, which is the only one that might give you some trouble. There are also two trophies tied to multiplayer, so you will need at least one extra controller to knock those two out of the way.

Batu Ta Batu is a colorful, fun, and highly addictive puzzle game with many gameplay modes to unlock, wrapped in a single-player and multiplayer experience at a budget price of only $4.99, making this one a must-have for puzzle fans looking for their new fix on PlayStation 4.

Disclaimer
This Batu Ta Batu review is based on a PlayStation 4 copy provided by 2Awesome Studio.

[Beyond PlayStation] Save Kock Review