Star Horizon from No Gravity Games is a 3D on-rails space shooter on Nintendo Switch. Does it give the beloved Star Fox a run for its money? Find out in our Star Horizon review!


In Star Horizon from No Gravity Games you will be taking on a 3D on-rails space shooter as a pilot named John. It’s a game that pays homage to the Star Fox series as well as to the beloved Star Wars franchise, as you’ll see during the game’s second level which is directly tied to the famous trench run sequence. Oh, and it turns out you’re actually part of the federation, fighting against the rebel scum. 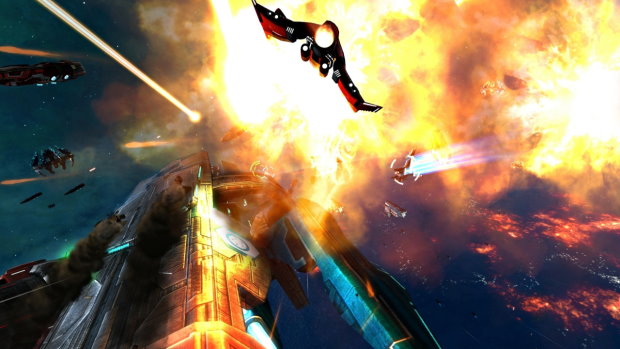 Since this is a 3D space shooter, you’ll be moving around with the left analog stick, using the R button to dodge enemy attacks. Your attacks will be mapped to the A, B, and X buttons for your guns, torpedos, and swarm, respectively. There’s also the option of using the ZR button for firing your gun, which is definitely more comfortable. You will go over all of this during the initial tutorial sequence – which you can decide to skip. The setup is that John has just been brought out of hibernation, so he’s required to complete a series of tests to make sure everything is in order.


As you play through Star Horizon, you’ll sometimes have to make a choice based on the available options. You have a five-second window for this, so you better be paying attention! This will be shown to you during the initial tutorial sequence as Ellie, the on-board AI presents to you a report you can check out. It’s a short one, since it’s only 26 bytes, so why not open it? It could be important! 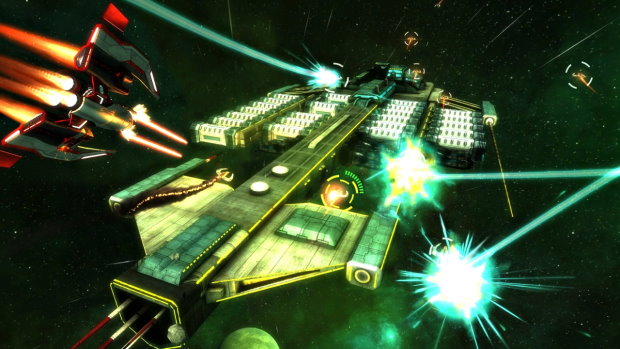 After completing each mission, you will be rewarded with credits based on your performance. Credits can be used at the hangar between missions to boost your guns, torpedoes, and swarm attack, or yo improve your ship. Upgrades at the hangar are expensive, so you probably won’t be able to buy something until you’ve completed at least a couple of missions. Upgrading your guns will boost its damage per second (DPS), while upgrading the torpedoes and swarm attacks will increase their damage while also reducing how long it takes for each of those attacks to reload. Upgrading your ship will increase its overall shield and health stats. 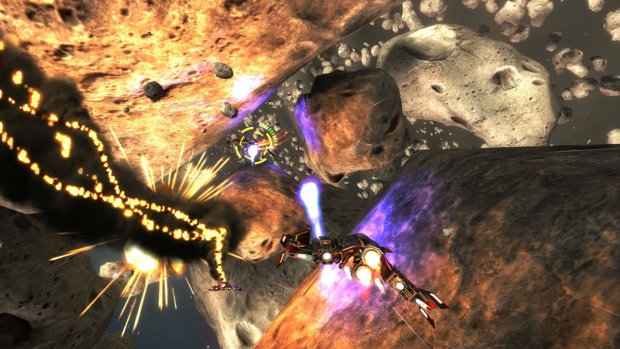 The game is fully voice acted, so you’ll get to listen to John, Ellie, and the other characters you meet. Ellie’s voice actress was a good choice, since she gives the performance you’d expect from an AI entity. John, on the other hand, feels a bit too generic, stilted, and bland. The same can be said about the game’s music, which has its roots firmly planted in “generic mobile game set in space” territory. 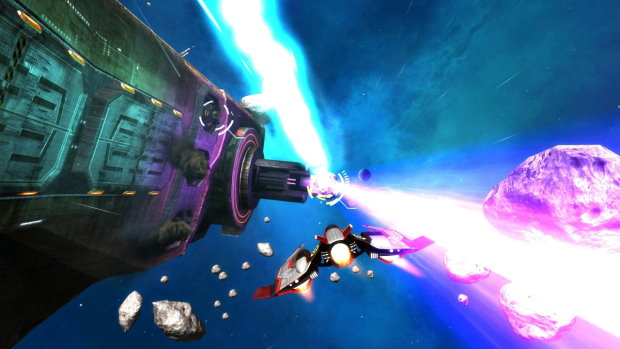 Star Horizon is a serviceable 3D on-rails space shooter that is good for a bit of fun on Nintendo’s console. It’s certainly showing its age, since it was released a handful of years ago on mobile, but if you’re looking for a quick space fix, this is an option on Switch. There are ten missions to complete, which shouldn’t take you more than a couple of hours. Star Horizon is available in the Nintendo Switch with a $9.99 asking price.

Disclaimer
This Star Horizon review is based on a Nintendo Switch copy provided by No Gravity Games.