Tactical stealth shooter Sniper Elite 4 takes the fight to World War 2 Italy as you try and liberate it from fascism. Learn more about this action-packed release in our Sniper Elite 4 review!


In Sniper Elite 4 from Rebellion, you’ll continue to fight the good fight as you take on a new campaign that has you working towards liberating World War 2 Italy from fascism. Karl Fairburne is back and ready for action, as you’re deployed into battle alongside the women and men of the Italian Resistance. Since the game’s release on PlayStation 4 a few years ago, the Nintendo Switch version is getting the benefit of HD Rumble so that you can feel every shot, as well as optional motion controls for aiming. 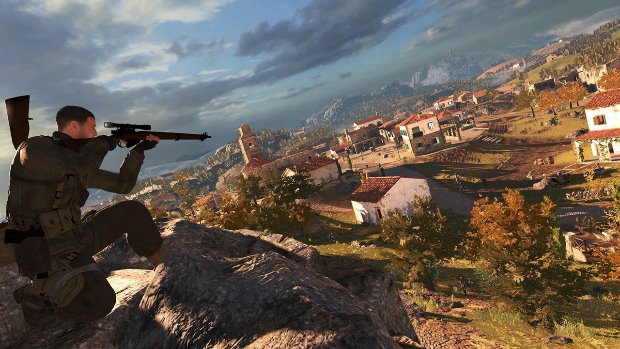 For this new adventure, you can pick from five different difficulty settings, as well as a custom version that will make it possible for you to tailor your experience as needed. Cadet is the easiest of them, which offers a light challenge and no bullet ballistics. Next up is Marksman, the standard difficulty option that will give you a good challenge, simplified bullet ballistics, and enemies that are out for blood. Sniper Elite does its name justice since you’ll have to deal with realistic bullet ballistics, enemies that are deadlier, and friendly fire. Authentic is the next one, offering a hardcore experience in which every mistake will cost you. And if you want to dial things up to 11, there’s Authentic Plus, which only expert gamers should dive into.

Before you take on this new game, you can select between the four difficulty options or come up with a custom version that will allow you to find a combination of elements that feels just right. The regular difficulty options are Cadet, in which the challenge is lower, and there are no bullet ballistics; Marksman, the regular option in which bullet ballistics are simplified, and enemies are out to get you; Sniper Elite, for which enemies are tougher, you fight with realistic bullet ballistics and friendly fire is on; and Authentic which should be reserved for those who are experts at the game since you will need to be very good to make any progress since you can’t save. 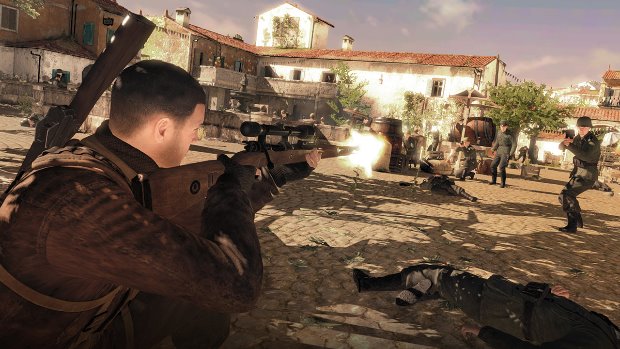 The controls for Sniper Elite 4 match those for Sniper Elite 3 Ultimate Edition, since if it ain’t broken, why fix it? You’ll be moving around with the left analog stick, using the right one to control the camera as you aim. You can press in on the left analog stick to sprint, which will be useful for when you need to rush to cover before you get that perfect shot that can change the course of the war. If you press in on the right analog stick, you can use your binoculars, which will allow you to get a better look at each area, reviewing your targets, and you can even mark objects and enemies to make it easier to spot them. The – button will open up your map so that you can see where you are and where you should be heading to. If you press the L button, you’ll activate your radial menu, from which you can select the best weapon for the job.

You can aim with the ZL button, firing with the ZR button. You can press the B button to crouch, or you can hold it down to go into a prone position, which will help you nail that important shot you need. There’s definitely the option of zooming in for a kill with your scope – hence the game’s name – and when you do this, you should pay attention to the way the wind blows and its speed, as well as how calm you feel so that you can make the shot. Just breathe in and then breathe out to calm you down and empty your lungs… and then shoot! Bullets are finite, and your weapons are certainly going to run out of them, so you should always be ready to press the Y button to reload. The Y button is also used for searching the bodies of the enemies you kill so that you can try and find some useful items or extra ammo for your current loadout. 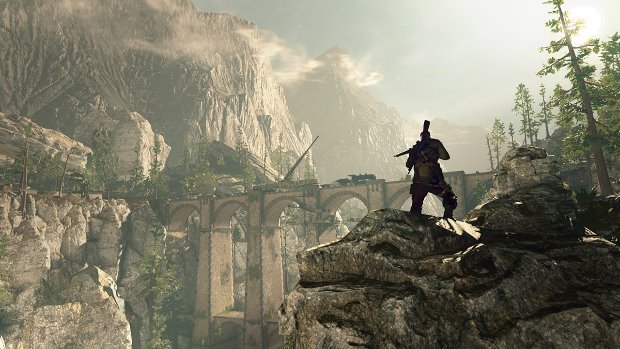 When you get a great shot, Sniper Elite 4 will give you a better look at things, doing what the series is known for: going for the Kill Cam! What this does is show you a close-up of the damage you’ve inflicted on your opponent with your attack. Made a long-range shot that is going to go through an enemy’s skull? Then the Kill Cam is going to give you a detailed look at how that bullet is going to do its thing. The Kill Cam can also activate for melee kills. You will have the possibility of going into the options menu to change the frequency of the Kill Cam for melee and bullet attacks, and you can even fully remove it if you want to.

Each mission you take on will have a set of primary objectives to complete, as well as some optional extra objectives you can take on. As to not spoil things too much, let’s talk about the first mission in the game, which will also serve as an extended tutorial. You will need to kill four officers, which is a good thing since when you kill officers, its soldiers will start to panic, as well as a top-ranking officer on the other side of the map. On top of this, you can try to secure a checkpoint, as well as destroy three cameras on the map to stop the creation of extra propaganda. The first two objectives are mandatory, while the other two are bonus objectives that can give you some extra experience points while extending the time you’ll spend on the first mission. 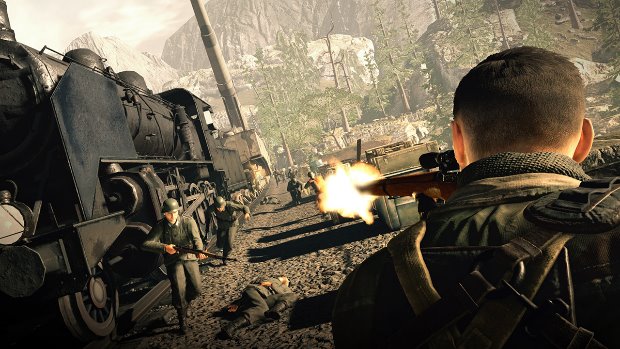 There’s some DLC to consider for Sniper Elite 4 on the Nintendo Switch. The first one is a free download for the competitive multiplayer so that you can compete over eight different modes that include stuff such as Deathmatch, No Cross, Capture the Flag, and more. You can also get the Season Pass for the game that includes all 12 DLC packs rolled into a single extra purchase, or you can get each of the DLC packs separately. These include the Target Fuhrer campaign mission, the three-part story campaign Deathstorm – split into Inception, Infiltration, and Obliteration – and several different weapons packs, extra rifles skins, three extra heroes, and even a night-themed selection of weapons, camouflage skins for your rifle, as well as camouflage outfits for characters.

Disclaimer
This Sniper Elite 4 review is based on a Nintendo Switch copy provided by Rebellion.

Sky Beneath Set For Console Release In 2021