Shantae: Risky’s Revenge – Director’s Cut, brought to us by the lovely people at WayForward, is a port of the game of the same name, which was released way back in 2010 as a DSiWare title. Risky’s Revenge puts players in the parachute pants of Shantae, our favorite half-genie hero. She is faced with her greatest challenge yet thanks to Risky Boots, a swashbuckling adversary who steals a relic from Shantae’s Uncle Mimic. Will Shantae be able to conquer her foe? 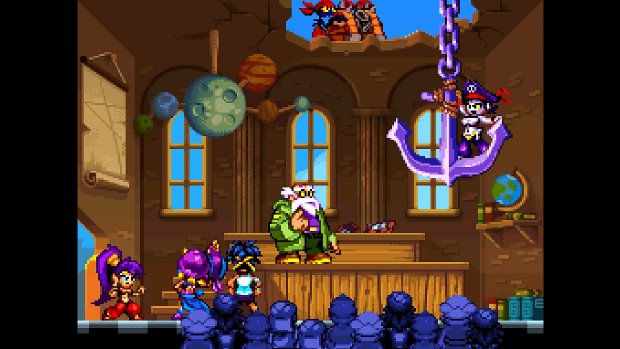 For those of you new to the series, Shantae: Risky’s Revenge Director’s Cut is a Metroidvania. Because of this, you’ll take on exploring the three dungeons in the game to gather the seals used to… well, it’s here that the plot gets a bit crazy. It also involves zombies. And other weird stuff. The game features a great pixel art look and some tight platforming, as is to be expected from the team at WayForward – the game won multiple awards back when it was initially released, and it’s easy to see why.


The game’s art style is great. You’ll get some static artwork for the portraits of the characters you’ll interact with, and these do look great in Portable and Handheld Mode, as well when playing with the console in Docked Mode. The sprite work is also really good, but it does have some drawbacks. Since this game was built for the Nintendo DSi screen, a screen that was not 16:9, you can choose between playing with borders on the sides of the screen or stretching the game’s screen to better fit your screen, which does make the pixel models and the locations you visit look a bit weird. 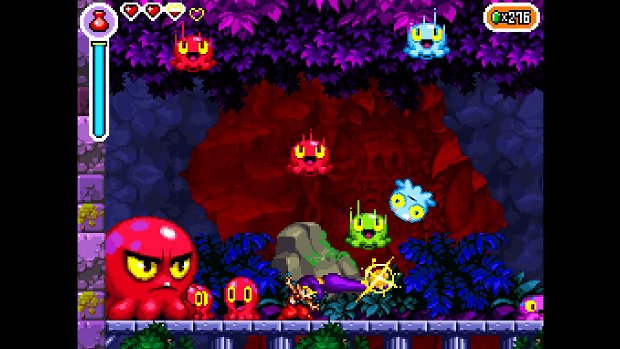 If you’ve never played a Shantae game before, know that there’s a lot of running and jumping in your future, as you use Shantae’s hair as her main weapon to attack enemies. You’ll also get to purchase and upgrade spells, as well as unlock some new forms along the way. Shantae can transform thanks to her magic, and these forms offer a decent variety of gameplay, with each one being expertly utilized to solve the puzzles you’ll find during this adventure.


This is a game that requires some backtracking to progress further in the game’s story, which is to be expected from a Metroidvania. This is why it’s unfortunate that the game’s map is far from ideal. Instead of having quick access to it, the map is located inside of your inventory, which is not the best way to play a Metroidvania in 2020. There’s also no map when inside of one of the dungeons, which can lead to players feeling a bit disoriented during said segments. 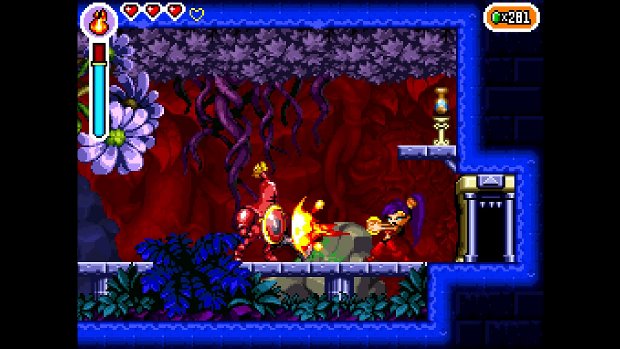 With this version on the Nintendo Switch being the Director’s Cut, that means that for Shantae: Risky’s Revenge, we’re getting a game that has been rebalanced here and there while adding an unlockable Magic Mode, which allows you to play the game with a boost to your magical powers – along with a new look for our favorite half-genie hero, but with a trade-off: you’ll have a lower defense, which means that attacks are going to hit you a lot harder. 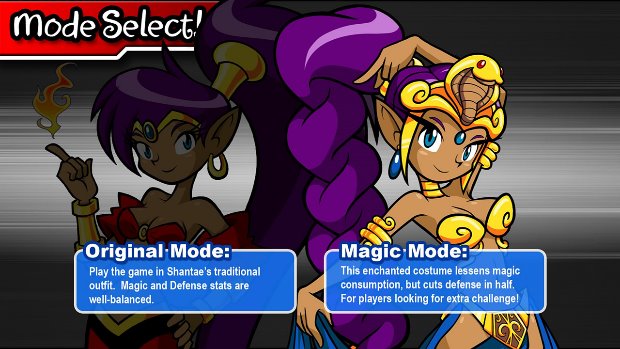 Shantae Risky’s Revenge – Director’s Cut is a fun blast from the past. After all these years, its gameplay mechanics still hold up. The game does show its age, as the map could’ve used an update, and the pixel visuals can look blown out in docked mode. As this is a re-release, be sure to do your research into the original title, as not much has changed in this update. Some awkwardly busty character models aside, Risky’s Revenge is still a wonderful platformer with some interesting abilities sprinkled into the experience. 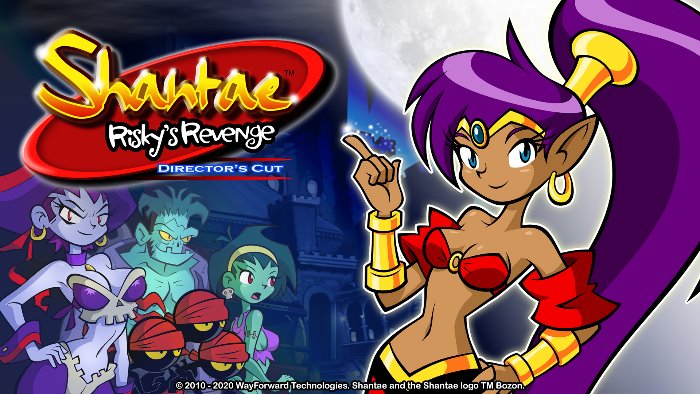 A fun 2D Metroidvania that stands the test of time

Disclaimer
This Shantae: Risky’s Revenge – Director’s Cut review is based on a Nintendo Switch copy provided by WayForward.