Romance your fellow superheroes while completing Picross puzzles, as only you can do. Use the power of Picross to stop the evil villain! Check out our Pixel Puzzle Makeout League review!


Solve pixel puzzles, date superheroes, and save the day! Dating sim meets puzzle game in this romantic comedy adventure.
You are Pixel Girl, a superhero with the power of “pixel puzzle-solving.” Turn your problems into nonograms, then solve ’em to save the day!

Join the Puzzle League and date up to four of your fellow puzzle-themed superheroes, before the Villain third-wheels you with his doomsday plot!

FEATURES
• Dating sim meets puzzle game in this heartfelt superhero adventure
• Join and date the Puzzle League: a group of 4 superheroes based on crossword, sudoku, chess and jigsaw puzzles
• Over 250 pixel puzzles to solve: your superpowers make puzzles a part of the narrative
• A supernatural plot weaving in multiple dates with each character
• Exotic date locations: a café, the library, mountain climbing, and the center of the earth?!
• Twists, turns, thrills, chills, puzzle fun, and puzzle puns! It’s not over until the ending!
• D A T E A G I A N T P U Z Z L E P I E C E

MEET THE LEAGUE
• Sudoku: the most logical of the group, magical girl outfit was made by a friend
• Chess: careful planner, but tends to think in black-and-white
• Pixel Girl (that’s you!): surrounded by cuties and blessed with the power of attraction
• Crossword: rarely gets cross, always has a way with words
• Piecea: an alien from the Puzzle Planet who wants to get handsy with you… wait…


Pixel Puzzle Makeout League is a weird mixup of genres, which makes it a Picross superhero visual novel dating sim. You play as Picross Girl and are a member of the Puzzle League, along with other Crossword, Chess, Sudoku, and Piecea, an alien puzzle piece from Puzzle Planet. The group is interesting since each character has a unique personality, set of interests, and backstory. Chess is the leader with a darkish secret; Sudoku is a gaming nerd, and you end up being dragged into her world; Crossword is a stoic detective; and Piecea is a crazy alien puzzle piece which is off the wall. 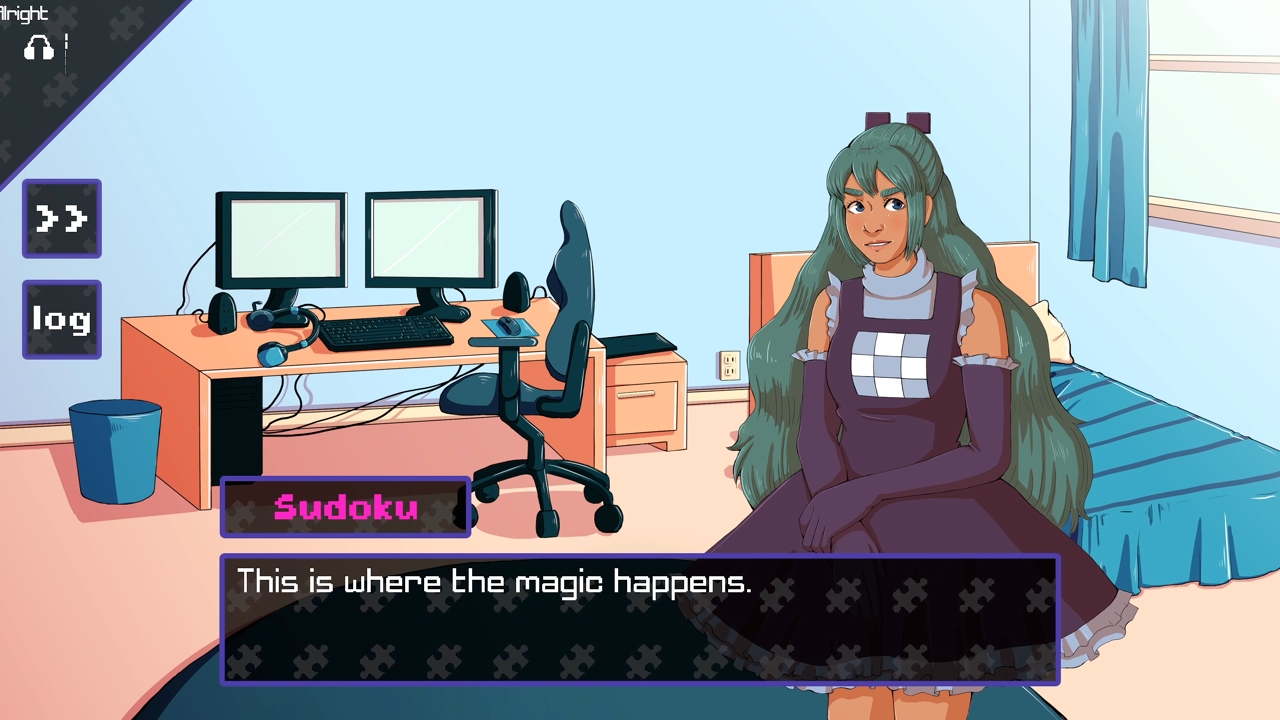 When you start the game, you are kidnapped by the villain, who will be your primary antagonist through this adventure. You quickly learn that your Picross powers will help you escape. Once you have escaped, you learn that a giant tower has been erected in the city, which sets you on the path of a new journey that will take you down four potential paths, with the potential of romancing the different teammates you’ll interact with. Unlike what happens with other visual novels, you can go back and work on the other paths almost right away.


This led to a paradox for me since, how does the game knows which path I’m truly choosing if I’m playing all of them? I don’t want to spoil anything, but Pixel Puzzle Makeout League knows what it is I’m doing and how it’s telling its story. As the narrative progressed, you could tell there were cues from the Zero Escape series and Undertale, and it turned into one of my favorite narrative experiences this year. I don’t want to spoil things, but the game has an excellent final run. For the last five hours, I started to play at 10 p.m., and I didn’t go to bed until 3 a.m. after I had beaten the game. 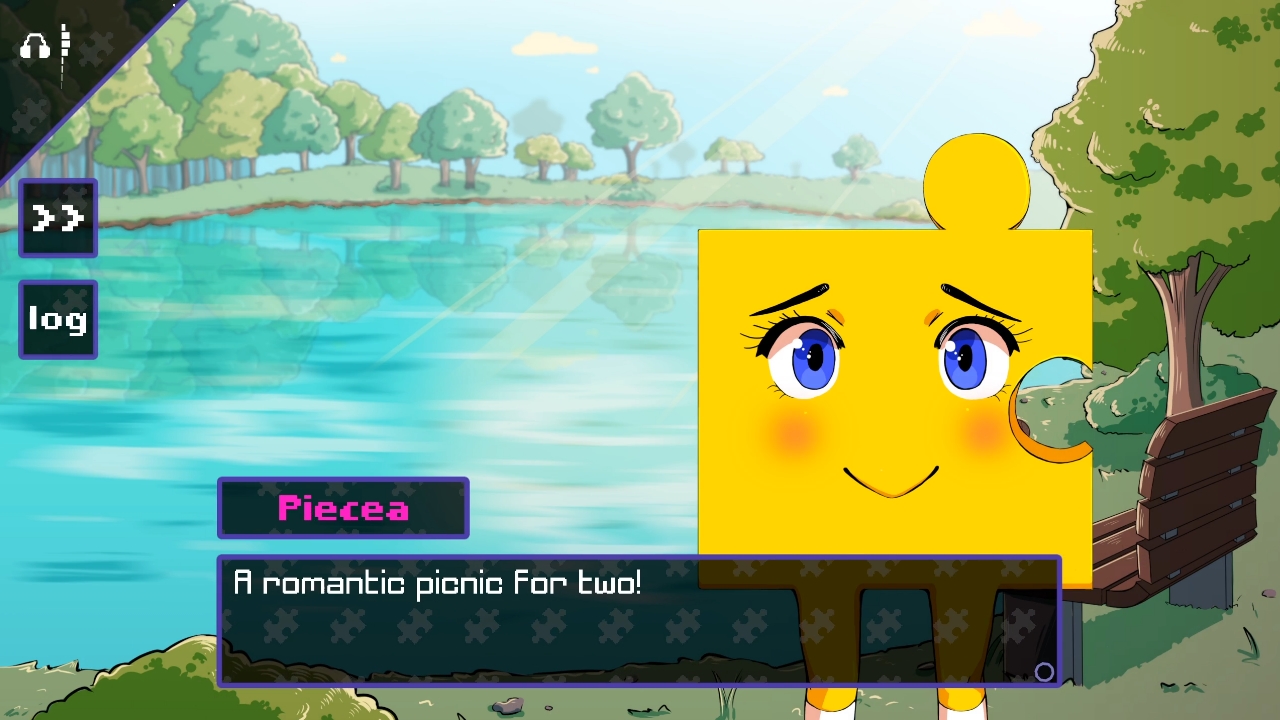 The Picross puzzle-solving is also great. You will have puzzles of different sizes, 5×5, 10×10 puzzles with a 5 minutes time limit, and 15×15 puzzle with a 15 minutes time limit. I never ran out of time, but I definitely cut it close on a handful of the 15×15 puzzles I played. If you make a mistake when solving the puzzle, you will be penalized with a minute from your timer. You can also modify your settings to have the Picross puzzles play the way you want them, with hints – which I turned off – auto-filling Xs in the blank spots when a line has been solved, and more. You can customize your experience to feel just right, depending on what you want to do. 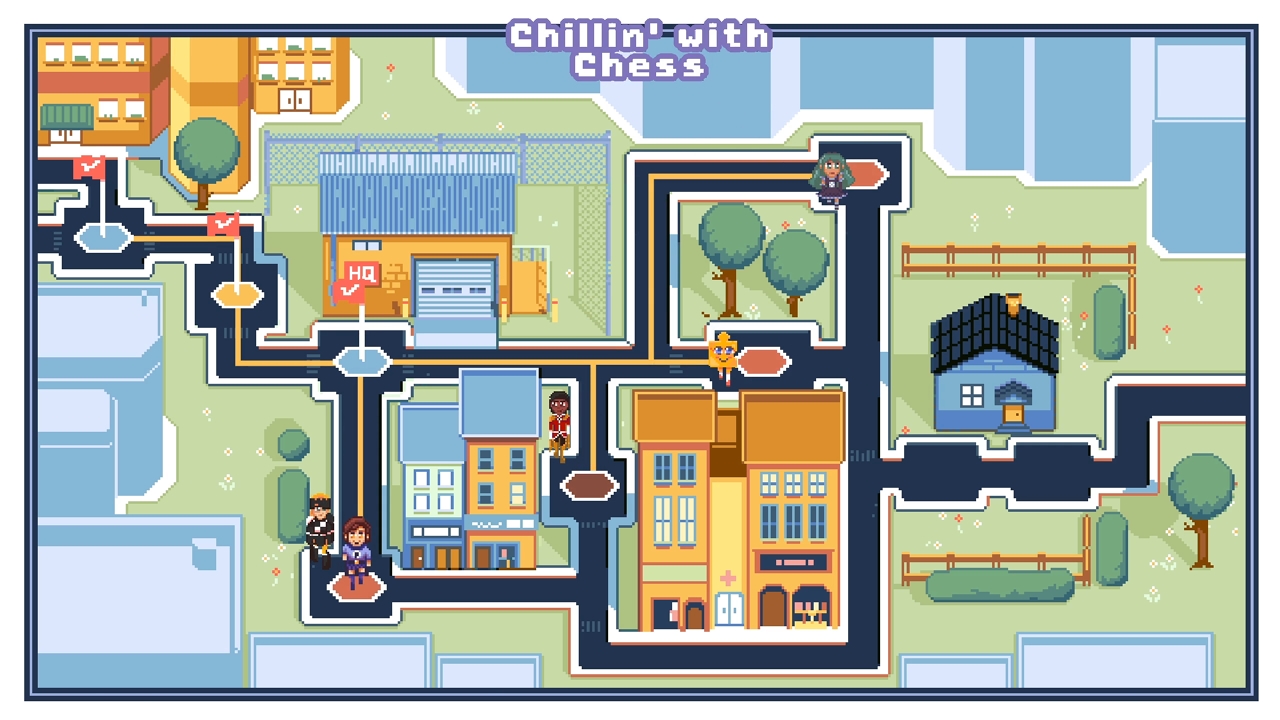 There also is a tower you can explore, taking on some extra Picross puzzles without any store, which is a nice bonus. Between what was presented to me in the story mode for Pixel Puzzle Makeout League – with over 250 puzzles – I ended up playing this one for more than 20 hours on my Nintendo Switch. I had a chance to play this one both in Handheld Mode as well as on my TV in Docked Mode. I think I actually enjoyed playing in Handheld Mode, thanks to all of the text being large and the puzzles take up a good amount of the screen’s space. There are touch controls also, but I still found myself preferring the Nintendo switch Joy-Con in Handheld Mode or the Nintendo Switch Pro Controller When playing in Docked Mode. 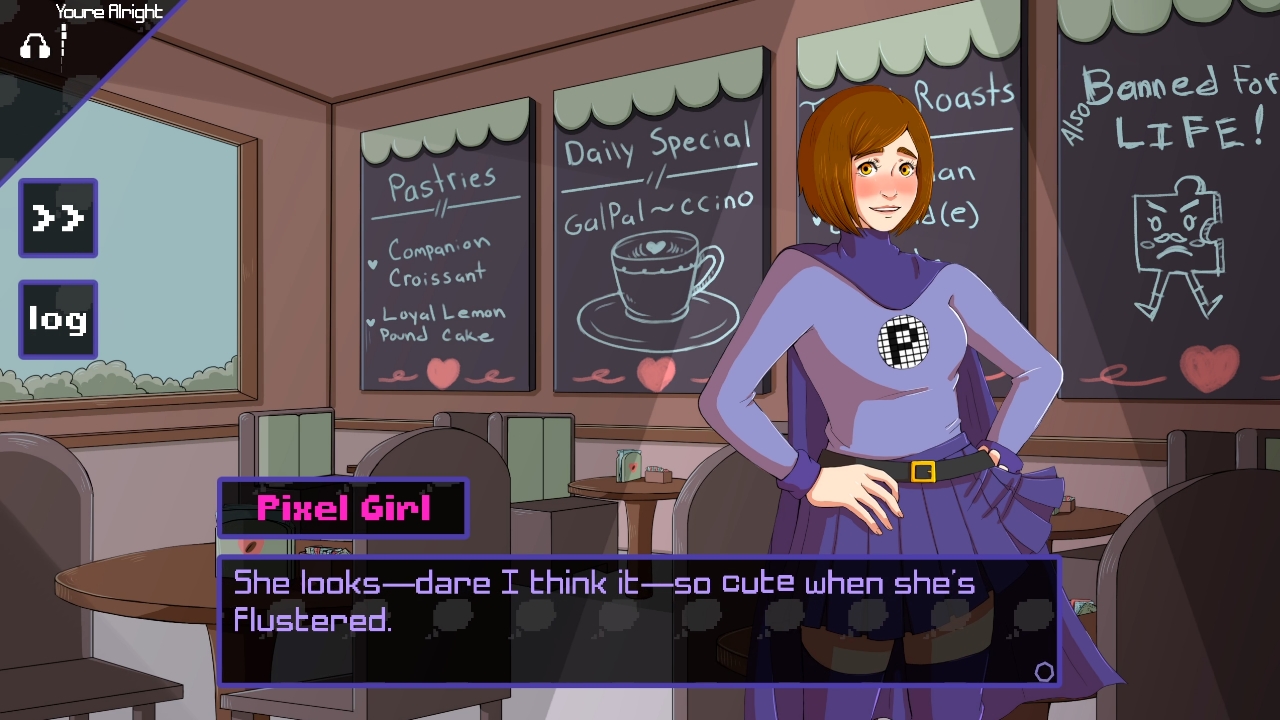 Pixel Puzzle Makeout League ended up being one of my favorite narrative experiences this year. I was honestly blown away by the game’s story, even though when I was playing, I wasn’t sure how these stories would intertwine with each other. It didn’t make sense, but in the end, it all clicked. Along with some great Picross puzzles and the ability to customize how you want to play, if you like Picross games, you have play this one on Nintendo Switch.

Disclaimer
This Pixel Puzzle Makeout League review is based on a Nintendo Switch copy provided by
Skymap Games.

[Beyond PlayStation] Save Kock Review