Helheim Hassle from Perfectly Paranormal is a fantasy-themed supernatural puzzle platforming adventure game that is a lot of fun on Nintendo Switch. Learn more about it in our Helheim Hassle review!


In 2D adventure Helheim Hassle from Perfectly Paranormal, you will take on a charming and fun fantasy-themed supernatural puzzle platforming adventure game. You will be in control of one Bjørn Hammerparty, who is called into battle against the mighty giants that are throwing huge boulders at everyone in the village. All Vikings are thrilled about this since it’s a great chance to die in battle, which is an excellent way to enter Valhalla. Unfortunately, Bjørn is a pacifist Viking, which means he’s not thrilled about having to fight against the overpowered giants. 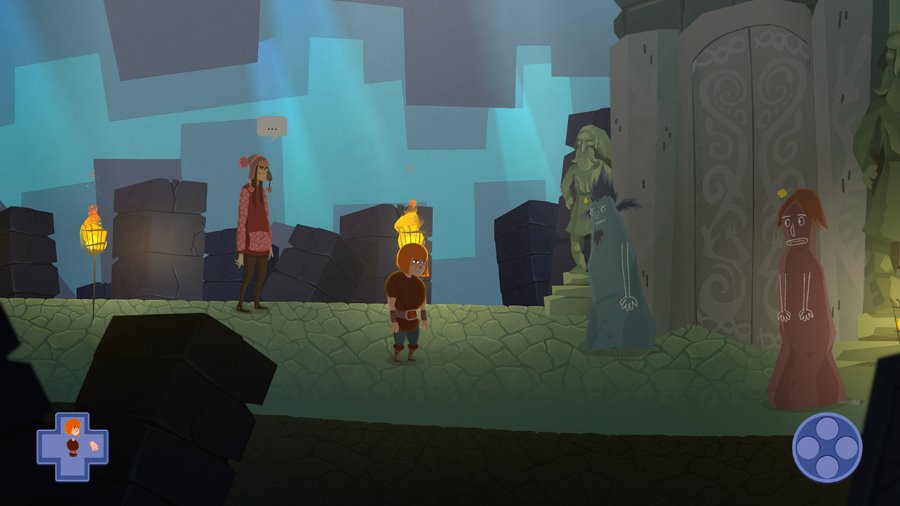 After an accident involving a rather sketchy bridge that was actually a pretty rotten and weak tree that had fallen over a gap, Bjørn ends up falling on top of a bear. The bear minded its own business, enjoyed the music from his portable cassette player, only to have this human fall on top of it. The impact from the fall and the bear element sends Bjørn into ghost mode as he looks over his body, which is now missing both arms and both legs. Once you manage to collect all of the missing parts, and after a cutscene that sets the scene for what is about to follow, you’ll be ready to take on this adventure.


The main gameplay mechanic for this fantasy-themed supernatural puzzle platforming adventure game is that you can split up Bjørn, removing his head from his full body, as well as throwing around his arms and legs. What does removing his head do to Bjørn’s body? Well, since it’s no longer carrying that extra weight around its shoulders, the main body will be able to jump higher! The head can also be used to go through narrow areas, which will be very useful for the puzzle-solving side of things. The fewer body parts there are on Bjørn’s body, the higher it can jump! You’ll also get to pick up body parts and throw them or combine different parts in a variety of ways, which, as expected, will play into the puzzle solving side of this adventure game. 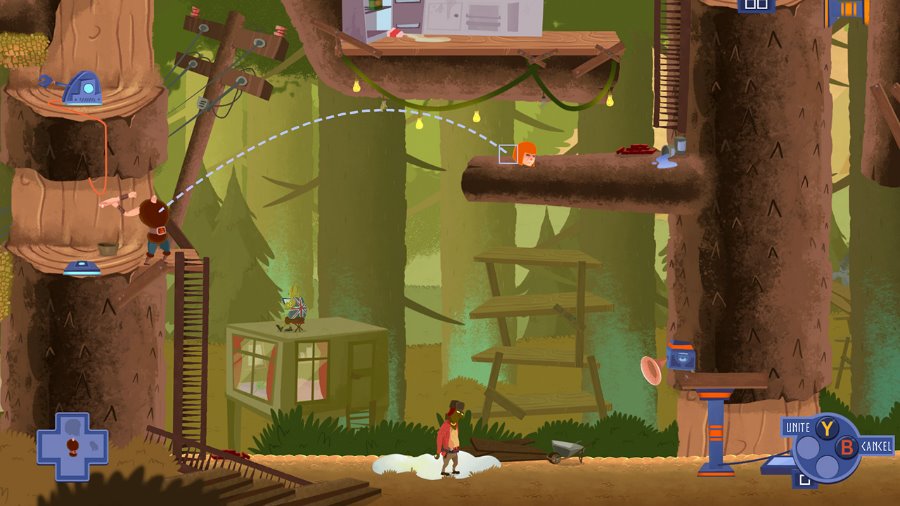 You can press the L and R buttons to change your focus between the different parts of Bjørn, so that you can, for example, use the headless body to reach a higher platform to push a button to open up a small door, so that his head can pass through a narrow passage. After this, just pick up the head, and decide if you want to carry it around like a football or if it’s time to reattach it to his body. You can always detach it by pressing up on the D-Pad. The D-Pad will also be used for detaching his other body parts for puzzle-solving purposes.


You’ll move Bjørn with the left analog stick. When you find something of interest, you can press the X button to take a closer look. This button will also be used for talking to the different NPC you’ll meet during this particular adventure. Found a door? Then press the Y button to open it! You can also use this button to, say, open a treasure chest so that you can loot its contents or to pick up useful items. You can drop whatever it is you’re carrying by pressing the A button. Bjørn can also jump if you press the B button, grabbing onto ledges, climbing up some surfaces. 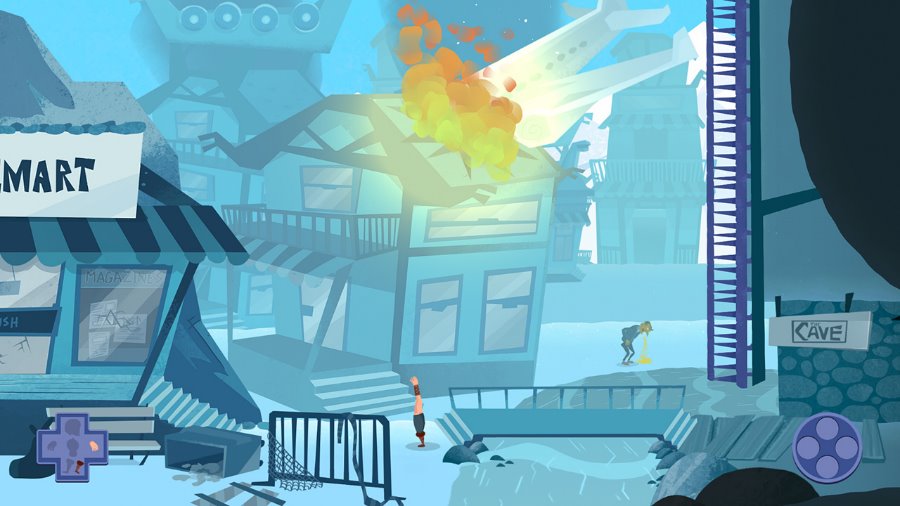 If you press the – button, you’ll be able to check the main quest and sidequest you can complete, as well as the ones that you already finished. You can also press the ZL button to check your equipment, quest items, souvenirs, and the gold you’ve collected. Pressing the ZR button will give you access to the Codex, which will give you some extra info on how to control Bjørn, as well as get a heads-up on what he can do with his full body, as well as with the different body parts you can use to assemble a more… unique character setup. Next to the Codex will be a map, which will help you to see where you’ve already visited and what areas need your attention.


As for the quests you can complete, and as not to spoil too much of the game’s story and puzzles, I’ll talk about a main quest and a sidequest you can take on early in the game. The first main quest will be simple: find a place to hide so that you don’t have to battle against the giants. This will have you searching high and low to find the perfect spot for this. While working on said main quest, you might end up purchasing a torch so that you can explore a dark cave, which might be the perfect spot for hiding! Unfortunately, a crazy hermit lives there, along with his wife… who happens to be a large stone. The hermit says he has eaten his pants and that he would very much like it if you could find him a spare pair. Do you have what it takes to fulfill this request? 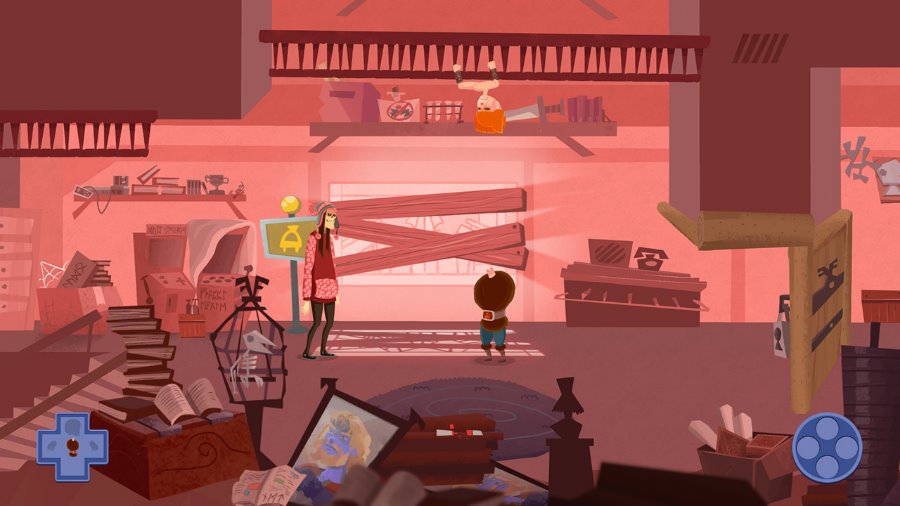 I was pleasantly surprised by what Helheim Hassle has to offer. I really liked the art style, and the writing was funny as well, which is something you want from an adventure game. The puzzle platforming side of the equation was also fun to play as I combined Bjørn’s body parts to solve this and that puzzle in some very creative ways. Helheim Hassle was a blast to play, and it’s one that you should check out on Nintendo Switch, and it’s available with a $19.99 asking price.

Disclaimer
This Helheim Hassle review is based on a Nintendo Switch copy provided by Perfectly Paranormal.

Root Double -Before Crime * After Days- Xtend Edition Out Today