Dex from Dreadlocks and QubicGames is a 2D sidescrolling cyberpunk action RPG on Nintendo Switch. Learn more about it in our Dex review!


Indie team Dreadlocks took 2D sidescrolling cyberpunk action RPG Dex to Kickstarter back in 2017, asking for a reasonable £14,000 to bring the game to life. Thanks to the support of more than 1,900 backers, the team ended up with a little over £30,000 in funding. It’s now 2020, and Dex has found its way to the Nintendo Switch with the support of publisher QubicGames. You start your adventure by taking control of the titular Dex, who is about to be arrested for reasons unknown. You quickly hack the elevator doors to get a chance to escape before it’s too late, climbing onto rooftops as you experience the game’s way of presenting to you its tutorial. 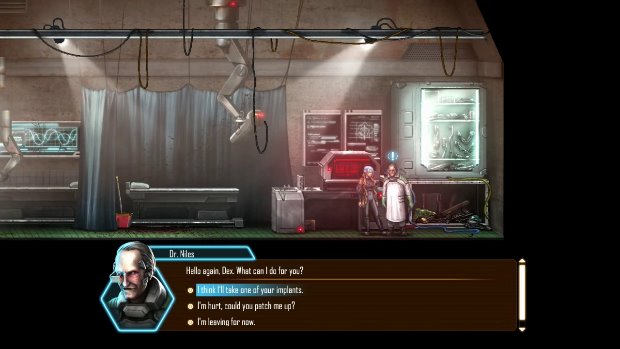 You’ll move Dex with the left analog stick, jumping with the B button, and interacting with things or people with the X button. When in combat, you can punch with the Y button, blocking with the ZR button to lower the damage you receive. Not all attacks can be blocked, so watch out for power attacks! If you jump and attack, you will do a jump kick. If you’re stealthy enough and approach an enemy without alerting it to your presence, you can press the A button to do a takedown. The right analog stick can be used to perform a roll, which is useful for dodging some attacks.

The same right analog stick can be used to aim when using a long-range weapon, drawing your weapon with the ZL button, shooting with the R button. If you push in on the right analog stick, then you’ll be able to reload your weapon. To get a better view of your surroundings, you can press up or down on the D-Pad to zoom in and out as needed. Oh, and before I forget, I suggest that you take advantage of being able to save as often as you want to by pausing the action and selecting the Save option from the menu, since you never know when a fight can go terribly wrong, not to mention you might miscalculate a jump and end up falling to your death. 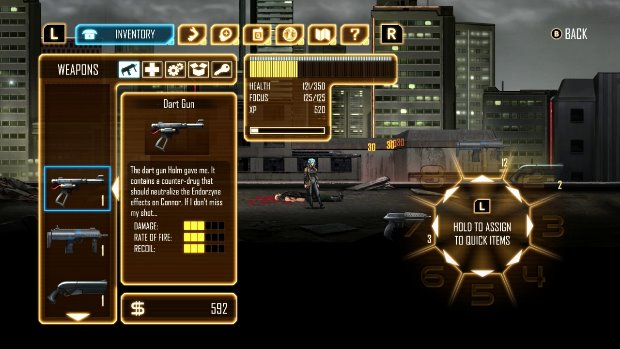 As you explore each location, you should keep your eyes open for any items you can loot since everything you can get your hands on can prove to be very valuable down the road. You could find a can of Synth Beer or Energo Cola, which can restore some of your hit points, an old Datachip that can reward you with some extra experience, or some toilet paper. You know, paper for the toilet. When you defeat enemies, there’s a chance they might drop money or some items, so don’t forget to collect those as well!

Experience is very important since once Dex has obtained enough, she will get to level up. When you level up, you will get Skill Points, which you can allocate to your character to boost different stats that will have a great effect on your overall performance. You could boost Endurance to gain some extra hit points or to be able to install more implants. Maybe you want to increase your Melee proficiency so that you can gain access to a 3-hit combo or to be able to do a power kick that can deal some considerable challenge. Or maybe, just maybe, you want to favor Charisma so that you can have more dialogue options, as well as increase the odds of your persuasion attempts to be successful. 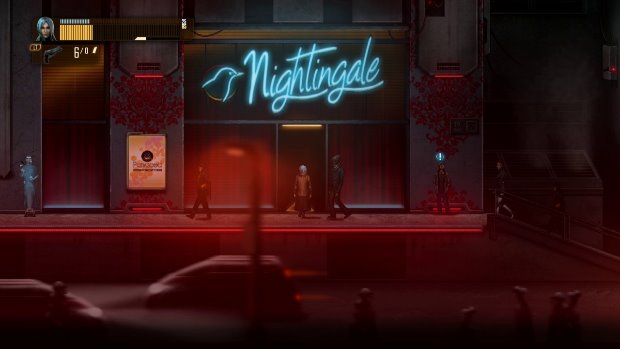 There’s more than one way to complete the different quests you will be taking on during your time with Dex. Without spoiling things too much, allow me to talk about a quest early in the game. The person who tips you off about the raid mentions that you should make your way to Fixers Hope to find a guy named Decker. This can be achieved in one of two ways. When you hit the sewers, you will meet a crazy guy named Ace, who will ask that you do him a favor so that he can then give you the key you need to open the door to Fixers Hope. While you could go into the Seeders’ hideout, plant the C4 explosives and make a bridge go boom, you could also use a skill point to improve your Lockpicking skill so that you can just pick the lock for the door that will take you to Fixers Hope.

You will also need to make good use of your ability to jump into the AR world by pushing in on the left analog stick. By doing this, you’ll be able to hack things, as long as you can manage to survive the onslaught of viruses when in cyberspace! Cyberspace is a mini-game of sorts. In cyberspace, you will move with the left analog stick, aiming with the right one. You can attack viruses, bring down firewalls, and defeat any defenses you find by using the ZR button to shoot. The ZL button will be reserved for shooting a concentrated energy beam that will deal more damage, but you will need to allow your energy to recharge before you can use it again. When in here, Focus will represent your hit points, so be sure to grab all energy pickups you find so that you can recover. You’ll also be able to find experience point pickups, as well as collect information. 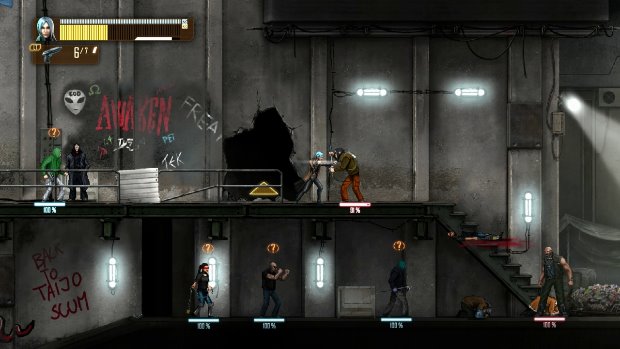 Dex is a solid 2D cyberpunk action RPG with the look and feel you’d expect from a game set in this genre and with its overall theme. A short adventure this is not going to be, and even after you see the end credits, there’s lots of replay value with how there are many different ways to complete each section of the game, skipping some quests while ingeniously using your abilities to take on others. Dex is out now on Nintendo Switch, and it’s one you should definitely check out at its $19.99 asking price.

Disclaimer
This Dex review is based on a Nintendo Switch copy provided by QubicGames.