There’s a new Kickstarter campaign for fans of Metroidvanias, visual novels, and romance sims, so I got in touch with The Deep End Games to talk about Romancelvania. Come check it out!

PS4Blog: Hi! Welcome to PS4Blog.net. Good to have you with us this morning. How are you doing today?

We are all super energized, but at the same time, exhausted! It’s been awesome to reconnect with fans directly via Kickstarter and to meet a lot of new folks as well. It’s such a wonderful experience! 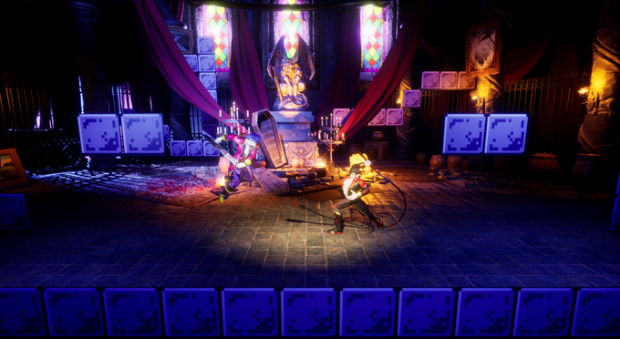 PS4B: On that note, you currently have a Kickstarter campaign for Romancelvania! What can you tell us about this project?

We sure do! Romancelvania is a love letter to all our favorite things mashed up into a genre-bending parody. We like to say it’s Castlevania meets The Bachelor. In the game, you play as Drac. Decades after suffering a crushing defeat at the hands of Van Helsing, the Grim Reaper decides it’s time for Drac to get his groove back. So Grim sets up a ridiculous reality love show for him.

The premise is that as Drac, you must travel all across Transylvania and find the most eligible monsters to move into your newly rebuilt castle. That’s where all the reality show drama happens. It’s all very absurd. But, at its heart, it combines the action RPG gameplay found in games such as Castlevania: Symphony of the Night with the relationship building of BioWare games like Mass Effect. 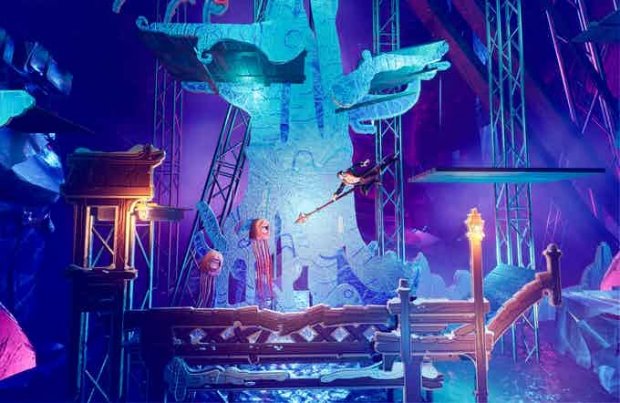 PS4B: How long have you been working on the project? Has it always been in the cards to have a visual novel/romance sim/Metroidvania gameplay mix?

We have been working on it for a bit more than a year. We have a fairly large number of people we collaborate with, and they have been throwing themselves at the project to help out on the side. The Kickstarter allows us to put more of our focus on making features awesome.

Amanda – the game’s Narrative Director and my wife – and I have always been enormous fans of Metroidvanias. We love the sense of discovery and atmosphere they bring. But at the same time, we’ve always felt like they leave a bit on the playing field. It’s a very similar feeling a lot of us on the team had when we were part of the BioShock team. We always wondered: why can’t shooters have more than just shooting? Same deal here. Why can’t Metroidvanias offer more character, relationships, world-building, and so on?

She’s a bit shy talking about it, but Amanda did write romance for a while! She’s exceptional at building bonds between characters, which is why it felt like a natural fit. When the idea initially hit us, it became an irresistible force. We HAD to build this game. When you play it, you really can’t see going back to just fighting and jumping. 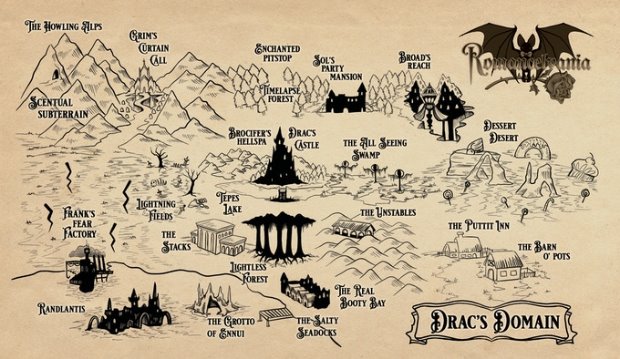 PS4B: Any chance we can see a female Drac as a playable option?

Great question! A few people on the team pushed for this, as it was felt this is an important consideration. We worked out the details and will be able to include a female Drac at a certain Stretch Goal. Mind you, we’ve had a lot of positive feedback about this idea, along with people asking if we could bump that goal up. I love getting this kind of feedback as it really helps give a window into what the audience is looking for. Otherwise, we’re just guessing in our basement. So we are trying to see if we can shuffle some things around to possibly bump that goal up sooner – no promises, though! 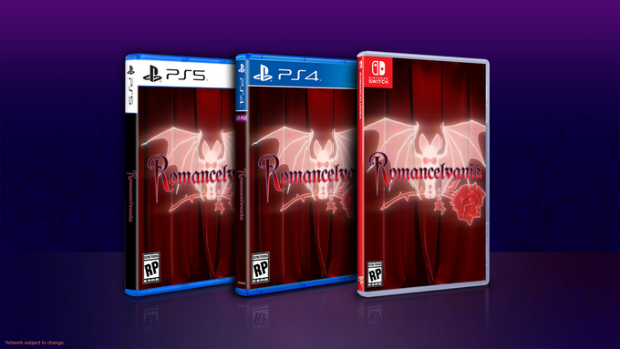 PS4B: What can we expect from the physical versions from Limited Run Games for Romancelvania that are available as a reward for backing the project? Alternate inside cover? Full-color manual? A surprise?

We are ecstatic to be working with them. Truth is, we are working out all the details now, but you can expect the same level of awesome they always bring. That group is just the best!


PS4B: And now it’s time for us to go. Is there something else you’d like to add?

Just a big thank you! We are really reaching with Romancelvania – trying to push the genre to new heights and really tap into elements that are so beloved by gamers. I mean, we have a power where you summon Medusa’s head called “HEADouken,” a giant spaghetti monster boss you fight in front of the Meatball Garden, weapon mating, a massage minigame mixed into combat, RPG, and platforming. How can you not love that kind of boldness?