The story for 9 Monkeys of Shaolin is about Wei Cheng, a fisherman living his life in a peaceful village until one day, Wokou pirates come to raid the village, killing everyone in sight. As Wei pursues the pirates, he ends up facing their master to protect his grandfather, only to be beaten up badly and left for dead. Luckily for him, Shaolin monks rescued him, carrying him to their nearby temple to help him get back on his feet. Once he heals, he offers his help to the monks to face off against the Wokou pirates, driven by revenge against those who destroyed his village. Little did he know that his quest would evolve into a different way of life with the monks as he became one of them. 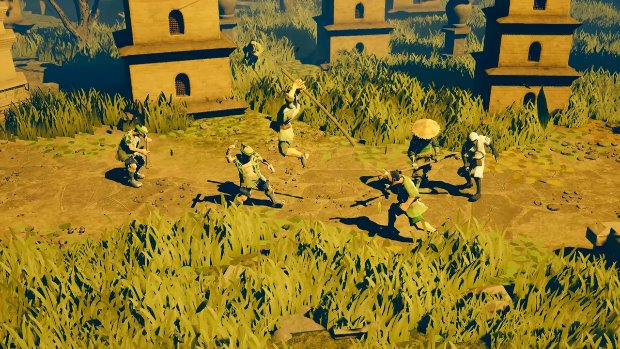 Each mission is played from a sidescrolling perspective, with a presentation that will remind you of classic beat ’em ups such as the Streets of Rage series or, say, the Teenage Mutant Ninja Turtles arcade game. You have three different types of attacks you can unleash, with the regular strike mapped to the Triangle button. The Circle button allows you to use a thrust attack with your weapon that will be strong against armored enemies. The Square button will have you leaping in the air, covering a great distance to kick your opponents.


As you fight, you slowly increase your Qi, which is the energy that allows you to unleash powerful special attacks. The first ones you’ll gain access to are enhanced versions of your regular attacks, which are used by holding and then releasing each of the attack buttons. You will then gain other skills that can be used by combining the R2 button with one of the attack buttons, and a bit later, you get powers that are triggered by using the L2 button this time. Another useful action you can do is to parry attacks with the L1 button, either in close encounters or to deflect an arrow shot by an enemy from a longer range. 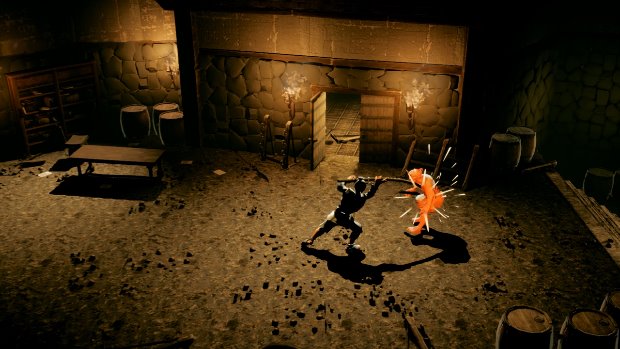 When you’re not on missions, you’ll be back at the Shaolin temple, which serves as the hub for the game. There, you’ll be able to talk to one of the monks to upgrade your attacks with the golden stars you gain when completing missions, as well as to see someone that will allow you to change your weapon, sandals, or necklace equipment. Each new item you gain will have different effects on your attacks or stats, so you’ll have a nice variety to choose from to better fit your playing style.

The game features some great-looking visuals that help to set the tone for the overall atmosphere of the game, with lots of different environments to explore. Sometimes you’ll be by a mansion’s side, while some other times, you’ll be walking through tall herbs and bamboo trees as you slowly progress through the stage your way forward. There are also some nice effects when you deliver the final blow to your opponents that really gives you the feeling of having unleashed a powerful impact. 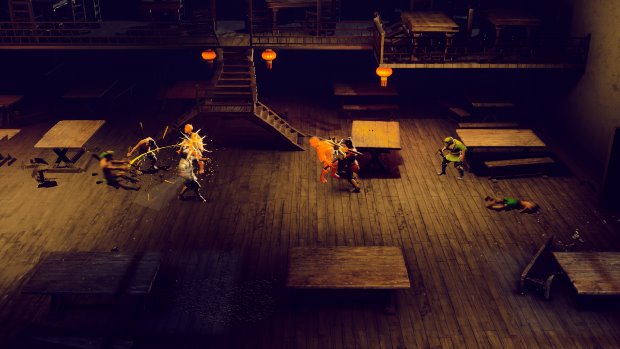 As I played the first few levels of the game, I was finding things a bit repetitive, mostly smashing the Triangle button over and over again until I got to the end of the level. But after the game started to throw more gameplay mechanics my way, things got to be a lot more fun. Enemies will start to gang up on you, with long-range enemies attacking you while melee enemies rush to attack along with more heavily-armored opponents, not giving you much margin for error. Once I was forced to use dodges to avoid attacks and parries to deflect arrows from those that are not within your range.

Every few levels of new enemies were introduced, so there was never a dull moment since you won’t end up fighting the same handful of enemies over and over again. There was a lot of variety, which is not something you see a lot in this genre. Another strong aspect I really liked was the story since it wasn’t a traditional plot. Seeing the character evolve from his initial quest for revenge was a nice journey.


As for the trophies, a lot will unlock naturally as you play, but a few might require you to do additional runs. For a start, there’s a trophy for completing the game on the Hardcore difficulty and another one for completing the game without dying. Unless you can pull this incredible feat on your first go, you’ll be in for at least two playthroughs. If you have what it takes, then you’ll end up with a new Platinum trophy for your collection. 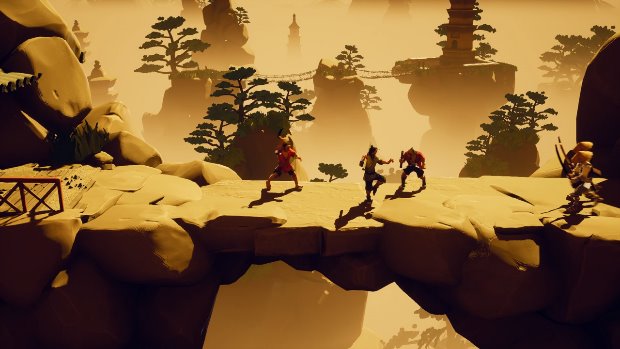 9 Monkeys of Shaolin is a really fun beat ’em up to play. It has some nice visuals, a great story, and fun gameplay mechanics. It is not quite as good as Streets of Rage 4, but it’s definitely one worth playing on PS4 if you’re a fan of the beat ’em up genre.

Disclaimer
This 9 Monkeys of Shaolin review is based on a Nintendo Switch copy provided by Deep Silver.