Relaxing zen-like bird sim Feather from Samurai Punk is now ready for you on PlayStation 4. Come check out our Feather review!


I got a chance to review Feather on Nintendo Switch last year, and it was a relaxing experience that is not for everyone, since the gameplay is of the “fly around and explore each area as you try to locate the secrets that each location is hiding. Samurai Punk has now brought Feather to the PlayStation 4 with a series of improvements and changes that make it a more robust experience for its debut on Sony’s current-gen home console. 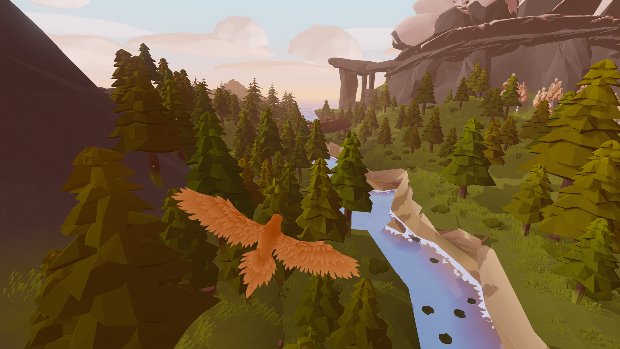 Included now is cross-play, which means you can run into players online that are taking on Feather on PS4, Nintendo Switch, or on other systems. On top of this, there’s a new area to explore, six new songs and four new birds to play as, new weather conditions, improved detail, you’ll be able to perch on top of more objects, an improved renderer that will spawn more undergrowth, as well as other improvements here and there, making this revamped take the definitive version of Feather.


You’ll control your bird with the left analog stick, using the right one to move the camera around. To speed up, press and hold down the R2 button. If, on the other hand, you need to slow down so that you can get a better look at things, or to have your bird land on top of something, you can do so with the L2 button. You can tweet with the Square button. To quickly twist in one direction, you should make the most of your rolls, which you can do with the L1 and R1 buttons. If you want to do a 180° flip, you will have to press the Triangle button. 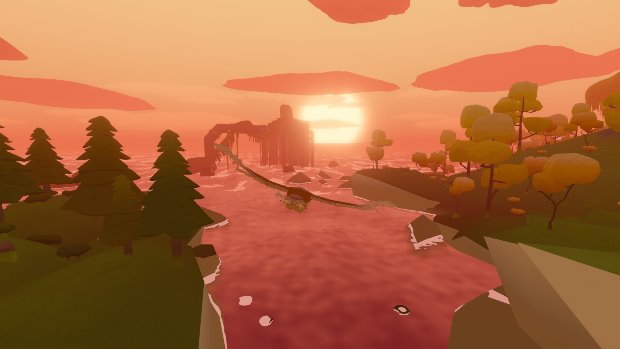 The game has a trophy list with eleven Gold trophies that is easy to complete, with a Platinum trophy to add to your collection. You will get your first trophy as soon as you start to play the game, with the second one unlocking as soon as you’re done completing the tutorial. The other nine Gold trophies will unlock after you go through a triangle-like structure that will change the bird you’re controlling, for having your bird perch on a spot, for diving into the water, for finding a hidden nest, for finding one of the hidden songs, flying at a high speed, flying through a cloud, and for playing the game from day to night or the other way around. 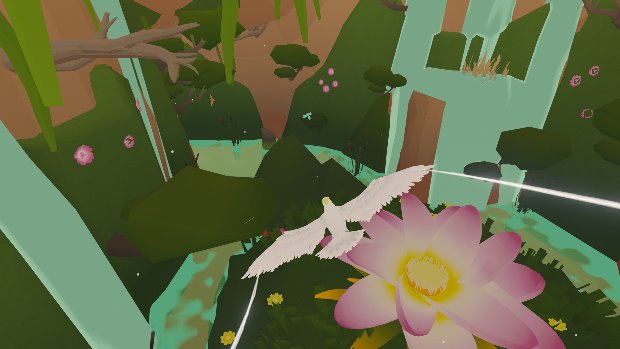 Feather is a relaxing 3D bird sim experience in which there are no fights, no enemies or deadly hazards to avoid. This does mean that there are no set objectives to complete either, so you’ll be able to fly around each area at your leisure as you find the secrets that the game has for you. Feather is out now on PlayStation 4 with a low $9.99 asking price.

Disclaimer
This Feather review is based on a PlayStation 4 copy provided by Samurai Punk.