Hit the road in this massive sequel to the million-selling Cook, Serve, Delicious! series as you travel across the United States to participate in the Iron Cook Foodtruck Championships with your trusty robot crew Whisk and Cleaver.

Set in the radically-changed war-torn America of 2042, play through an all-new story-driven campaign where you cook hundreds of foods—including many brands new to the series—across hundreds of levels in a new gameplay structure that has been completely redesigned to deliver fast-paced action or take it easy with the all-new Chill Mode that can be toggled on or off at any time!

Cook, Serve, Delicious! 3?! is the latest installment in the series, which started in 2013. I loved the previous release Cook, Serve, Delicious! 2!! and I was more than ready to review this new one. In the previous Cook, Serve, Delicious! releases, you built your world-famous restaurant from scratch. At the beginning of this new one, set in the far future of 2042, your restaurant is destroyed, so you decide to move to a food truck to discover the country and offer your delicious meals to new customers. Like in previous CSDs, food crafting is as varied and is fun: you can expect to cook breakfasts, sandwiches, desserts, lobsters, a variety of meats and fish dishes, and more! 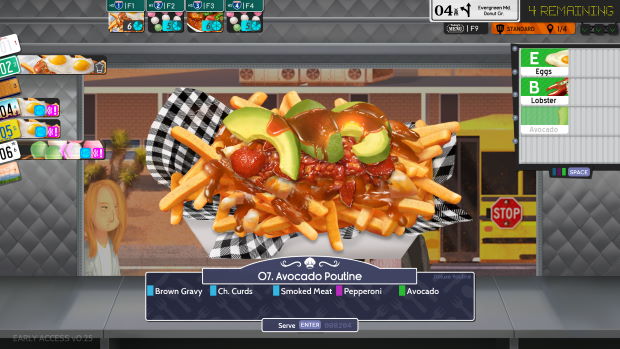 As the first level begins, CSD3 makes it clear that this is not a casual cooking game and that you’re in a hardcore experience. The first level in the food truck requires you to bake pretzels, out of which two different flavors can be made, and then work on various ice cream cones with different toppings to the different customers. It isn’t that hard, but if this is the starting segment, you can probably extrapolate how things are going to only become more difficult from this point forward.


The basic gameplay loop is quite simple since you’re being asked to prepare each of the dishes according to the recipes you’re provided with. Sure, you have recipes, but as you play, CSD 3 starts to feel more like a fighting game since you’ll be required to quickly press the X, Circle, Triangle, Square, and L2/R2 buttons in quick succession to be able to craft the required recipes within the available timeframe. Press the wrong button at the wrong time, and you won’t be able to just CTRL+Z your mistake: the dish will have to be delivered in the way you prepared it, with the corresponding consequences. As is the case with real food, if you messed up by adding too much salt to a recipe, you can’t go back! Speed and precision are key, and this is how this game takes a simple concept and raises the bar to hardcore levels! There’s also a local multiplayer mode featuring drop-in and drop-out at any moment in case you want to have someone else by your side. 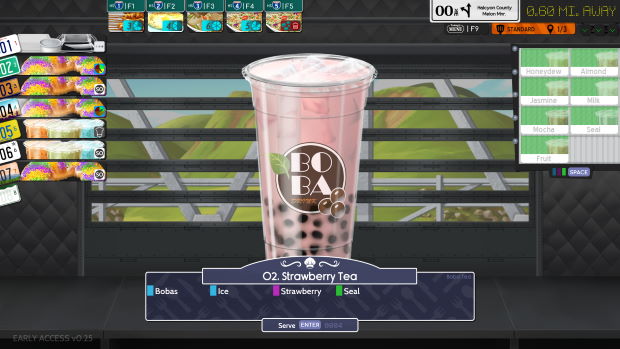 I liked how the food truck added a new gameplay element, which is to prepare food in advance when you are driving to the next location – the distance is shown in the upper part and basically acts as a timer. When you arrive at your stop and open the shop, you can deliver what has been pre-cooked. Of course, it won’t be enough for the wave of customers you’ll have to deal with, but it’s a fair headstart. Preparing food in advance isn’t salvation, however, because each food element has a short lifespan before spoiling, and then you have to trash it.

Progressing through the different levels requires you to perform well in previous levels because many require a specific amount of Silver or Gold medals to let you through. Luckily, and because not everyone is a hardcore gamer, CSD3 introduces the concept of Chill Mode, which can be toggled as you begin any level and turns off some in-game timers, thus dialing back the difficulty. I definitely loved to have this feature since it allowed me to relax for a bit for some of the stages. The only “consequence” for selecting Chill Mode is that you can only earn up to a Silver medal based on your performance, which is not a deal-breaker. 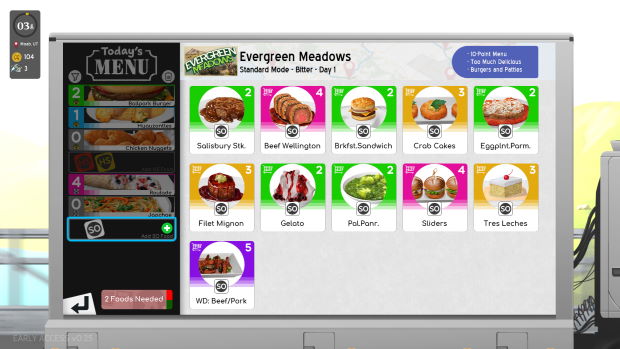 As for the game’s presentation, I love how each recipe is well designed and true to their real-life counterparts. I also really enjoyed the soundtrack from Jonathan Geer, which was pretty great to listen to. If you’re a PlayStation Vita enthusiast, take note that this release is sadly pretty much impossible to enjoy in remote play on your PlayStation Vita console due to its heavy use of the L2 and R2 buttons, which is not something that you can comfortably use while in remote play due to the portable console’s button layout.


Finally, the trophies are highly challenging to anyone looking to conquer its Platinum trophy. The game is already a hardcore experience, and trophy hunters will run into the fact that they need to avoid using Chill Mode at all during the campaign, which is a tall order but not an impossible ordeal. 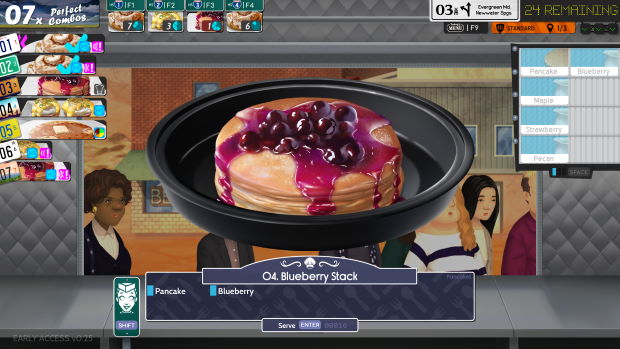 When I have begun playing Cook, Serve, Delicious! 3?!, I remembered how hard the series could be, but the more I played, the more the gameplay mechanics and the overall cycle started to click with me. There are many different places to visit, each having its own set of recipes, which kept me coming back for more – thanks to the inclusion of the Chill Mode! If you’re looking for a fun (and challenging) arcade-style cooking game, then I highly recommend that you play Cook, Serve, Delicious! 3?! on PlayStation 4!

Disclaimer
This Cook, Serve, Delicious! 3?! review is based on a PlayStation 4 code provided by Vertigo Gaming.

The Legend of Heroes: Trails of Cold Steel IV Out Tomorrow

[Beyond PlayStation] Undead Darlings ~no cure for love~ Review