Witcheye from Devolver Digital and Moon Kid is a fun 2D platformer with a unique control scheme. Learn more in our Witcheye review!


In Witcheye from Devolver Digital and Moon Kid, a knight is sent by a powerful wizard to steal all of the witch’s things. Simple, right? The knight sneaks up to the witch, opens up its sack, and starts to catch everything that the witch is taking out of a chest. As she throws item after item, all of them fall into the knight’s bag, until there are no more items left. It is then that the witch starts to give chase and to be able to catch up to the knight, she decides that the best course of action is to turn herself into a big floating eye! 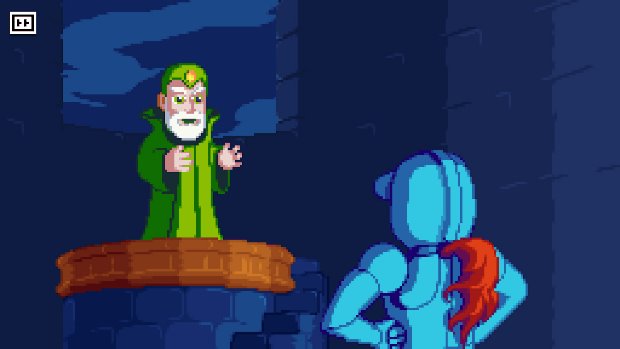 Because of this, you’ll be controlling the eye as if it was a floating ball of sorts. By flicking the left analog stick, you’ll be able to send the eye flying through the screen in the direction you flick the stick. If you want the eyeball to stop, then just press any button on your controller! You can also use the Nintendo Switch’s touchscreen to control the eyeball when playing in Tabletop or Portable Mode – or on a Nintendo Switch Lite – by swiping with your finger to send it flying, or tapping anywhere on the screen to make it stop.


Since the knight is running as fast as he possibly can to stay far from the witch/eyeball, it will end up dropping some of the items he has stolen. This means it’s possible to find three green diamonds and one blue diamond in each stage that you play. You’ll find them as you destroy the blocks in your path, or when you beat an enemy by hitting it with the eyeball, or by searching here and there for those that are hidden out of the main path. There’s also going to be a special treasure for you to find – such as the magical golden bone you can collect on stage 1-5 in the first world – which you’ll need to search for if you want to 100% the game. 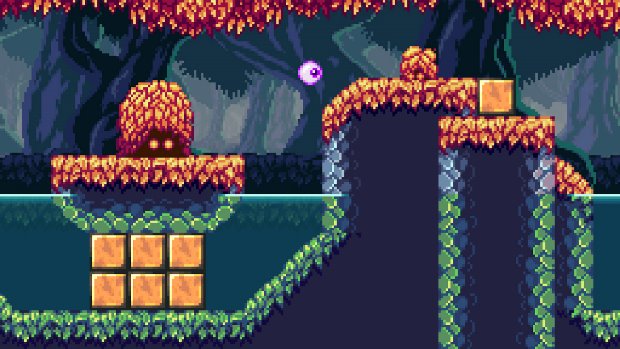 As you progress through Witcheye’s 50+ levels, new enemies, new hazards, and new items, and a ton of enemies, mini-bosses, and bosses to defeat! These include round blue characters who like to rock a hat, sentient candles which will light up and try to burn you if you get too close, enemies carrying spiky shields to defend themselves, fire-red toads with spiky backs, spiders that drop down from the ceiling, axe-throwing lizards, lightning-fast woodpeckers, walking bunches of leaves, and more. 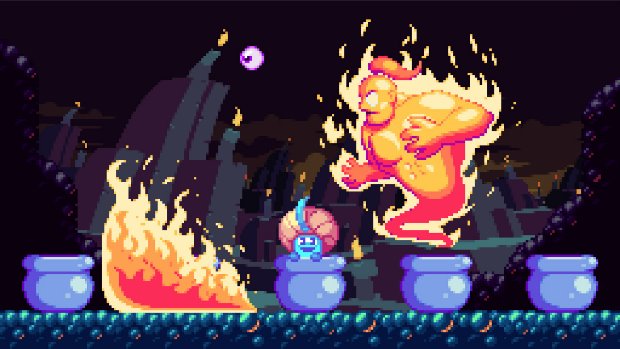 Mini-bosses will pop up during small self-contained arena-style areas on which doors will appear at both sides of the screen so that you can’t get out. Defeat the mini-boss(es), and you’ll be rewarded with a key that will allow you to open the doors so that you can carry on. At the end of each set of stages, you will run into the big bad boss for that area. Without spoiling all of them, the first boss will be a giant orange skull with a large spiky shield and an equally spiky crown over its head, which means you’ll have to try and attack it from behind to deal some damage. Beat the boss, and you’ll recover one of the witch’s treasures! 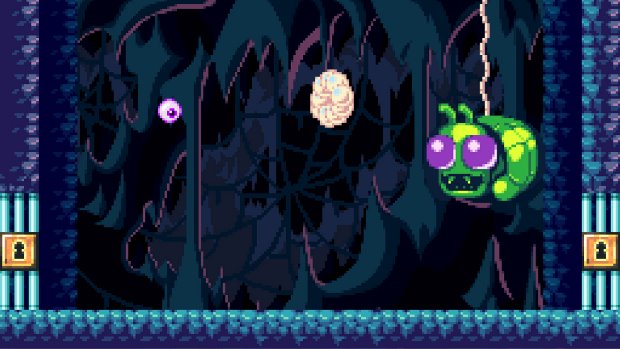 Witcheye is a platformer-style game with a different set of gameplay mechanics that makes for a fun adventure, thanks to its bite-sized stages that allow you to play and beat a handful of them during short bursts, or dive and go all-in to beat the game in a single go. It’s out now on Nintendo Switch for a low $4.99, and you’re definitely going to get your money’s worth. Oh, and once you finish the game on Normal, you can do it all over again in Hard with remixed stages!

Disclaimer
This Witcheye review is based on a Nintendo Switch copy provided by Devolver Digital.

Reflection of Mine Out On PS4 And Nintendo Switch