In Vampire’s Fall: Origins from Ultimate Games and Early Morning Studio on Nintendo Switch, you will take on a new adventure in the village of Vamp’Ire, after rumors start to spread of an evil wielder of dark magic – a Witchmaster. Your task is to defend the village at all costs, but that role will only be the beginning of your journey. Vampire’s Fall: Origins is an open-world 2D turn-based RPG, with a look that will, at first, instantly remind players of the old-school classic Diablo – and its sequel. But while those games are more of the action variety, Vampire’s Fall: Origins focuses on turn-based combat. At least there’s still plenty of loot to get! 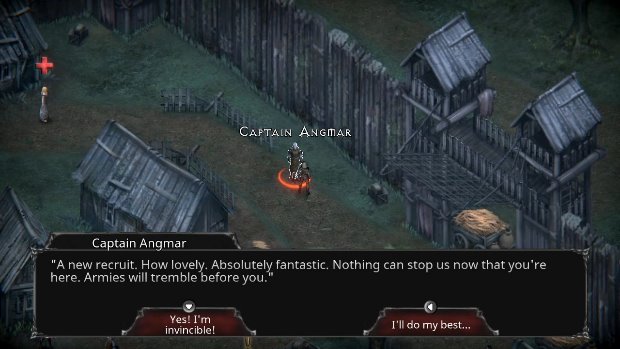 Your journey in Vampire’s Fall: Origins will begin with the creation of your in-game avatar. You can select between a male or female avatar, editing its name as step 1. After this, you can edit its face and go into changing its complexion, eyes, nose, and lips from a handful of options. You can also change its hairstyle, hair color, skin color, and eye color. After this, you can pick the human lineage of your character, which will bestow upon it some bonuses to aid you early on in the game.


You could select the Nosferatu family, which is known for its power and cruelty, taking pride in being feared by all who stand in their path – this will grant you an 8% boost to gold drop. The Magistrav family has a focus on magic and neutrality, keeping to themselves and avoiding conflict as possible, which is reflected in a small 2% boost to item drop. Next up is the Ranjeni family, who are masters of deception, fainting to be wounded in battle, only to retaliate with full force when their opponents get closer – thanks to this, you will get a 2% dodge bonus. The last one is the Equides family, which considers the world to be evil. It will be only because of compassion and kindness that humans will be able to tip the scales towards good, purging the world from evil – you will get a 5% experience bonus, which is why I suggest you start your first run with this particular family.

After this is taken care of, you will be greeted by Walter, the Town Elder, who mentions that there are reports of the Witchmaster’s army moving South, posing great danger to the village of Vamp’Ire. While it’s a small village that should be of no interest to the Witchmaster’s plans, the Town Elder prefers to be as cautious as possible. You will need to go and visit Captain Angmar. Since you don’t even have a starting weapon on you, the Captain will be kind enough to sell you a weapon so that you can get started – select from the simple spear, the rusty sword, or the simple club, which deal piercing, slashing or piercing, and blunt damage, respectively. The Captain will also prepare you for your adventure by teaching you the game’s basics. 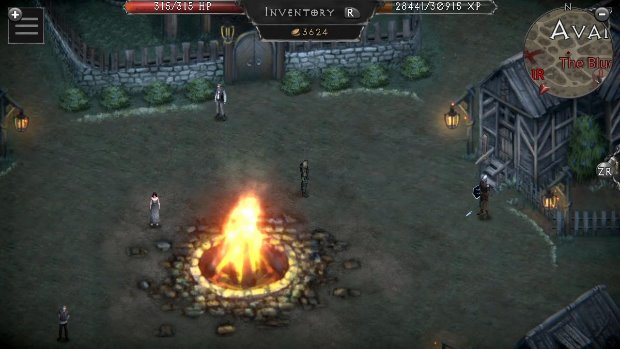 You will move your character around with the left analog stick, interacting with other characters by pressing the A button. When talking to them, you might have more than one potential dialogue option, which you can select by pressing the corresponding direction on the D-Pad. When in battle, you will attack with your weapon on your main hand, or use both hands for a dual attack. To do this, you will press either left or right on the D-Pad. To use your abilities, which I’ll talk about in a bit, you can press the Y button to change between the Weapons tab and the Instinct and Control tabs. You can also use your focus to unleash combos, for which you can queue your attacks based on how much focus you have to spend.

When exploring, you can use the mini-map on the upper right corner of the screen, or you can press the – button to open up the map. When checking out the map, you can zoom in and out, check where the different quests you have will lead you to, as well as place markers on the map so that you can know where you should head to next. Before you venture any further, you should use the gold you will get from completing the first handful of quests in the game at the store, so that you can get better gear than what you’re currently carrying. Buying a used shield and a ragged – but still useful – chain armor can make a big difference during the start of the game.

Win the battle, and you will be rewarded with some gold, some experience points, and, if you’re lucky, some items to add to your inventory. The R button will open up the main adventure menu, from which you can check your Inventory, Character, Blood Lines, Abilities, and Quests. Inventory is self-explanatory since it’s from here that you will be able to review which items you’re carrying, what can be equipped to each of your characters equipment slots, which potions you can take with you to aid you on your adventure, how much weight you’re carrying and how close you are to your limit, and review your character’s current and total hit points. 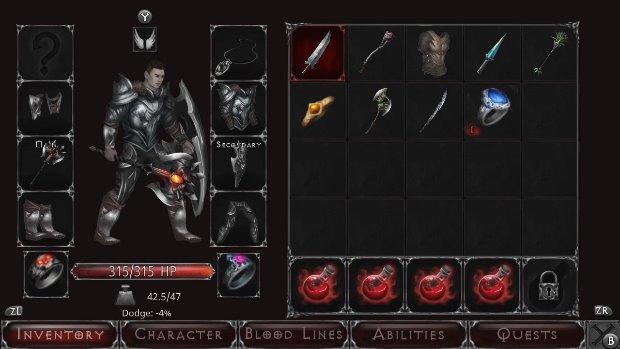 In the Character tab, you can check how much gold you’re carrying, your current level, how many experience points you’ve earned and how many are needed to level up, your starting and max focus – which is needed for abilities -, your critical hit chance and critical hit bonus, if you have any blunt, piercing, slashing, or weapon bonuses, your armor value, dodge rate, shield block percentage, as well as the resistance you have to blunt, piercing, slashing, magic, dark, fire, lightning, poison, and bleed damage.


The Bloodlines tab will be where you can check the different skill trees on which you can spend the skill points you get from leveling up, in order to improve and unlock new abilities and skills. You could, for example, upgrade your Hard Hitter ability, which will increase the max damage dealt with weapons. From there, you could unlock the Precise Hitter skill, which increases your critical hit percentage, or the Piercing, Blunt, or Slashing Expert skills, which will increase the damage dealt by said weapon types. Since there are two more skill trees on which you can spend your skill points, you might perhaps decide to first increase your overall health points, increase your dodge rate, or increase how much gold you get from enemies.

The Abilities tab will be split into Control, Instinct, and Might skills. Your Control and Instinct skills will be unlocked as you level up, giving you access to things such as Backstab to deal extra damage when striking a foe from behind, Conjure, which allows you to cast a powerful elemental orb, Fortify, which greatly increases your armor for a few turns, or Petrify, which will reduce an enemy’s dodge rate by more than half for a couple of turns. The abilities in the Might tab can be manually activated once you’ve fulfilled certain conditions. 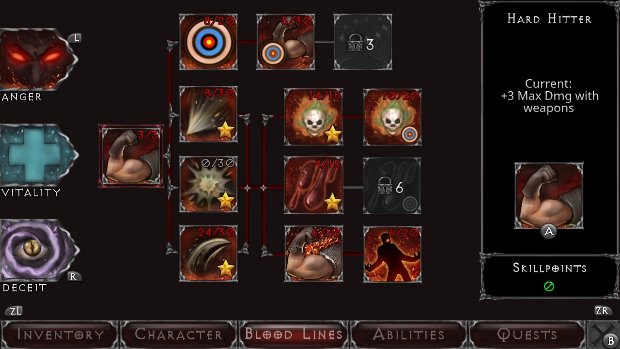 The last tab in the menu is the one for Quests. As expected, this section will list all of the quests you need to work on – with the first one on the list being the one for talking with Captain Angmar, who is standing near the town’s entrance. But if you talk to the character near the Town Elder with a big exclamation point hovering over its head, you’ll be able to get an extra quest that involves killing two crazy farmers who are up to no good. Once you completed these quests, they’ll be moved from the active tab to the completed tab.


Vampire’s Fall: Origins is an entertaining turn-based RPG with an overall look that will remind you of the classic pair of Diablo games from back in the day, with combat sections that feel a bit more of a minimalist, budget take on turn-based fights. It has lots of loot for you, three skill trees to work your way through, new abilities to unlock as you level up, and plenty of fetch quests and “Kill X of Y” quests to take on, all for a low price. Vampire’s Fall: Origins is out on Nintendo Switch for $12.99, making it an easy one to recommend.

Disclaimer
This Vampire’s Fall: Origins review is based on a Nintendo Switch copy provided by Ultimate Games.

The Watchmaker Out Next Week