Trollhunters: Defenders of Arcadia from Outright Games and WayForward is a 2D action game based on the popular Netflix series of the same name created by Guillermo del Toro. Since my kids are fans of the series, I figured that enlisting their help to review this one was needed, as I’m not the target demographic. I do like 2D action games, especially if the developer is WayForward, but it’s easy to understand why Trollhunters: Defenders of Arcadia is aimed at a younger demographic. 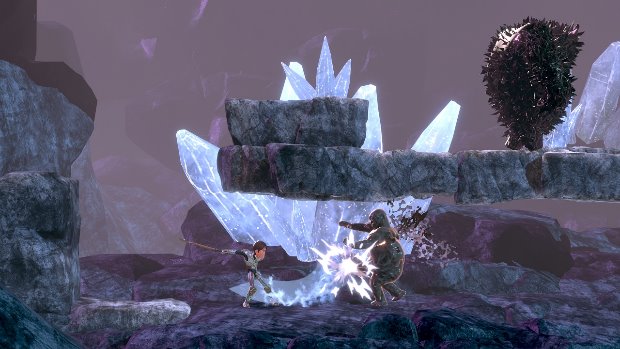 The game is fully voice acted and features the same actors from the series, so you’ll hear Emile Hirsch as Jim Lake Jr., Lexi Medrano as Claire, Charlie Saxton as Toby, and David Bradley as Merlin. You will take control of Jim, and if you have a second player to take on this adventure, it will get a chance to control Claire, who can use her magical wand to conjure up teleportation portals to solve some light puzzles. The game can be played on Human or Troll difficulty. Human is the normal difficulty setting, while Troll will be the hard one. At the start of the game, you will have to fight against goblins and pirate trolls, who are being led by Porgon, who can summon portals… and he ends up using one to suck in Jim who knows where. He ends up returning to Arcadia Oaks, but it seems that weeks have passed since Jim went missing!


Jim is now in the past, a year before events in New Jersey, but luckily, Merlin has managed to use his magic to communicate with Jim, letting him know about what is going on. He’ll also aid him by using his power to create magical platforms to help him progress through each stage. Porgon will soon show up again, so you’ll go as you try and catch up to him. Some platforms will remain in place, others will pop in and out of existence, and there are others that will move around, floating in the air. 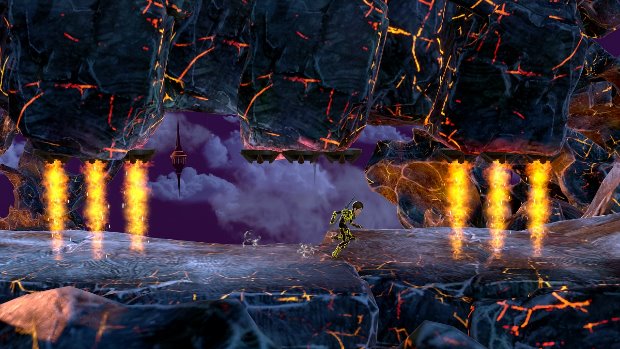 You will control Jim with the left analog stick or the D-Pad, jumping with the B button. You can use the might of your sword with the Y button, and you can jump attack by pressing the Y button while in the air. If you press the Y button several times in a row, you’ll be able to unleash a sword combo. If you press down on the left analog stick or the D-Pad and the B button, and your character will slide. The second player can activate Claire’s portals with the ZL, ZR button, L or R buttons, and once it has been placed, you can interact with them with the A button.


Press the + button, and you can open the menu that showcases your armor, your inventory, the objects you’ve collected, and the assists you have access to – which you can activate by pressing the L and R buttons at the same time. If you lose some of your health, you can collect candy to recover it. As you explore each area, you will need to keep your eyes peeled for any dirty socks you find. These can be used with Rot Gut to trade them. You will also need to find the gnomes who are hiding in each stage, usually in spots that are away from the regular path. These gnomes can be used at the bar to play a mini-game in which you have to throw the gnomes like darts to hit the moving targets. The more you destroy, the more coins you will earn, so destroy all targets, and you’ll be handsomely rewarded. 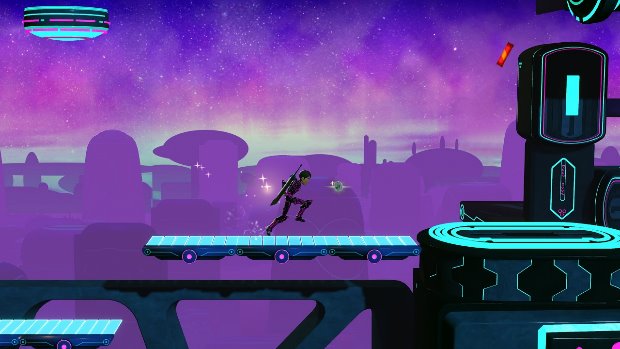 These coins, along with the many you will collect in each of the stages you explore, can be spent at Bagdwella. You could purchase things such as a burrito to recover three hearts, a powerful artifact that allows you to freeze time for five seconds, a pendant that can give you five seconds of invincibility, the dusty remains of fallen warriors to double your damage output for ten seconds, or perhaps you want to spend thousands on a mask that seems to change the look of whoever wears it. 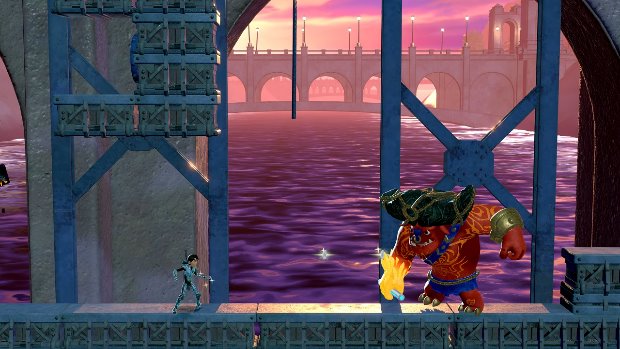 Trollhunters: Defenders of Arcadia is a2D action platformer tie-in to the popular Netflix series that plays around with time travel, allowing it to show characters from previous storylines, which will surely please fans of the show, as was the case for my kids. The one thing they didn’t like is that the game takes a while to load as they went between each of the stages, as well as when exploring the Troll Market. I do have to agree with them since loading times were a bit on the long side, which is not what you want in a video game aimed at kids.

A 2D action platformer for young fans of the series

Disclaimer
This Trollhunters: Defenders of Arcadia review is based on a Nintendo Switch copy provided by Outright Games.

Handball 21 Out Next Month