[Beyond PlayStation] She Sees Red Review

She Sees Red from Rhinotales is a rated M for Mature full-motion video interactive experience on Nintendo Switch. Learn more in our She Sees Red review!


As a fan of full-motion video interactive experiences, such as the classic Night Trap, as well as more recent releases such as The Bunker, the bizarre and addictive The Infectious Madness of Doctor Dekker, or The Complex, I was looking forward to checking out She Sees Red from indie team Rhinotales. The game is available in the original Russian language in which each actor’s performance was recorded, or in dubbed English, which is why the lip-syncing might feel a bit “off” when playing this FMV release in English. 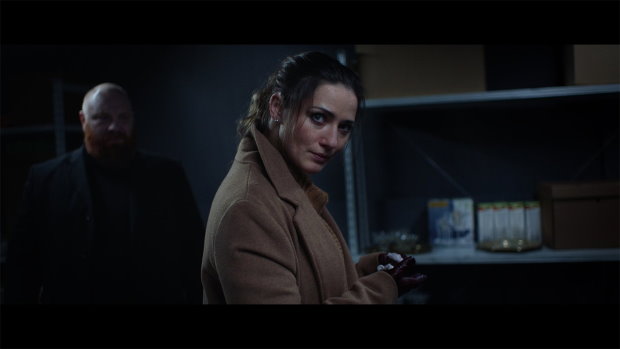 You will be taking on a murder case as you follow every possible clue to try and catch the killer who has left a trail of red after leaving several corpses on his onslaught through a nightclub. There are many choices to make along the way, and the decisions you make and the clues you follow will end up leading you down to one of the four possible endings that She Sees Red has to offer. In an interesting gameplay twist, you’ll be seeing the actions of the murderer during flashback sequences, dictating its actions! 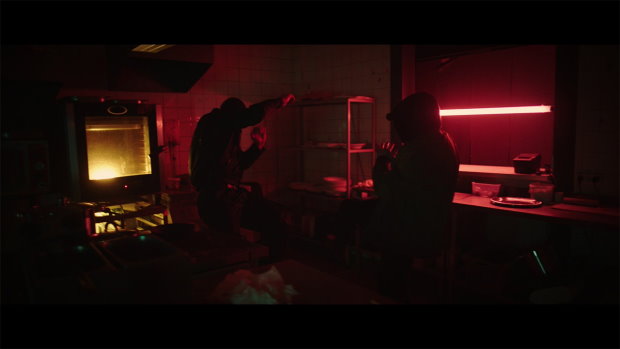 There are over 60 scenes to experience in She Sees Red, which is why the team at Rhinotales advises gamers to play the game twice so that they can see all potential outcomes. Why? Because during the sequences in which you can make a choice to move the story in one direction or the other, you’ll be picking between two options. Due to this, you can do a second run for She Sees Red and pick all of the opposite choices from what you decided to do the first time around so that you can try to get the full picture – although you might need to play this one a third time to unlock every single scene. 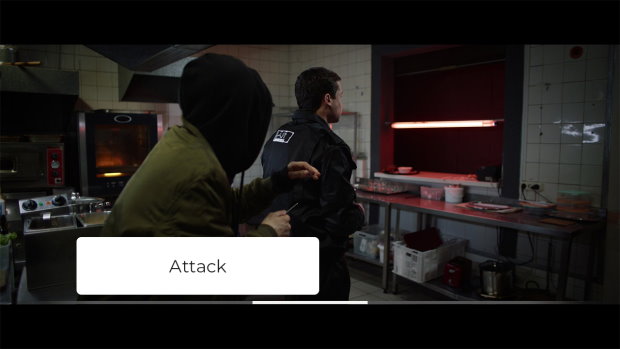 For most of the time, you’ll be watching this interactive movie to try and start to piece the puzzle together, selecting from the two options presented to you during interactive sequences by pressing left or right on the left analog stick or the D-Pad and pressing the B button to select your highlighted action. There will be a timer at the bottom of the screen, so you’ll need to act fast. Every choice has consequences, and it will change how the overall story plays out. You can also use the Nintendo Switch’s touchscreen to make choices when playing in Portable or Tabletop Mode. 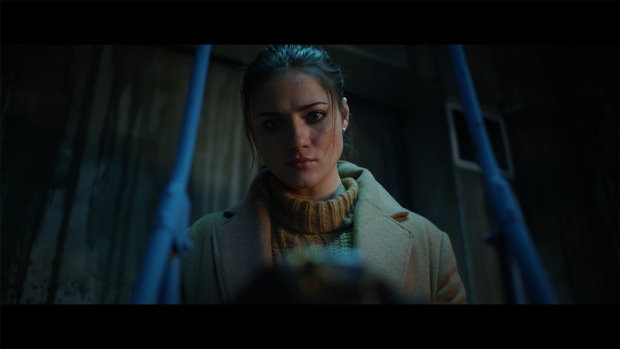 She Sees Red is an interesting take on the FMV genre, leaning more on the video part of that particular equation, with some choices to be made at different intervals as you see things from the perspective of the killer. I won’t be talking about the plot since that would ruin your experience with this one, but I do want to mention I enjoyed the couple of twists I ran into during my two playthroughs. Once you finish the game at least once, you’ll be able to go to the Gallery section to get a behind the scenes look at how this game was made. As a heads-up, there’s sometimes a tiny bit of slowdown in the video playback every now and then, but it was not a deal-breaker for me. She Sees Red is out now on Nintendo Switch for $9.99.

Disclaimer
This She Sees Red review is based on a Nintendo Switch copy provided by Rhinotales.