ScourgeBringer from Flying Oak and Dear Villagers is a 2D action-packed roguelite platformer that is a must-play on Nintendo Switch. Find out why in our ScourgeBringer review!


A few years ago, I got a chance to review Neurovoider from Flying Oak Games on Nintendo Switch, a very fun and fast-paced arcade-style twin-stick shooter. It’s now 2020, and the indie dup at Flying Oak Games is back on Nintendo’s console alongside publisher Dear Villagers to give us ScourgeBringer, a 2D roguelite in which you’ll get to play as Kyhra, the deadliest warrior of her clan. She sets out on a journey in a post-apocalyptic world as she tries to find a way to defeat the deadly ScourgeBringer. 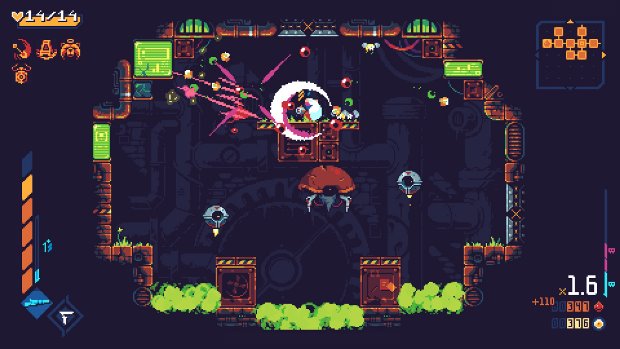 You’ll move around with the left analog stick or the D-Pad, jumping and double jumping with the B button, and slashing with the Y button. You can use a smash attack with the X button, which will be slower but will stun enemies. If you want to move closer to an enemy while also dealing damage, you can activate a dash attack with the R button. You also have access to a long-range attack, so you’ll be able to shoot with the ZR button. Once unlocked, you can unleash a powerful Fury attack with the ZL button. Oh, and if you want to see where you’ve been and get a better idea of where you should be going, you can do this by pressing the A button.


The game will first send you into a tutorial segment so that you can get the hang of things and learn all of the basics before you end up entering its roguelite procedurally generated gameplay cycle. You’ll be going from room to room as you defeat anything that moves, trying to avoid attacks while dishing out a ton of damage, making the most of your hit points as you try to stay alive. When you die – not if, but when – you’ll get to see how long you managed to survive for, if you defeated any bosses, how much blood you’ve collected, and the number of rooms you got to explore.

After your first defeat, you’ll find yourself in front of the Chiming Tree. Next to it will be Garo, an old man who has one sole purpose: to help you in your quest. As Garo tells you, blood is power, and blood is how you will start to make some progress in ScourgeBringer. There’s a chunky skill tree for you to work your way through, and you’re going to have to spend the blood you collect from the bosses you defeat – which are called Judges – to unlock things such as a permanent boost to your max hit points, a ground pound attack you can use after dashing, being able to fast travel to any room you’ve already visited, a combo meter so that you can get your groove on, a nice revenge skill that will mark an enemy that hits you for two seconds, allowing you to deal 50% more damage to it while the mark last. This is only but a small taste of what you can do with the blood you collect, so the more you play, the more you’ll be able to slowly but surely make some progress. 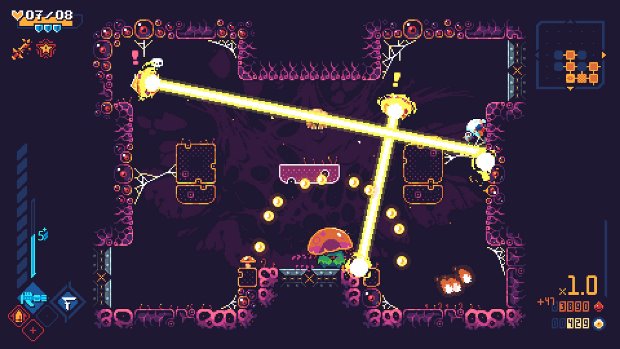 During your adventure, you will also run into Greed. Greed is a wandering merchant, as well as a Blood amateur. What this means is that you can use the regular blood you collect from the many enemies you’ll battle as the in-game currency used to purchase a variety of items. These can include, for instance, a heart to give a boost to your max hit points for that run, buy a shotgun that will pack a punch but will have a short attack range, or even a cucumber. Yes, you read that right, a cucumber.

Greed won’t be the only NPC you’ll get to interact with. You might find Peppy, who will grant to you a variety of items at no cost to aid you on your quest – a free boost to your melee and long-range attacks as well as some extra hit points can certainly go a long way! There’s also Lefanu, who, unlike Greed, is not interested in the blood you’ve collected. For Lefanu to make a deal with you, you’re going to have to give up some of your hit points. It’s a high price to pay, but the stuff he has for you is certainly worth it! And once you run into Xip’os – a disciple of Greed – you’ll be able to purchase some very powerful weapons and mods that will make a huge difference.


And then, there are the different Altars of Blood that you can find as you explore each set of rooms that the game will throw at you. These are very important since they will grant you a blessing that will be of much help for your run. You could, for example, get the Threat Dampener blessing, which will lower the hit points of regular enemies by 25% while also lowering the hit points of bosses by 10%. Another option could be the Determination blessing, which will instantly recover all of your hit points, ammo and recharge the Fury attack – if you’ve unlocked it. 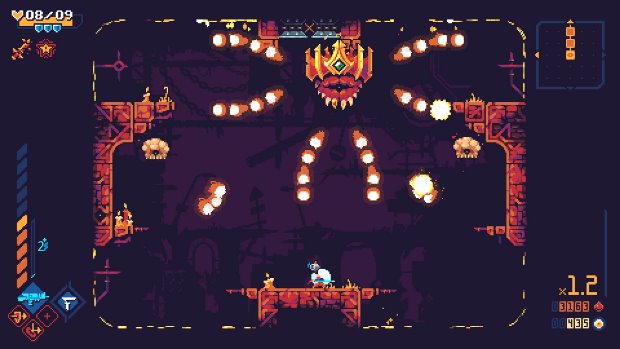 You can also find an ancient computer from a long-gone age, which you can bring back to Garo so that he can try and get it working again. Once he does, you’ll be able to check out any of the expedition logs you collect during your many runs through the dungeons that ScourgeBringer will throw at you. On top of this, the game will also start to automatically collect information on each of the enemies and Judges you battle, adding them under the Bestiary section of the computer. By clicking on each enemy, you’ll get to read a bit of info on them so that you can see what type of creatures you’re going up against.

While ScourgeBringer is certainly a very challenging type of game, the team at Flying Oak Games wants as many gamers as possible to enjoy this one, which is why they’ve done a great job at adding a handful of accessibility options that will allow players of all skill levels to dive into this one. There’s the option of toggling auto-slash for your melee weapon, lowering – or increasing! – the game’s speed, lowering – or boosting! – the speed of enemy bullets, having the background blink when you have low health, set the text between the pixelated and HD options, and even activate more HP drops or make players completely invulnerable. 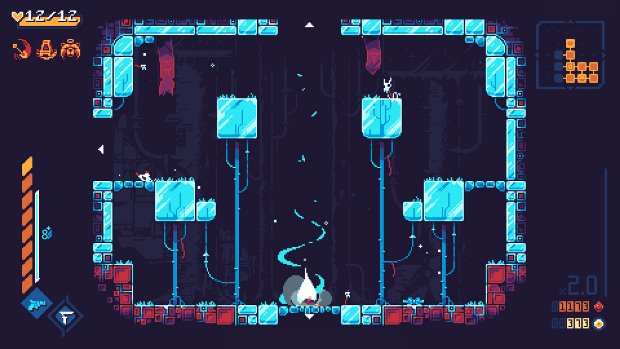 ScourgeBringer is a highly addictive 2D action game that is a must-play on Nintendo Switch. With an excellent art style, killer soundtrack, hearty challenge, variety of NPC to interact with, the huge skill tree to work on, there’s a lot of things that ScourgeBringer does right. The only thing that could keep you from playing this one is you not being a fan of fast-paced and challenging roguelite games, which would be a shame since this is one of the best games on the Nintendo Switch. ScourgeBringer is available for $16.99 and is worth every penny.

Disclaimer
This ScourgeBringer review is based on a Nintendo Switch copy provided by Dear Villagers.

Clea Out Next Week On Nintendo Switch