Prinny 1•2: Exploded and Reloaded on Nintendo Switch is a compilation from NIS America that brings together two former PlayStation Portable (PSP) games on a single cartridge: Prinny: Can I Really Be the Hero? and Prinny 2: Dawn of Operation Panties, Dood! The first game in the compilation was released on Sony’s first portable console way back in 2009, with the sequel – which picks up right after the end of the first one – releasing on PSP at the start of 2011. Both games share several elements. 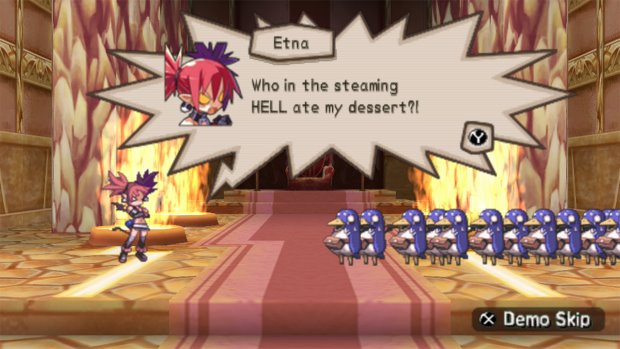 Both of these titles share a similar look and feel, making the most of the charming Prinny and other characters from the beloved Disgaea series. Both titles also share similar gameplay mechanics, since they’re both 2D action-packed games in which the difficulty is going to be considerably high, which is why you’ll have 1,000 lives to try and sort things out. For the first game, your goal will be to bring Etna the best dessert ever – the Ultra Dessert – since this is what she demands of her Prinny army after someone ate her dessert. Oh, and you have until tomorrow to pull this off. In the sequel, someone has stolen Etna’s unmentionables, so off you go on a new adventure to find whoever dared to do this.

For those of you that are new to the long-running Disgaea universe, Prinnies are the low-level grunts at the service of whoever is leading the charge for that particular game. Think of them as a character similar to, say, the Goomba from the beloved Super Mario Bros. series. When taking on one of the thousands of battles, you will take on a Disgaea game – at least if you’re playing the game right and want to see everything each entry has to offer – you can pick up a Prinny and throw it at something or someone to make that Prinny go BOOM. 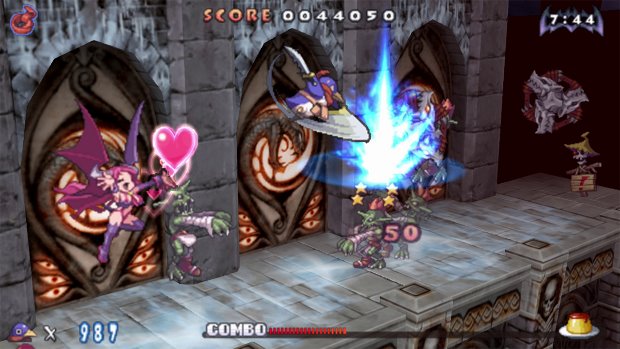 Since a 2D action platformer in which having your character explode and die when it lands from a jump would make for a very different type of experience, Master Etna grants one Prinny, in particular, a mighty power boost that will keep it from exploding in the usual way… at least for a limited time! This will make it a bit easier to explore each of the six general areas from which you’ll have to collect the ingredients for the Ultra Dessert – but not by much! There’s still going to be a hearty challenge ahead of you, so be ready!

When you start to play Prinny: Can I Really Be the Hero? on the Nintendo Switch, you will be given the option of playing it in either the Standard or Hell’s Finest Mode. In Standard, enemies can strike your Prinny up to three times before it dies. As for Hell’s Finest, as a single hit is all it takes for your Prinny to be defeated. All events and endings will be the same no matter which option you select, and if you want to change things, you can switch between both difficulties after you start your run. 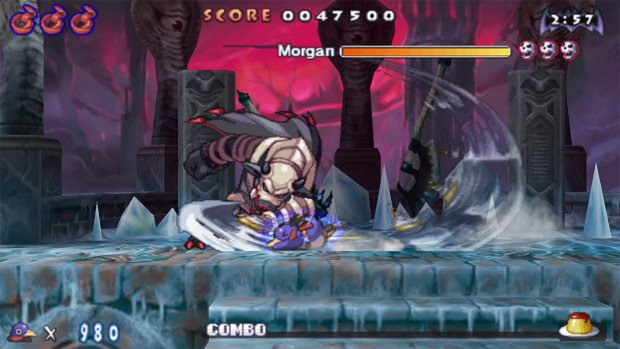 You’ll move around with the left analog stick or the D-Pad, jumping with the B button, and double jumping by pressing it once again while in the air. If you jump towards a ledge, you’ll be able to hang from it, so that you can climb and pull yourself up. If you press down and the B button while in the air, you’ll do a hip pound, stunning any enemies near its area of effect. The hip pound can also be used to activate a Revive Point, which is very useful since when you die, you’ll reappear at that spot. Pressing down while walking will allow you to squat, which can be useful when trying to avoid attacks from your enemies.

The Y button will be used for your slash attack, and you can press it over and over again to unleash a flurry of slashes. If you press the Y button while up in the air, then you’ll do an air slash. You can lift and throw barrels or bombs with the X button, and you can also do this with stunned enemies! If you want to have a better look at your surroundings, you can press and hold the R button and then press up or down on the D-Pad or the left analog stick to look above or below your Prinny. Press and hold down the A button, and you can make your Prinny spin so that when you release the button, it can rush forward at a faster pace. 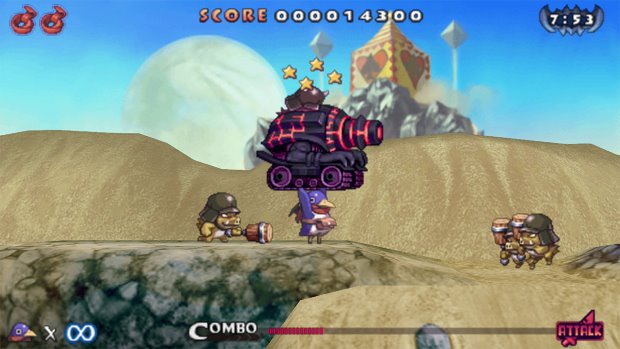 At the end of a stage, you’ll end up facing a boss battle. Pay attention to a boss’ movement and attack pattern so that you can find the right time to use your Prinny’s mighty blades to unleash a flurry of attacks. Depending on your performance during the stage – the total time it takes you to clear the level, how many Prinnies died during the main stage, and how many Prinnies were defeated during the boss fight – you will get a grade for that stage, with the best one being a clear S rank.

Prinny 2: Dawn of Operation Panties, Dood! changes things up a bit by offering three difficulty settings. Standard now allows your Prinny to receive two hits before its toast, while Hell’s Finest remains the same as with the prequel, so you’ll need to avoid all enemies and attacks since a single hit will kill you, dood! The new difficulty setting is Baby, in which you get three hits before you’re dead, and there will be some safety blocks added for the more dangerous parts of each stage. Oh, and the scarfs that mark how many hit points you have left will be instead changed to diapers – you know, cause baby. 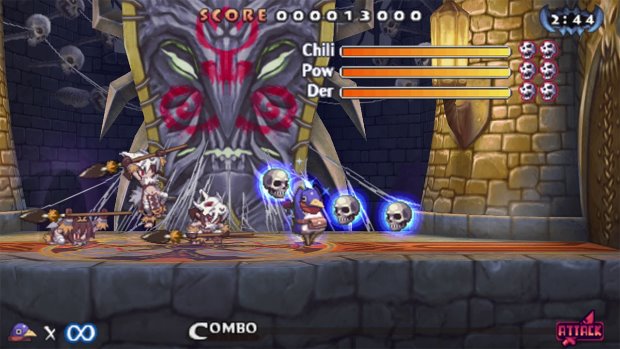 Gameplay-wise, you will gain access to new moves once you fill-up the combo meter by consuming all of the different sweets you will find on your journey, as well as from attacking enemies in quick succession. When the combo meter is full, you’ll go into Break Mode, during which your attacks will deal more damage, your Hip Pound turns into the Husky Hip Pound, which will now deal damage to opponents, and you will be able to spin your Prinny right round, like a record, thanks to the Prinny Cyclone move, which will also deal damage to enemies. The last extra move is the Prinnikaze, which can be activated by pressing the R and Y buttons while in the air, turning your Prinny invincible as it dives onto the ground at high speed. 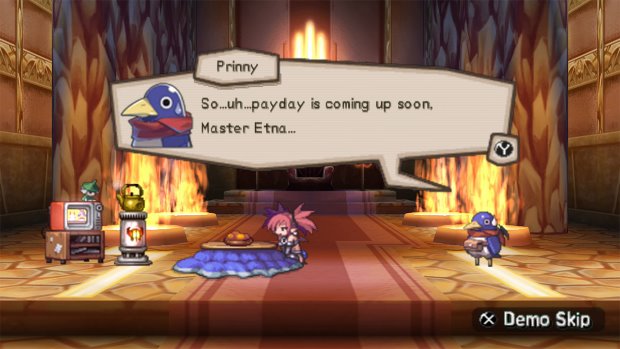 If you’re a fan of 2D action platforming games with a good challenge to offer, then you’re going to enjoy the two games that are available in Prinny 1•2: Exploded and Reloaded. The order in which you take on the stages in each of the games will affect which ending you get, while also introducing some changes here and there since the in-game timer counts down as you play through each stage – remember you only have 10 hours to complete the quest for each adventure! And if you’re a fan of the Disgaea universe, then this one will be a treat! The one complaint I have is that the graphics do have a bit of a washed out look to them, which was to be expected due to the age of the source material. You can get Prinny 1•2: Exploded and Reloaded as a physical Nintendo Switch copy at retail, or you can go all-in digitally and purchase them from the Nintendo eshop on their own, with Prinny: Can I Really Be the Hero? and Prinny 2: Dawn of Operation Panties, Dood! available for $19.99 each.

Disclaimer
This Prinny 1•2: Exploded and Reloaded review is based on a Nintendo Switch copy provided by NIS America.

Foregone Out On Consoles