A couple of years ago I got to review racing game Nickelodeon Kart Racers alongside my kids. It was a fun cart racer aimed at kids who are big fans of the many Nickelodeon franchises, but which, in the end, felt a bit lacking since it was missing a ton of other beloved Nickelodeon series. GameMill Entertainment and Bam Tang Games are now back in 2020 with a revamped sequel that improves on everything that its prequel set out to do, and then some!

Nickelodeon Kart Racers had 12 characters in total, taken from four different Nickelodeon franchises: SpongeBob SquarePants (Spongebob, Patrick, and Sandy), Rugrats (Tommy, Angelica, and Reptar), Hey Arnold! (Arnold and Helga), and Teenage Mutant Ninja Turtles (Leon, Raph, Donnie, and Mikey). This time around, there are 30 playable characters and 70 team members for your pit crew, which is a considerable jump! On top of this, while the prequel had 24 tracks, the sequel has 28 tracks in total, along with two arena environments, with some of the tracks being remastered versions of the tracks from Nickelodeon Kart Racers. 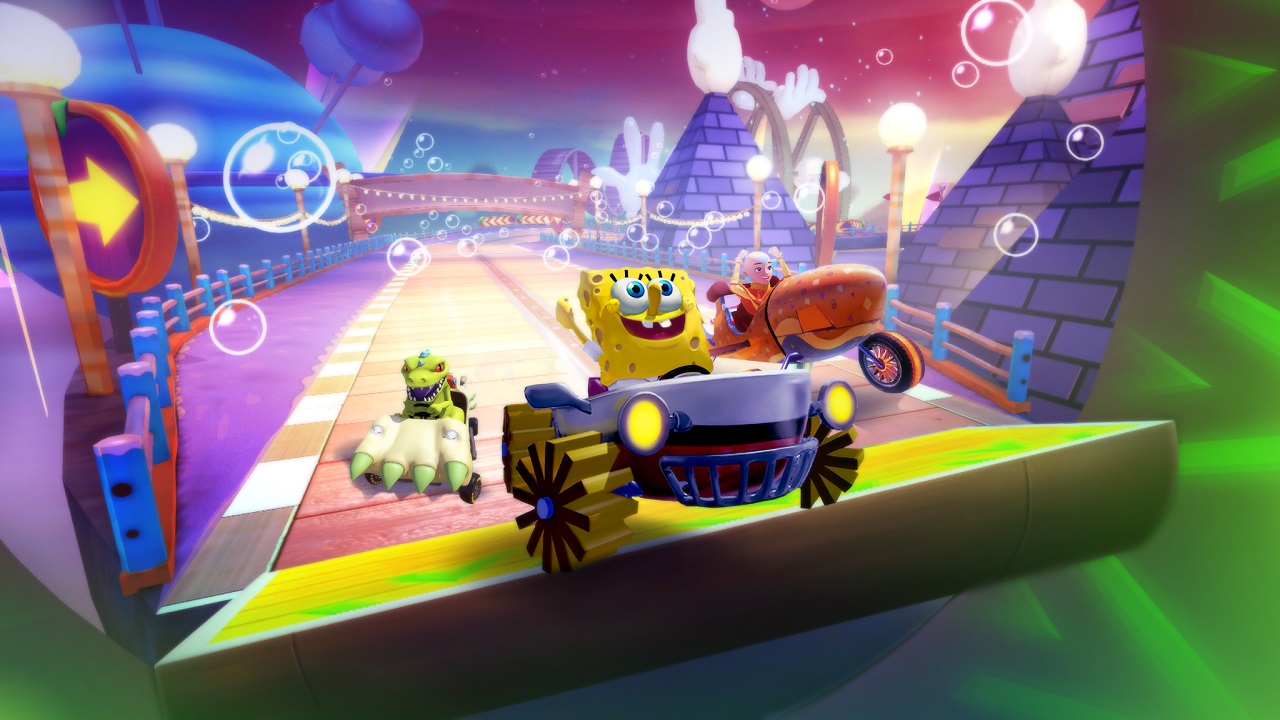 Joining the cast are characters from series Avatar: The Last Airbender, The Legend of Korra, Invader Zim, Hey Arnold!, The Loud House, Rocko’s Modern Life, CatDog, The Ren & Stimpy Show, and Danny Phantom, alongside dance and music sensation JoJo Siwa. Here’s the full list of characters you can race as, which will certainly please fans of the Nickelodeon:


The controls remain the same, so you’ll have to steer your vehicle with the left analog stick as you accelerate either with the ZR or the R buttons. If you press the L or the ZL button while going over the slime edges on tracks, you will perform a slime stunt. You can brake with the Y button. There will be capsule containers around each track, which will are item boxes, and they will reward you with special items that can be activated with the B button. Slime has been a big part of Nickelodeon’s history, and it makes a return in Nickelodeon Kart Racers 2: Grand Prix. Once you’ve filled up your slime bar, you’ll be able to use a special Chief Skill with the X button, which will be different depending on the Chief. 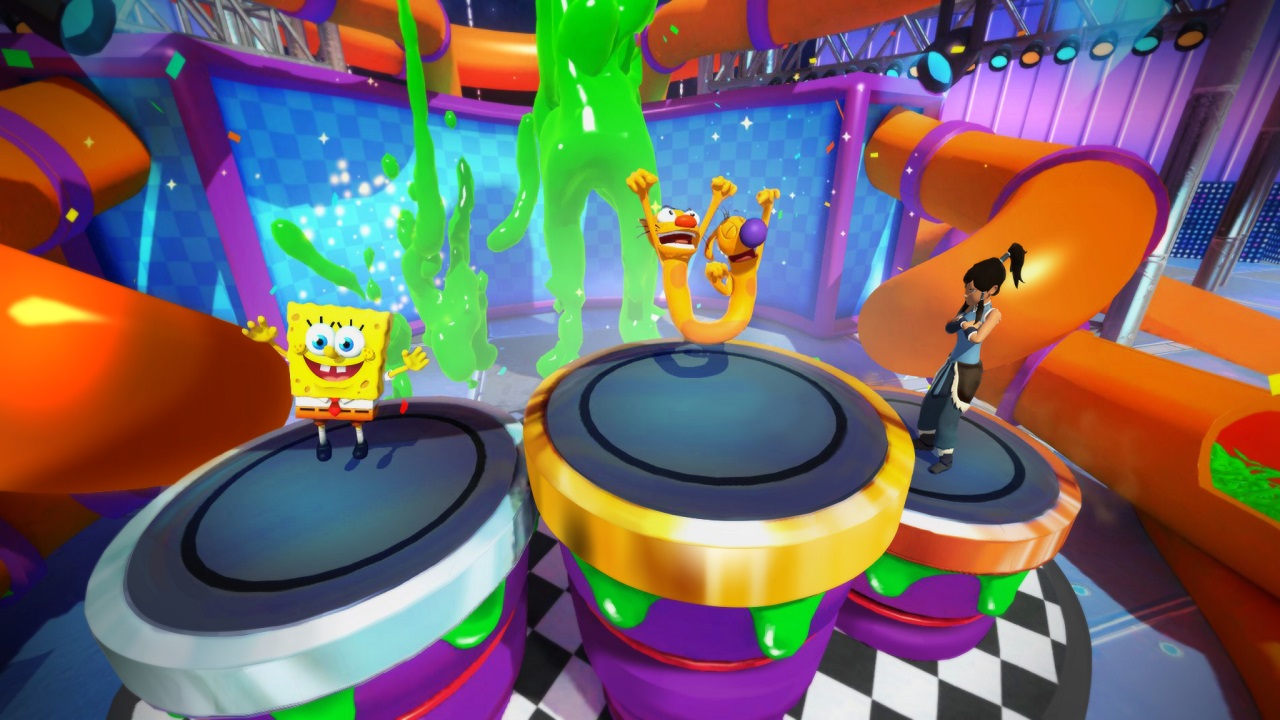 As for the items you can find in the item boxes, these include Tommy’s toy ball which can be shot in a straight line, Rubber Piggles that take the place of all of your opponents’ engines, making them slow down considerably, M.O.U.S.E.R.S. from the Teenage Mutant Ninja Turtle series that can allow you to steal an opponent’s item, Hans from SpongeBob SquarePants, who will block the screen of every driver ahead of you, or a Lawn Gnome that you can throw forward or behind you, which will explode as soon as someone drives into it.


Racing through each track, you will find slime tokens that you can add to your total, along with any bonus slime tokens you can get based on your performance. These can be used at the garage to purchase upgrades for your vehicle. You could get a new engine to change your vehicle’s top speed, turbo, steering, and drift stats or improve your car’s performance by getting a new set of funky wheels. The same goes for adding a new set of exhaust pipes! Oh, and you can also spend slime tokens on adding a new paint job. 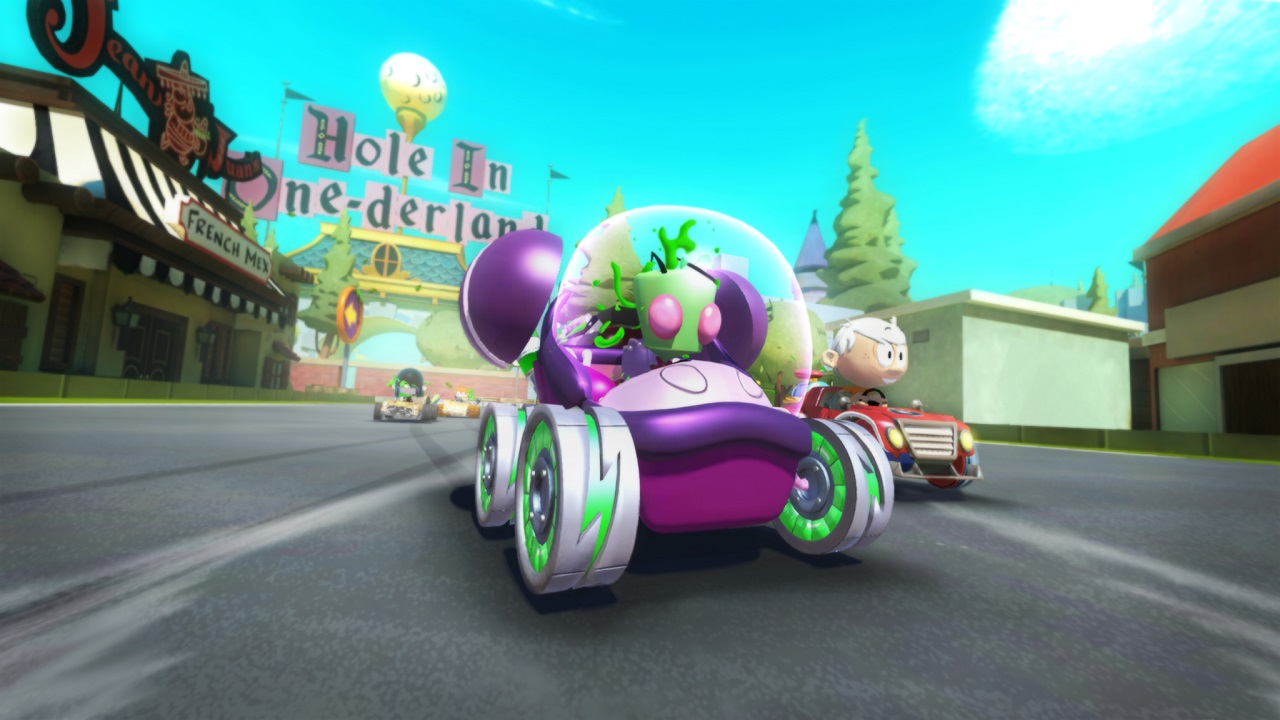 You won’t have access to all racers, Chiefs, and pit crew members when you first start to play Nickelodeon Kart Racers 2: Grand Prix. To add more characters, you’re going to have to win many Grand Prix cups, as well as complete the different challenges for each race. Sure, your favorite character might not be available when you begin your journey with Nickelodeon Kart Racers 2: Grand Prix, but the more you play, the closer you’ll be to seeing all 100 characters in action! 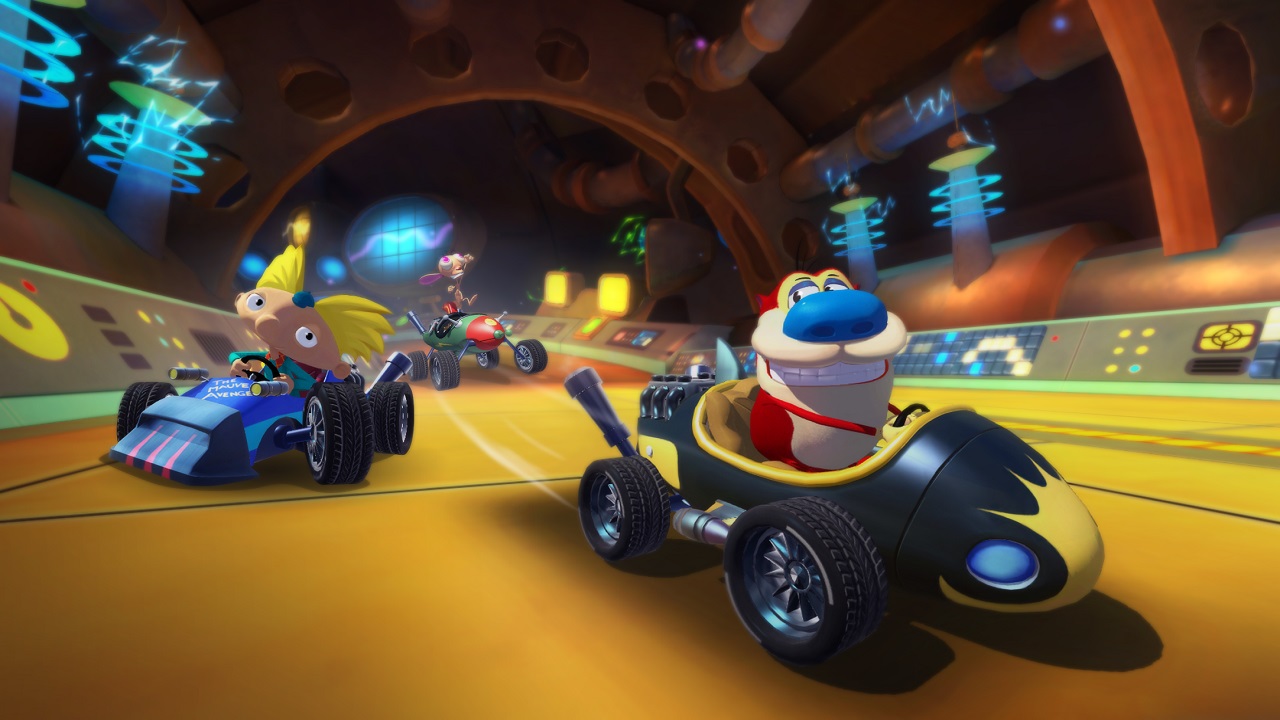 Disclaimer
This Nickelodeon Kart Racers 2: Grand Prix review is based on a Nintendo Switch copy provided by GameMill Entertainment.