MO: Astray from Archpray and Rayark is a 2D platforming sidescroller in which you play as a green ambiguous lifeform that emerges from an abandoned laboratory. Check out our MO: Astray review!


In MO: Astray from Archpray and Rayark, you will take on a 2D platforming sidescroller in which you play as a green ambiguous lifeform – the titular MO – that finds itself in an abandoned laboratory. This happens after a short tutorial in an ethereal plane, that will teach you the basics for controlling MO. The tube that was holding MO will malfunction – along with the rest of the lab – which is how he’s set free into this harsh post-apocalyptic world. Deadly purple parasitic plants have started to pop up everywhere, and they have taken over humans, leaving them in an endless limbo between life and death. 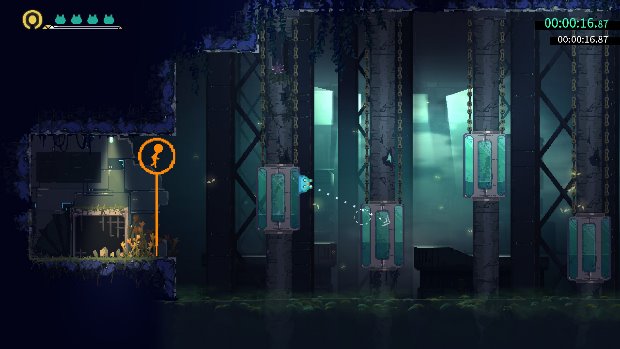 The controls are simple and to the point, since you’ll be moving MO with the left analog stick, aiming with the right analog stick. The right analog stick will make a trajectory line pop up, and the length of the line will determine the power of your jump, which you can trigger with the L or ZL buttons. Later on you will unlock a second jump, which you can do by pressing and holding down the L or ZL button to suspend MO in mind air, so that you can then aim while it spins around at a fast pace.

If you jump against a wall, you’ll stick to it for a bit, before starting to slide down. This will allow you to stick near the corner of a ledge, to pull yourself up. You can also wall jump to reach new spots. To interact with objects, you can press the A button, and the same button can be used to read information that you find. You can swap with the Y button to XXXX. The second controller layout option keeps most of the buttons the same way, but moves the normal jump to the L and R buttons, and the dash jump to the R and ZR buttons. 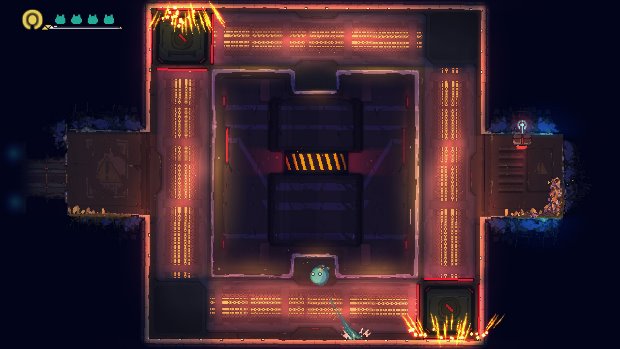 You can take on this adventure in one of the four available difficulty settings. If you play in Easy, you will still face a challenge, but the overall danger will be dialed back a bit. Normal is the standard difficulty setting, just as the devs intended. Adventure will set you out on a different type of journey, which will challenge even the most experienced gamers out there. And if Adventure is not enough of a challenge, then you can jump into Disaster, which is extremely hard, punishing you for every mistake you make. The good news is that you can change the difficulty setting at any given time as needed.


Come into contact with the infected humans, and you will lose some of your health. Touch the sharp and deadly purple plants, and you will be dead in an instant. You must use your jump abilities, as well as any small vents you find to avoid the infected humans, activating switches to move platforms that can be used to carry on when faced with longer gaps. But worry not, because you’ll eventually be able to aim and launch yourself at the head of the monsters you face, latching onto their head to control its movement, reading its brain with the A button to gain new information. These vessels can serve as launchpads for you to be able to jump higher, or you could, say, make them walk towards a pit so that you can then jump and detach from it at the last second to clear a gap. 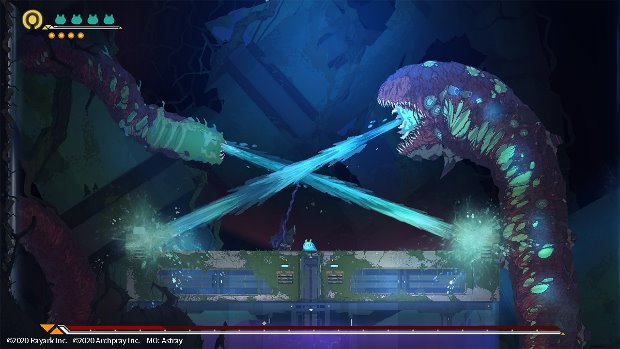 You will learn more about those that were sent to work at this laboratory – their name, profession, gender, and age, as well as what their last thoughts were before being taken over by the purple plants – which will allow you to better to understand what is really going on. To do this, you’ll have to place MO on top of each human’s head to then press the A button to access their brain. This can also be used on the other creatures and monsters you find, and all of these interactions will be recorded and added to a list, so if you’re the type who likes to 100% a game, you’re going to have to possess every creature on your path!

Some of these interactions will lead into flashback sequences that will illustrate how the deadly virus that turned everyone into monsters got to do this in the first place. And as you explore each area you will also find glowing memory fragments, which will provide you with some insight on the events that lead up to the massive contagion. Collect enough of these, and you will be reward with an extension to your health bar! 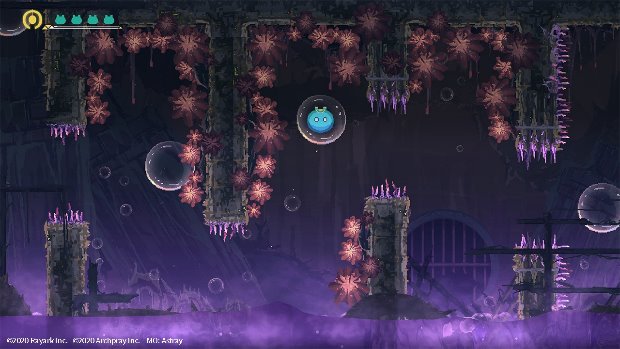 MO: Astray is a great-looking 2D platformer that stands out on Nintendo Switch. It’s post-apocalyptic setup is something you’ve probably seen before, but the game’s gameplay mechanics, cleverly designed puzzles, challenging boss fights, and the way it introduces new abilities as you go will keep you engaged from start to finish as you take on this charming game that you should definitely check out on Nintendo’s console-

Disclaimer
This MO: Astray review is based on a Nintendo Switch copy provided by Rayark.