Mini Motor Racing X is a racer that places you behind the wheel of your own toy-like vehicle to race away across a variety of locales. The game was originally released on mobile, and it has now been ported to the Nintendo Switch, presenting the standard fair of arcade racing modes, as well as new additions like the Type X races, which throws more arcade-style elements like weapons and power-ups into the mix. Does it have enough gas to put it ahead of the arcade racing pack on the Nintendo Switch? 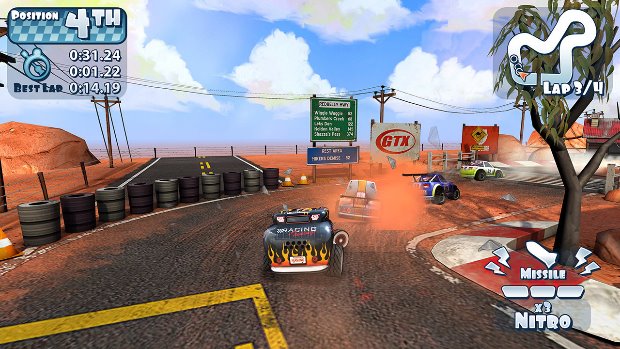 Mini Motor Racing X is jam-packed with gameplay modes to interest gamers. It features a Career Mode with eight unique championships, each featuring four courses. There are 52 different tracks with modifiers for time-of-day and weather, which can add some nice variety to each race on that track. You earn cash in the Career Mode, which can be spent to improve the different vehicles you race with. These upgrades became essential during later races, and I found myself having to grind by playing previous races to build up enough cash to upgrade my ride. This feels very much like where the microtransaction model of the mobile game would speed up a lot of this progress and make advancing through the career mode feel like a mind-numbing slog. 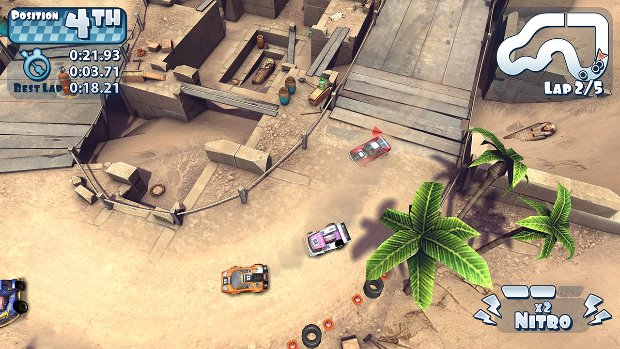 Multiplayer features allow up to four friends or random players to compete, as well as participate in co-op for Career Mode. In my experience, the online lobbies have been more-or-less empty, so expect to race against a lot of AI in Mini Motor Racing X since the community is not really there yet. A local split-screen mode is also available, allowing four players to play together on one Nintendo Switch. Mini Motor Racing X also has two Party Modes. They’re Bumper Ball (something that feels a bit derivative of Rocket League) and Micro Motor Racing, but the novelty behind these modes fades quickly, especially with the way the game controls. 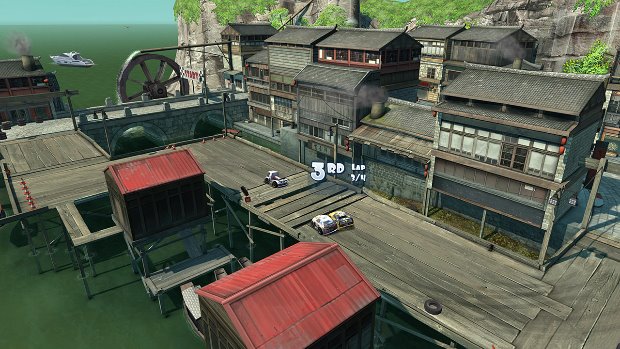 The vehicles here are VERY floaty to control. Taking corners is a Herculean task, and I often found myself having to restart if I wanted a chance at making the podium on any given race. The only way to advance in the Career Mode is to place in the top 3 of each race in that championship, so there was a lot of grinding for upgrades and repeating previous races in order to progress. Mini Motor Racing X does have options to modify the controls, between turn to steer or point to steer, as well as an auto-accelerate option. 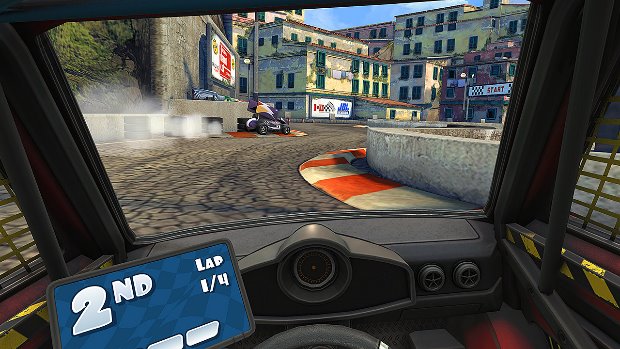 Mini Motor Racing X is a good time if you’re in the mood for an arcade-style racing game on Nintendo Switch. The DNA of the original mobile game still exists, which is why I feel this one is more enjoyable in shorter bursts. It’s out now with an MSRP of $19.99, and while it will scratch that arcade racing itch, it’s not going to be a game that feels innovative.

Disclaimer
This Mini Motor Racing X review is based on a Nintendo Switch copy provided by NEXTGENREALITY.