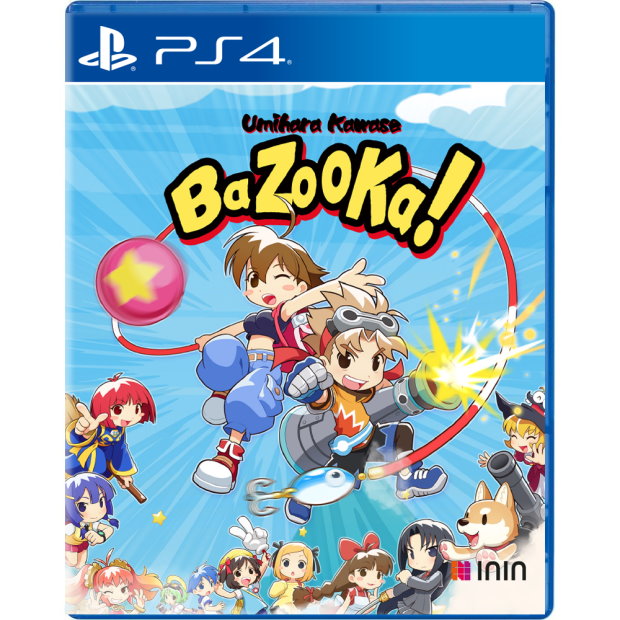 ININ Games is getting ready for next week’s launch of Umihara Kawase BaZooKa! on PlayStation 4 and Nintendo Switch in Europe. Come check it out!


Umihara Kawase BaZooKa! is a fast-paced action game with several multiplayer modes. Perform combos with your Bazooka and use the extraordinary fishing rod to defeat your opponents. Fire up your skills to be the last one standing in Battle Royale Mode!

Have you ever wanted to use a herd of sheep in a battle? We got you covered! Or would you rather prefer to summon a fire dragon? No problem!
Each of the 22 in-game characters uses a unique special attack that can decide the tide of the fight. Other attacks consist of multi bombs, sword dance, space time dash, homing bullets and many more.

The cast includes characters from legendary Japanese game universes like Umihara Kawase, the Cotton Shoot ‘Em Up series, Ring Dream and the PlayStation RPG classic Doki Doki Poyacchio as well as characters who will make their exclusive debut in Umihara Kawase Bazooka!

The game will also be getting a physical release on PlayStation 4 and Nintendo Switch.

• Co-op and Competitive Modes (up to 4 players)