I had a lot of fun playing Adventures of Pip for our review, so I got in touch with Tic Toc Games to talk a bit about the game and its path to the Nintendo Switch. Come check it out!

PS4Blog: Hi! Thank you for joining us this morning. Could you please help us get started by telling our readers a bit about yourselves and your work?

Marc: Hi! I’m Marc Gomez. I was the Designer/Director on Adventures of Pip. I’ve been working in the game industry since Gameboy Advanced days, making pixel art and animation. I loved it so much, I wanted to make a game all about pixel art evolution, and that led to Adventures of Pip!

Theresa: Hello! Theresa here. I’m a Producer at Tic Toc Games and produced the port to the Nintendo Switch for Adventures of Pip.

Garth: I’m Garth Smith, Director of Technology at Tic Toc Games and the Lead Programmer on Adventures of Pip.


PS4B: On that note, Adventures of Pip is ready to go on Nintendo Switch. How could you describe the game to someone who’s never heard about it?

Marc: Think of a Super Mario Bros. style platformer except with scenarios where you would want to be little Mario to take advantage of more situations.

It goes with the whole theme of our game that no matter your resolution, you’re special in your own unique way.

Theresa: An epic adventure where the most unlikely hero ends up being the best suited for the job!

Garth: It’s more than a platformer! Adventures of Pip is an underdog story of Pip against Queen DeRezzia. Control Pip through a world filled with expressive enemies and puzzles that require using all the different evolutions of Pip to solve. 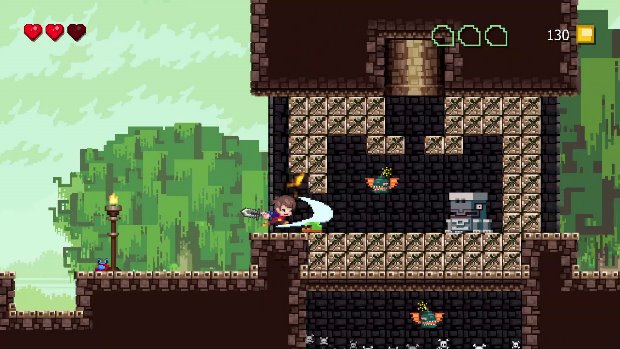 PS4B: How long did it take to port Adventures of Pip to the Nintendo Switch? Were there any hurdles or challenges you had to overcome during the process?

Theresa: From start to submitting to Nintendo was about three months. We started it right at the beginning of the quarantine period, so we had challenges getting Nintendo dev kits from China, adjusting to working 100% remotely, and, personally, learning a lot about the process of publishing a game on Nintendo Switch!

With the port, the main problem we had was that the layering of sprites on screen was often out of order, or collision would be just a little bit off. I did a lot of playthroughs to help test things out and find obvious bugs before it went to QA! 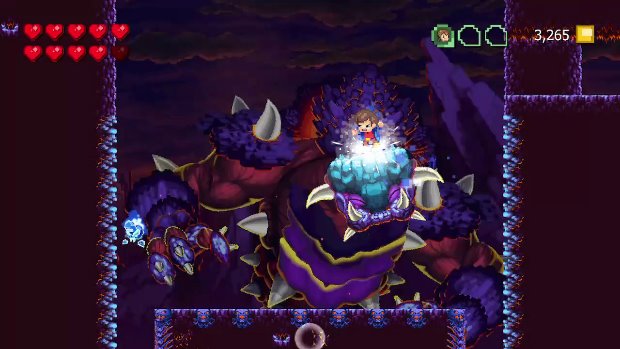 PS4B: Are there any differences between the Nintendo Switch version and, say, the Nintendo Wii U version that was released all those years ago?

Theresa: Yes! We’ve added a few quality-of-life upgrades that help keep Adventures of Pip fun. There’s a shortcut to town on the map, so you don’t have to route yourself there every time you want to go there and back to where you left off. 16-bit Pip now runs at the same speed as 8-bit Pip, so you can get around a little faster.

Achievements are viewable in the Pause menu at any time to check your progress. And best of all, the Gem Magnet is auto-equipped for Pip, so gems will automatically whoosh to Pip instead of falling. 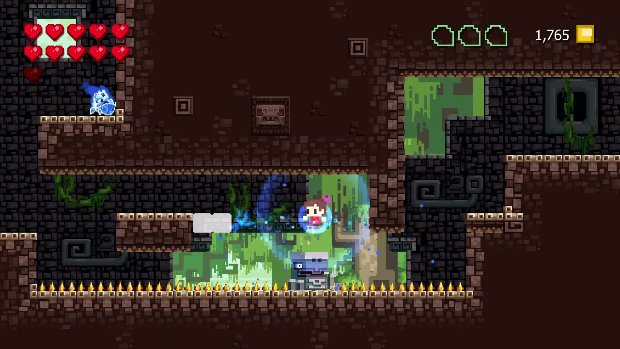 PS4B: It’s 2020, so I was wondering if we could please get a physical copy of Adventures of Pip on Nintendo Switch.

Marc: Back in the Game Boy Advance days, it was always an awesome reward to get the physical copy of your game at the end of production. It was like the tiny trophies you get at the end of AYSO soccer seasons. I’ve seen some awesome physical bundles from companies such as Limited Run Games and Super Rare Games. If your readers are interested, let us know on our socials!

Theresa: If it’s requested by enough people, we’ll be able to make the case to produce physical copies! Or a sequel! Let us know on social media what you’d like to see coming from our studio.

Garth: I would love to do something like this! Make it be known there’s a demand for physical copies of Adventures of Pip, and we’ll make it happen! 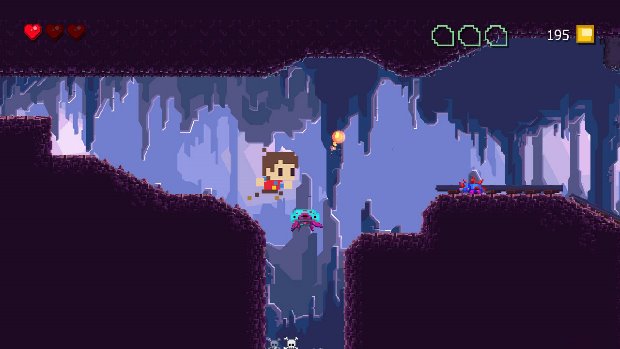 PS4: And that’s all the time we have for today. Is there something else you’d like to add before we go?

Marc: We’re live on Twitch every Tuesday afternoon playing our upcoming games as well as games we love, so come join us and chat!

Theresa: I hope you enjoy playing Adventures of Pip on the Switch and our next original game, B.ARK!

Garth: Please play and enjoy our games! Seeing the enjoyment people get from our efforts makes it all worth it. Send us feedback and thoughts on Twitter. Thank you!