We’ll be working on a review for Super Punch Patrol, so I got in touch with Bertil Hörberg to talk a bit about this Nintendo Switch release. Come check it out!

PS4Blog: Hi Bertil! Good to have you back. How are you doing today?

Thank you! I’m good, only panicking slightly about the release. 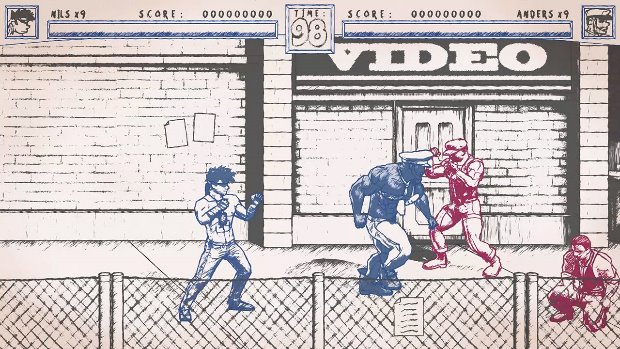 PS4B: On that note, Super Punch Patrol is out now on Nintendo Switch. What can you tell us about it?

Super Punch Patrol is a small straight forward old school beat ’em up with some funky graphics and lots of muscular men beating each other. It takes most of its inspiration from Streets of Rage and Final Fight.

I deliberately avoided looking at more modern titles, partly in order to keep the scope and complexity down and to just trust that the main gameplay is fun enough without a bunch of extra stuff on top. I didn’t want any RPG elements or skill trees to unlock, and I wanted a short campaign that you try to beat in one sitting with limited continues. 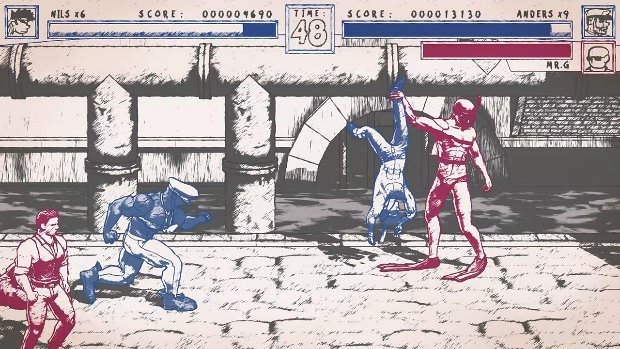 PS4B: When did you start developing Super Punch Patrol? Were there any changes along the way when compared to your initial design and plans?

I started playing around a bit with it last year but wasn’t really sure if anything would come of it as I was working on another project at the time (which I should still finish someday). Then my plan was actually to take a break from development this year and focus on my personal life and mental health. I shut down my studio last fall because of this – I had a small team while making Mechstermination Force, but I’m now back to being a solo dev. But as the pandemic happened, there wasn’t really much else to do than sit at home in front of the computer, so I picked up this project again and started working an unhealthy amount instead.

There were a few things I cut back on towards the end of the project. For example, Selma was supposed to have a bit more unique moveset but instead turned into more of a clone character of Nils. But overall, I was able to do what I set out to, and I’m very happy with how the game turned out considering the short dev cycle. 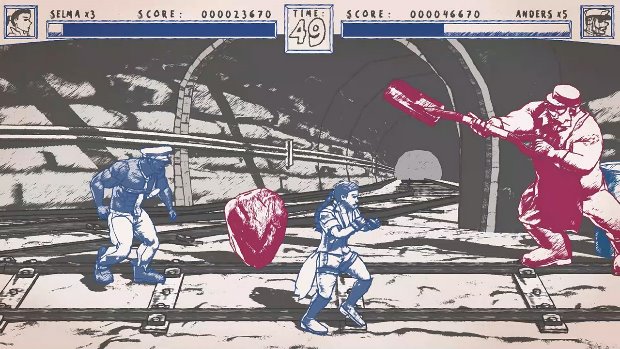 PS4B: We got a limited print run physical version for Mechstermination Force on Nintendo Switch – which now sits in my collection – so I was wondering if you were perhaps planning on doing the same for Super Punch Patrol.

I have nothing to announce right now, but I might be looking into it. One of the reasons Gunman Clive still hasn’t gotten a physical version despite a lot of people asking for it is that I feel kind of weird about how big the price difference would have to be between the original digital price and physical. With this title being priced similarly, that’s a bit of an issue here too, but I think I might be able to work something out. 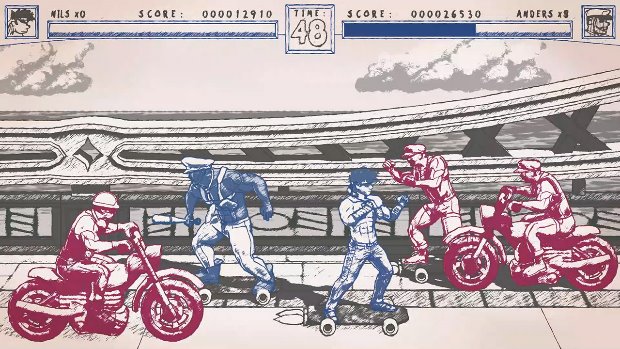 In a lot of ways, the development of this game has been an experiment for me in trying to figure out what works best for me as a developer. There’s kind of an expectation once you have a bit of indie success that you make bigger and bigger games, but I’ve struggled a lot with that in the past, with several canceled projects and getting burnt out during longer projects. So here I tried to make something in as short a time as possible, about the same dev time as the first Gunman Clive and working mostly solo again. And I hope there are people out there who are interested in smaller bite-sized games! 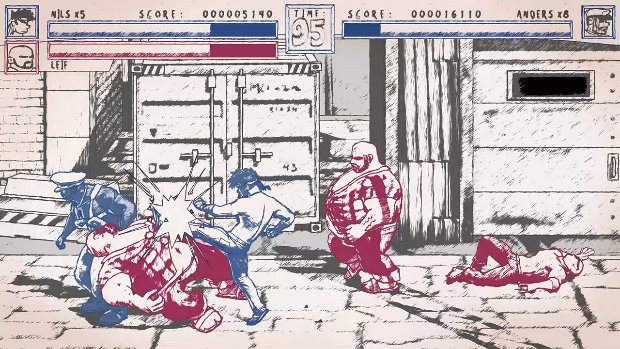