There’s a simple beauty to the name of some games. Zombie Driver: Immortal Edition is one such title. You drive a car. There are zombies. Any questions? Zombie Driver: Immortal Edition, from EXOR Studios, is the complete, improved, and enhanced version of Zombie Driver HD, which was first released back in 2012. You’re tasked with an assortment of objectives, most of which involve killing a ton of zombies along the way. The game features a Story Mode, which offers the bulk of the content you’ll be playing, Blood Race, which is racing… but with zombies, and Slaughter, a vehicular combat wave-based survival mode. Is all of this enough to keep the game feeling fresh? 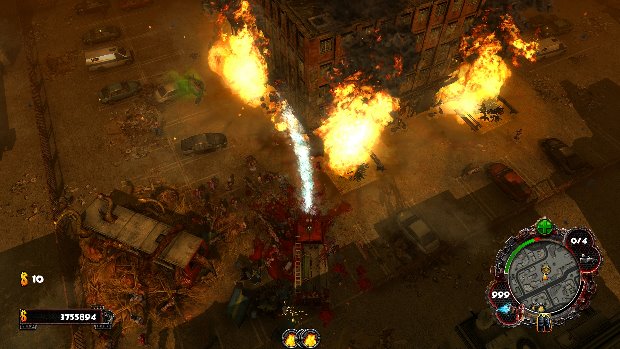 Well, actually… no. The core gameplay mechanics of the game get repetitive, fast. There are machine gun and flamethrower pickups, and aside from using your vehicle as a battering ram, which is always fun, those are your only two weapons. The objectives in the Story Mode are varied, but even those start to feel repetitive after a while – save civilians, blow something up, repeat as requested. There are also some bonus objectives in each level, but those typically boil down to having to rescue the maximum number of people, meeting some time limit, or destroying an optional objective that could be a bit out of your way. 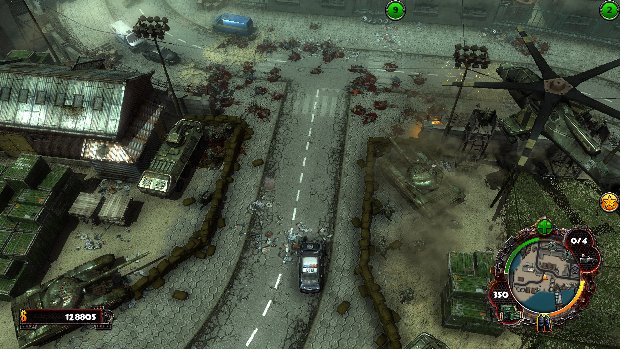 The writing in Zombie Driver has a pulp film cringe style to it, and that largely works in the game’s favor. The writing is obviously self-referential and self-deprecating at all times, but then there are moments during which there is nothing good to talk about. It is all fully voiced, but some of the voices are very stereotypical and hurt the story development. Unfortunately, there is no option to skip or disable any of the in-game dialog or text. This is the definitive version of the game, but in 2020, it seems like a step in the wrong direction to not be able to advance or outright skip some dialog. Rather than including that small quality of life improvement, the dialog slowly tears away at you, similarly to the zombies chomping on you in this post-apocalyptic world.


Zombie Driver features a rather fleshed out upgrade tree. There are upgrades that are shared between vehicles, like the power of your machine gun or flamethrower. There are also upgrades specific to each vehicle, such as their ramming power, overall armor, and speed. Over time, these do feel like they have an impact on the way each vehicle performs. By the end of your time with Zombie Driver, you do feel like a real zombie killing machine. This sense of progression is definitely appreciated. 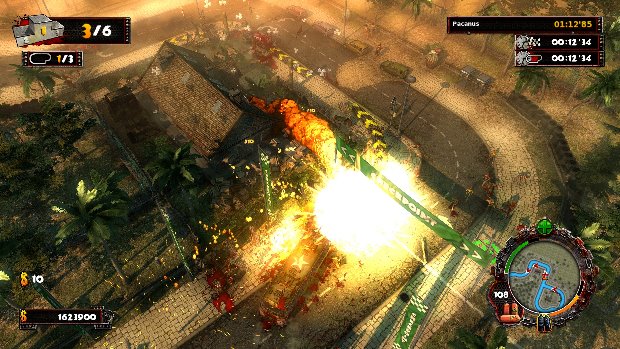 Zombie Driver: Immortal Edition doesn’t change a whole lot compared to its 2012 release. The inclusion of all DLC from the start is a welcomed feature, but the core game remains largely the same. What you get is a fun, top-down, arcade driving/zombie-killing experience. If you can look past some of the rougher edges, there is a fun pick-up-and-play zombie-bashing game here for those looking for a rated M for Mature action game.

Disclaimer
This Zombie Driver: Immortal Edition review is based on a PlayStation 4 copy provided by EXOR Studios.

Rogue Lords Lands On PS4 And nintendo Switch Next Year