[PS4] Is It Wrong to Try to Pick Up Girls in a Dungeon? Familia Myth Infinite Combate Review


Enter the fantasy world of Orario, where gods live amongst humans, and protect them in their Familia. Experience the tale of Bell Cranel, a young boy discovering his abilities, and Ais Wallenstein, a first-class swordswoman.

As you enter the Dungeon and defeat monsters, choose your talents and items to hone your skills and become the greatest adventure in the land!

As a gamer who has also watched the first two seasons of the Is It Wrong to Try to Pick Up Girls in a Dungeon? series, I was eager to take on this adventure with Bell Cranel, Goddess Hestia, and the rest of the characters. In the anime, the first season was about the relation of the Hestia Familia, and the second season was mostly about the conflicts between other Familias. The game follows the storyline of the anime from the beginning while adding some extra things here and there to the overall story arc. 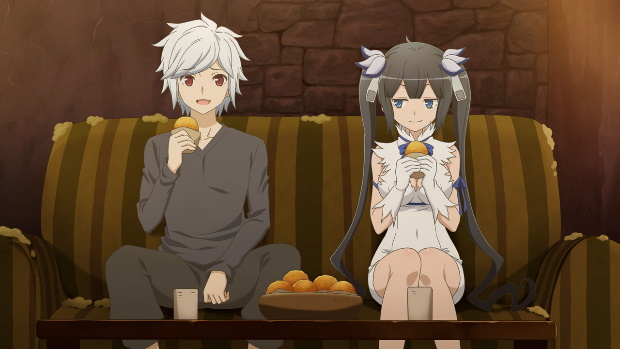 As for the game, it takes place in the Labyrinth City of Orario, which is conveniently built on top of a dungeon. Because of this, it draws many adventurers in the city. Bell Cranel is a new adventurer and is a bit reckless, he’s nearly killed by a monster in the dungeon when he’s saved by a mysterious and beautiful adventurer named Ais Wallenstein. Ais is a Level 5 adventurer, which in this world means she’s one of the best.


The gameplay itself is equal parts visual novel and dungeon crawling. In the visual novel segments, you’ll be looking at static backgrounds with the characters over then. The characters themselves are also static, but their face reaction changes depending on the conversation. As for the dungeons, they are presented from a bit of an over the top point of view, in which the characters have a chibi versions representing them. 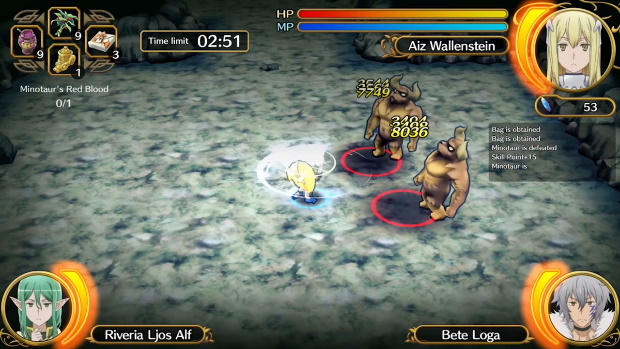 The story takes you through ten chapters, each one starting with Bell Cranel, then switching to Ais’ point of view. Being a Level 5 adventurer, Ais is way more powerful than Bell, but since she goes into deeper levels, the difficulty is a bit similar. You attack with the Circle button, and a more powerful attack is available with the Triangle button. When using the Triangle button, it leaves you sorta stunned for a bit, and if you don’t take this into consideration, you’ll get hit by the enemies, so avoid using it unless you’re sure you are using it properly as a finishing move. Later in the game, Bell will learn how to use some spells. Items can be slotted to the four directions of the D-Pad, which is useful when you need to heal in the heat of battle.


One point I have to mention is that the dungeon exploration as a whole is a bit bland. Each floor is a labyrinth composed of rooms and corridors. If we don’t take into account the different themes of each floor, they all look the same, and even the monsters are similar. Another issue I had with this game is that battles don’t require any strategy, which means most fights can be completed by mashing the Circle button. I’d have liked it if there was at least a Block button that would have decreased the enemy damage if it is done with a great timing, but this isn’t the case. Some NPCs also join the fray, but their actions are limited to adding a limit break style attack to the L1 or R1 buttons when the main character has fought enough to raise their limit meter. 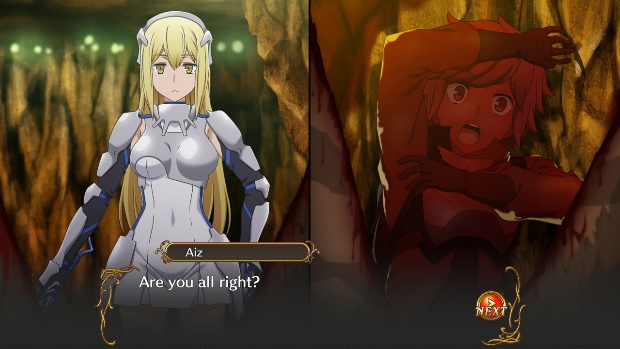 This game is quest-based, so you can either tackle the main quests or side-quests as you wish. Progressing the main quest will lock uncompleted side-quests for the corresponding chapter. I already mentioned that the dungeon exploration was bland, but the biggest issue I had with this game is that quests introduce a time element. This means you must explore a dungeon, destroy all enemies, and complete the objective, all in a short time frame. I was already annoyed by how resistant some enemies are and adding a time limit to most quests past a point ruined the experience for me.


Outside the dungeons, there are visual novel elements relating main points of the anime, and a Market in which you can purchase and upgrade weapons, or even infuse them with an elemental to make them more powerful. There’s also the Guild, which gives side-quests and basic tutoring, and the Familia where we can go see Hestia and have new skills unlock. 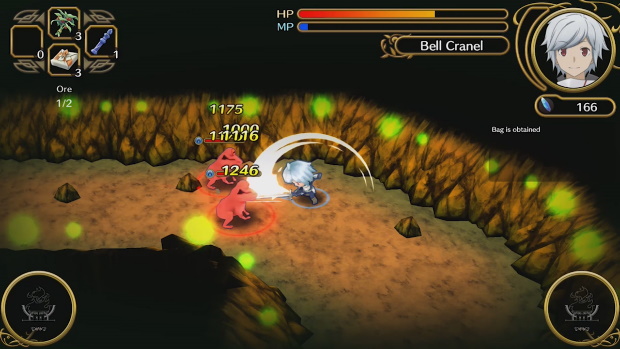 As for the presentation, I already mentioned how simple the dungeons were. The visual novels elements use visuals from the anime, which were great to look at. The soundtrack itself isn’t mindblowing, but it’s great to listen to. The opening cut-scene was amazing, playing off what the anime does, and it featured a catchy theme song. The game has Japanese voice-overs with English subtitles.

Should you buy this game? If you’re a die-hard fan of the Is It Wrong to Try to Pick Up Girls in a Dungeon? franchise, then you might like playing this game even with the few flaws I mentioned in my review. The game is out now on PlayStation 4 with a $39.99 asking price.

Disclaimer
This Is It Wrong to Try to Pick Up Girls in a Dungeon? Familia Myth Infinite Combate PS4 review is based on a PlayStation 4 copy provided by PQUBE.

Is It Wrong to Try to Pick Up Girls in a Dungeon? Familia Myth Infinite CombateMAGES Inc.PQube
0 comment
0
FacebookTwitterEmail

Where the Heart Is Out This Year