[PS4 Double Review] Ary and the Secret of Seasons Review

This is a double review for Ary and the Secret of Seasons. Ceidz and ThaRaven403 played the game, and this review presents what they both had to say.

After the brief intro with Ary telling the story about the Dark Mage, I was looking forward to seeing how Ary’s story would go. Seeing her trying to take the role of a Guardian, when that was something that was pretty much exclusive to men, it would seem to go for an interesting twist. While the story was indeed interesting, it is in the gameplay that things fell a bit short.

Soon after beginning your adventure, you’ll take the Winter Crystal from your house’s basement, which is the first Season Crystal you’ll get. These crystals allow you to unleash their power upon the world in what is called Season Spheres – spheres that are created that contain the season and can affect the land where they are created. For example, the Winter Sphere can help create bridges or ice platforms to help you cross gaps. In some places, there will be Monoliths that amplify your Season Spheres’ power to create incredibly huge spheres. All those spheres will be used for all the platforming and puzzles the game offers as you explore the world of Valdi. 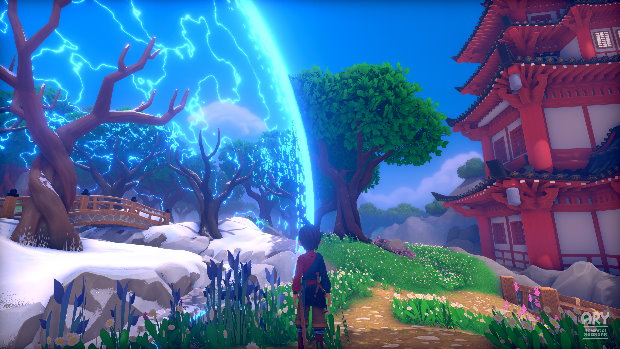 The first thing I noticed, about 2 minutes after starting to play, was how the screen had some lag or refresh rate issues when I was moving the camera around. While it didn’t impact the gameplay, it did create a little something annoying when moving around. Then there was the issue with the HUD that displays quests in the upper left corner. The font size and color made it incredibly difficult to see what quests I had to take on. I had to get closer to the television to be able to read them, sometimes rotating the camera so the text would end up over a contrast color in the background.

As for the combat, it was good but a bit glitchy. Sometimes it was very fluid, either while attacking or dodging and parrying. But in other situations, it felt like I was in a Dark Souls game where you could not dodge or parry once the attack animation has started. It created an unequal experience that made the combat disappointing in the end.

As for the trophies, you could think a game with a colorful style like this one would have an easy trophy list, but it’s actually quite the opposite! Not all trophies are difficult, but the ones that will provide a challenge and probably additional playthroughs, are for completing the game in under five hours, finishing the game without completing any side quest, and finishing the game without dying. If you manage to get through those three, the rest should also unlock along the way, and you’ll have a new Platinum trophy for your collection. 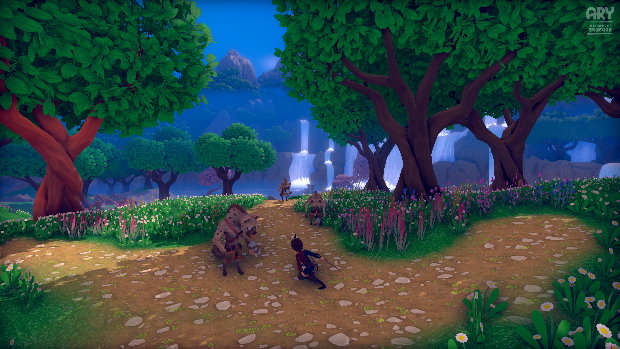 The game begins, and Ary quickly earns the power to control the Winter weather when she takes the Winter Crystal from her house basement. Controlling the weather opens the way for some light puzzle solving, which is often welcomed, but some of them require you to walk on tight platforms, and the camera controls aren’t as good as they could have been.

The game plays from a third-person perspective. You move around with the left joystick and control the camera with the right one. Jumping is done with the X button, and you can run by holding down the R1 button. As you progress, you’ll meet with many people and also have objects you can interact with, which is done with the Triangle button. As for the combat system, you can attack with the Square button and dodge with the Circle button. There is also a parry system in place by which you can block and open the enemy up for a counter when you press the Triangle button at the right time. 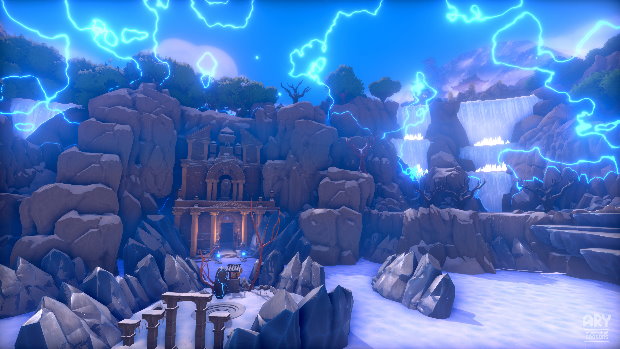 As ThaRaven403 mentioned, I also thought that the combat felt disappointing. Once I got to fight a few enemies, it gave me the impression of lacking some much-needed depth, and mashing the normal and stronger attack buttons in sequence did the trick for most fights.

One area this game shines on is the graphical department. The city is excellently rendered, and the different seasons are beautiful to look at. I also liked the different accessibility features available, which is always nice to see and helpful to those who need them. The soundtrack was good, but I thought that the voice acting sounded off sometimes.

All in all, I’m disappointed with Ary and the Secret of Seasons. I thought this might be a great experience, but the exploration factor and the overall clunkiness of the combat system eventually broke the experience for me. 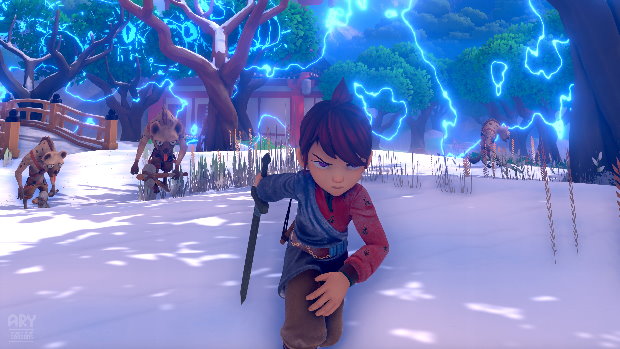 Final Thoughts
We had great hopes for Ary and the Secret of Seasons, but the experience wasn’t a hit for us. While we loved discovering new zones and watching the effect of the seasons on the environment, the overall exploration and the combat system felt like some more polishing could have benefited this game. 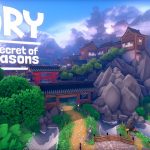 Ary and the Secret of Seasons Review

Game title : Ary and the Secret of Seasons

Disclaimer
This Ary and the Secret of Seasons review is based on PlayStation 4 copies provided by Modus Games.

Ary and the Secret of SeasonsModus Games
0 comment
0
FacebookTwitterEmail