Tamarin from Chameleon Games is a new 3D action platformer on PS4. Is it one you should run to buy? Find out in our Tamarin review!

In Tamarin from Chameleon Games, you will take on a new 3D action platforming adventure on PlayStation 4. Chameleon Games has members who used to work at Rare, which means you’d expect Tamarin to have a feel similar to, say, the beloved Banjo-Kazooie – and its sequel – from the Nintendo 64 era, with the bells and whistles we should expect from a game launching in 2020. While the game does have a 21st-century look with a charming main character – a tamarin monkey – the game tries to do too many things at once. 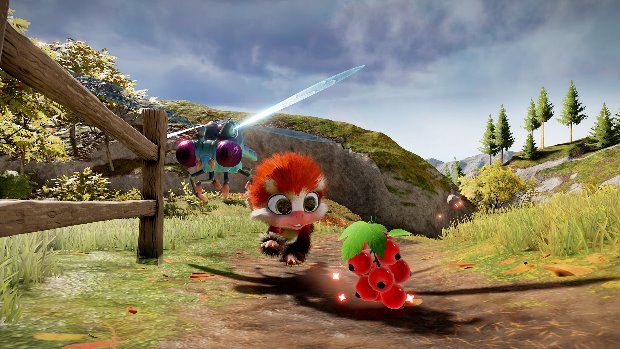 The game starts after the expansion efforts of a group of bad bugs who are trying to industrialize every inch of the forest, end up setting fire to a section of it. On top of this, the main character’s family is kidnapped, so you’ll end up going on a journey to defeat the ants and other bugs you’ll face in your adventure while aiming at rescuing your family members. You’d think that means you’d be taking on a 3D action platformer of a collect-a-thon nature with plenty of goggle-eyed enemies, for a family-friendly journey.


You start the game this way, running around the burning forest as you try to find a friendly face who might be able to aid you on this very important quest. Once you find a hedgehog who is more than ready to fill that need, you might expect to get a double jump ability, or perhaps a wise-cracking sidekick that will prove to be a valuable ally. Instead, the hedgehog hands you an uzi so that you can start to shoot up some ants to show them that you’re done playing and are ready to take action. 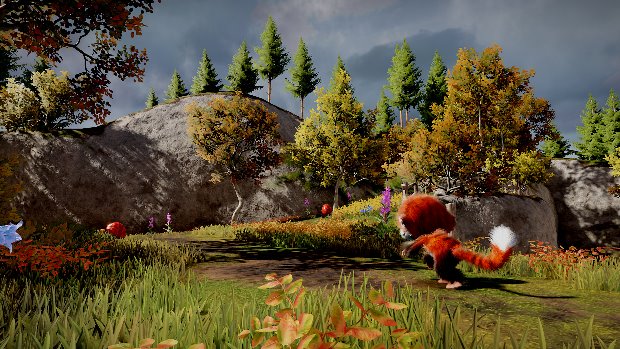 You’ll move with the left analog stick, looking around you with the right one. You can jump with the X button, and can roll by pressing a direction on the left analog stick as you press the Circle button. When you find something to collect, you can press and hold the L2 button to lock onto your target, so that you can then press the X button to jump and catch it. Pressing the L2 button and then the X button when you’re not trying to catch something – or make a leap across a platform with a prompt – will allow you to do a backflip. The Square button can also be used to interact with objects and other characters. Once you get a weapon, you’ll be able to aim with the right analog stick and shoot with the R2 button. Be sure to always collect ammo so that you can make the most of your weapons!


Some doors will require that you shoot a switch to activate them, while others will ask that you first defeat all enemies in the area. Bonus points if you manage to beat the ants by way of a headshot since doing this five times in a row will reward you with a trophy – more on these in a bit. Behind some doors, you might end up finding a flagpole you can use to set up a tamarin flag. The good news is that this will act as a checkpoint. The bad news is that, in practice, it’s a very bad system for saving your progress, since if you die, you’ll be sent back to said checkpoint, and anything you did between activating it and the moment you died will be lost, and you’ll have to do it all over again. 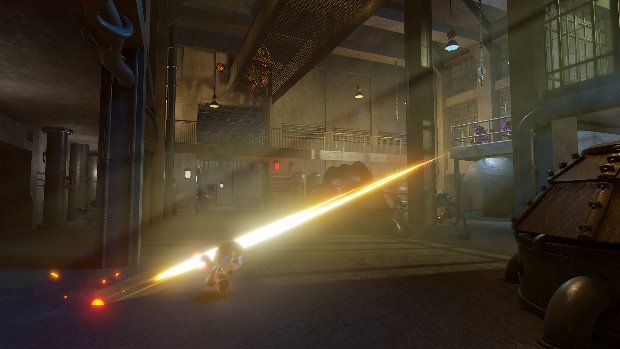 There are going to be different pickups for you to collect that will boost your overall health or increase your total ammo capacity. I actually ended up getting the first health boost before I was supposed to, thanks to a helpful glitch. After defeating an enemy that was shooting at me from a higher ledge, I tried to jump over to where the ant was located, and after jumping against the wall for a bit, I managed to make my way up there. The game did not like this. While this health boost could be collected 20 minutes later by making my way to this ledge from inside of a cave down the road, doing it right now meant the game could not load the cave, so I could end up


In Tamarin, you can collect currants, fireflies, glowing insect tokens, pinecones, and birds. The birds you’ll have to bring back to each of the birdhouses in the game so that they can finally be safe. As a reward, you will get a firefly, which you’ll be able to catch as you do for the other ones in Tamarin – that is, except for the special fireflies that you will need to chase around for a bit before you can add them to your total tally. Insect tokens can be used to purchase new things from your hedgehog friend. 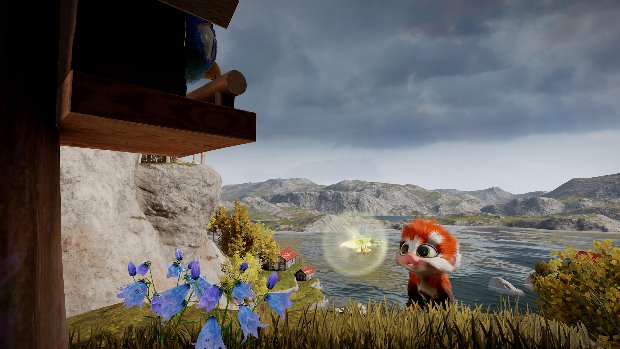 The game has a varied list of objectives for you to complete so that you can add a new Platinum trophy to your collection. There are trophies for opening a firefly door, for defeating specific enemies, for rescuing each of your family members, for beating 100 ants, 100 groundbugs, 200 airborne enemies, for rescuing all birds, for finding all fireflies, collecting all currants in each area, upgrading your weapons to the max, and the aforementioned trophy for defeating five ants in a row with headshots, to name some examples. 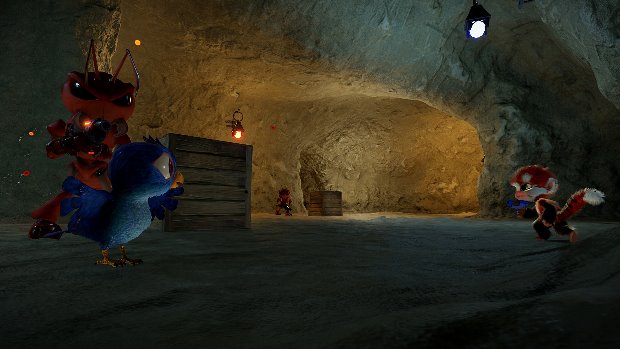 I was looking forward to playing the game for our Tamarin review, but I ended up with mixed feelings about this one. There are some things that look great – such as the game’s lighting and the outdoors areas in the game – while others feel lacking – such as all of the cave areas. The game is trying to mix elements from two old-school games from Rare’s past – Banjo-Kazooie and Jet Force Gemini – which means that at times Tamarin will control as a 3D platformer with no access to your weapons, while for others, you’ll be running in guns blazing as you try to defeat every bug in your path. You can purchase Tamarin on PlayStation 4 on its own for $39.99, or you can go for the Deluxe Edition, which includes the game and its soundtrack.

Disclaimer
This Tamarin review is based on a PlayStation 4 copy provided by Chameleon Games.

PAW Patrol: Mighty Pups Save Adventure Bay Is On Its Way