The hit RPG returns! From the minds of the bestselling author R.A. Salvatore, Spawn creator Todd McFarlane, and Elder Scrolls IV: Oblivion lead designer Ken Rolston, comes Kingdoms of Amalur: Re-Reckoning. Remastered with stunning visuals and refined gameplay Re-Reckoning delivers intense, customizable RPG combat inside a sprawling game world.
Uncover the secrets of Amalur, from the vibrant city of Rathir to the vast region of Dalentarth to the grim dungeons of the Brigand Hall Caverns. Rescue a world torn apart by a vicious war and control the keys to immortality as the first warrior ever to be resurrected from the grips of death.


THQ Nordic is a very interesting company, picking up older IP and giving them the remaster/remake treatment. They released both Spongebob: The Battle for Bikini Bottom and Destroy All Humans recently, both PS2 games receiving a sharp visual overhaul and some quality of life updates. I reviewed Destroy All Humans and thought they did a great job with modernizing the game, so I was really interested in Kingdoms of Amalur, since I never played it on PlayStation 3, but had always heard great things about it. How does this remaster perform on PS4? 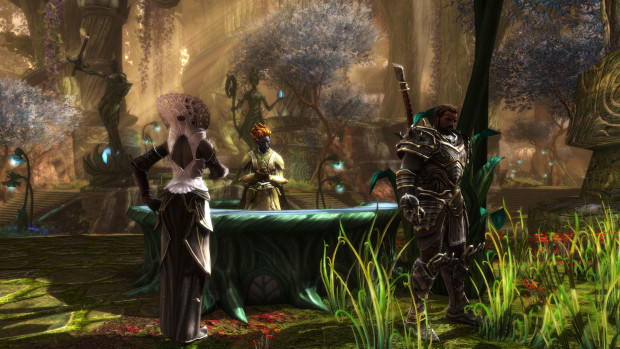 As someone who never played the original version of Kingdoms of Amalur, I was really impressed by Amalur as a game. It’s a great action RPG, probably one of my favorites so far. You create your character after being dead – and then resurrected – and the tutorial on how to play is crafted into the first dungeon you take on as you escape. It gives you a taste of the different classes you can play as, allowing you to try different weapons and spells, but not in a weird, preachy way, as many games do.

The battle system is fast-paced with lots of dodging as you think about your next attack, you can really customize your character in how you want to play as well, which is neat. Want to focus on ranged weapons? Then do that. Up close and attacking right on your enemy’s face? Then go for it! My favorite is sneaking up to opponents and pulling of stealth kills. You could also go in strong on magic! You can really mix up how you want to play, and once you have the option to pick a class, there are varied subclasses as well. It’s really neat! Want to change your class? Cool, you can do that as well and play the game in a completely different way. Honestly, it almost reminded me of how Skyrim handles battles, as you could do whatever you wanted. You also have the ability to slow down time while playing as well, with a cooldown, allowing you to deal some major damage and potentially executing many enemies for extra points as well. 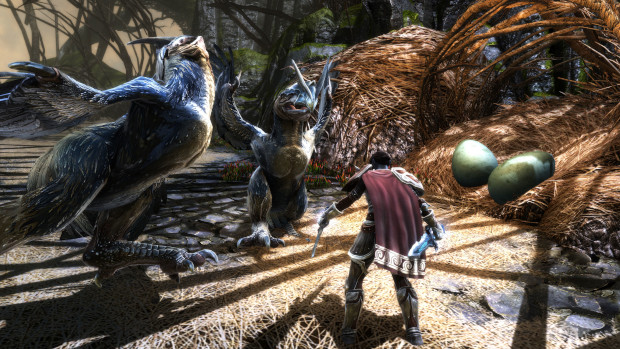 I was really impressed by the world as well, since it’s bright and colorful, with great setpieces all over the place, fun sidequests, and a solid main quest that tells a really fun story. Kingdoms of Amalur: Re-Reckoning continually introduces new characters and places, and what shocked me was how invested I was in them – for the most part. I can see why this game got a good reputation. It’s a big game, with dozens of hours of gameplay to enjoy, with plenty of things to do and places to explore. 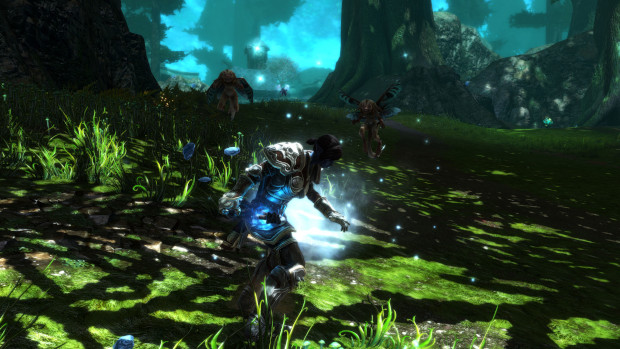 Now let’s talk best about the remastering of the title. Since I didn’t play the original release, I did have to do some research to have a point of reference to evaluate how much the game has changed during its trip from the PlayStation 3 to the PlayStation 4. I’m here to report that, visually, this new version of Kingdoms of Amalur does look very similar to the original PS3 version. Sure, the textures might be a little bit better here and there, but overall, it is hard to see some big improvements. The menus do feel very old, with big and chunky icons and text that definitely make it feel like you’re playing a PS3 game – which you are! This is an area that could definitely have seen an overhaul.

I want to give a shoutout to the soundtrack in Kingdoms of Amalur because the sound design is certainly amazing! From the soundtrack to the ambient noises and other sound effects during battles, even the voice acting – which actually impressed me more than I thought it would – everything revolving around the game’s sound is just excellent. 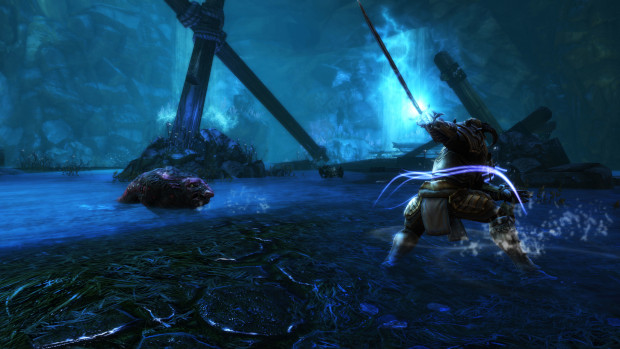 Kingdoms of Amalur: Re-Reckoning is an easy one to recommend for those of you who might also have missed out on playing the game back when it was released on the PlayStation 3. But if you’ve already played the original and just want to come back for more, you need to know there haven’t been that many improvements, other than now being able to suspend your session thanks to the PS4 native feature. The good news is that the game is set to get some new DLC – an expansion called Fatesworn – that will be releasing next year. 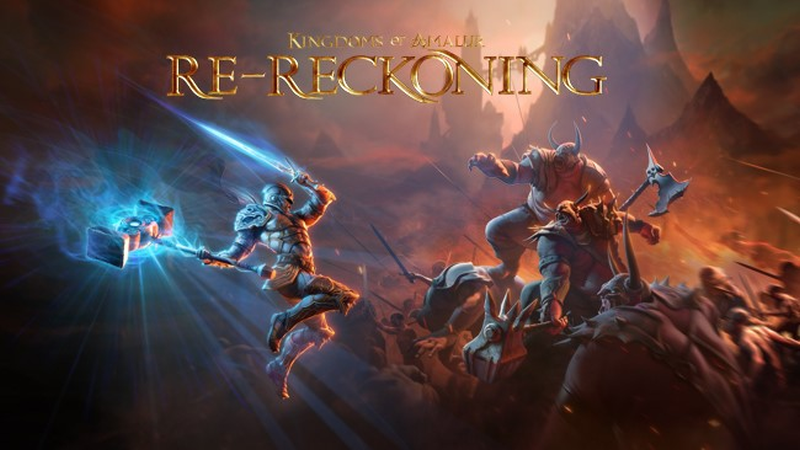 Still a great game, but for a remaster, there doesn't seem to be a lot going on

Disclaimer
This Kingdoms of Amalur: Re-Reckoning review is based on a PlayStation 4 copy provided by THQ Nordic.