Bounty Battle from DarkScreen Games and Merge Games is an indie 2D fighting game out now on PS4. Is it one you should play? Find out in our Bounty Battle review!


The idea behind Bounty Battle certainly is solid: bring together several characters from a ton of games, as a sort of indie Super Smash Bros. type of release, with each character having its own attacks and special moves that play off what they can do in their respective games. It’s a great idea, but, unfortunately, the execution of this PlayStation 4 release is a bit lacking. Punches lack any real punch, and the animations are certainly not as varied as they should. There’s only local multiplayer, so no, you won’t be able to take the fight online. At least the sprites look nice? 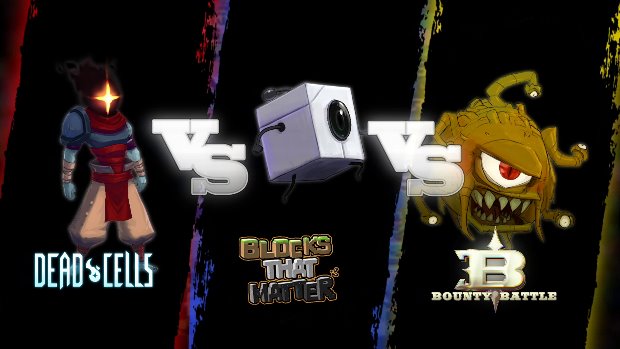 Before you get started with the game’s Tournament, Challenge, or Training Mode, I suggest you first go into the game’s tutorial so that you can get the hang of things. Here you’ll learn about the user interface for the game, displayed at the bottom of the screen, where you can find your life bar, and how if you’re close to dying, a flashing warning sign will be seen at the right of it. The closer you’re to death, the more your character will start to glitch. Below that is your energy bar. Energy is used for your actions, and if you run out of energy, a different warning sign will start to flash. 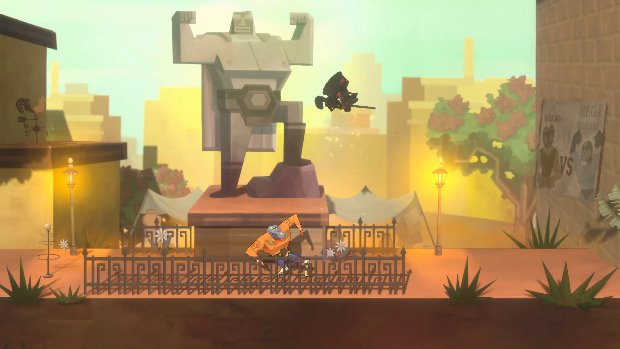 The game is called Bounty Battle, which means there’s got to be a bounty type mechanic of some sort, right? Below the energy bar, you’ll see your bounty points. The better you do in battle, the more bounty points you’ll get by defeating your opponent. Bounty points are important since they can be used to unlock minions to fight by your side, or more powerful attacks to turn the tide of battle. If you have enough bounty points, you can press the Touchpad on the DualShock 4 to open the minion window. If you use chain combos, you’ll be able to gain more bounty points. You do need to be careful because if you use one action over and over, you will lose points for abusing one ability over and over.

Based on the mode you’re playing, next to your character’s portrait will be a number that will show how many lives you have left, or how many enemies you’ve defeated. Above your character’s portrait will be a small crown, which shows your victory score. If you’re good enough, you might end up with a solid number in there that displays your winning streak, proving that you’re good at this and not just lucky. Next to that, and above the life bar, is the Ultimate Attack indicator. Each hero will have a different Ultimate Attack, so be sure to try them all! On top of this, each hero will also have a unique Special Attack. 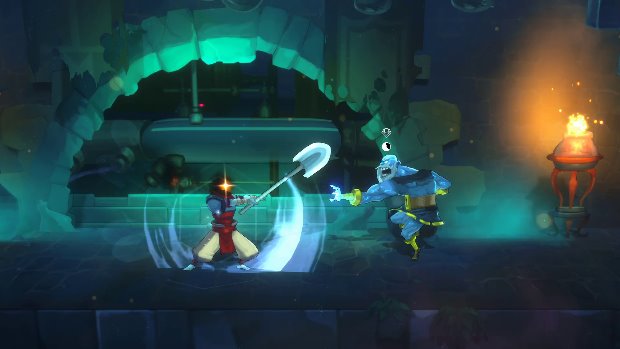 
Attacks are mapped to the Square and Triangle button for your simple and strong attacks, respectively. You can attack on the ground or in the air, and can even launch opponents into the air to then follow up with an air combo by pressing up and the Square button. You can also do a charge attack by pressing down and the Square button. Doing this with the Triangle button will, of course, unleash a charge strong attack. On the other hand, pressing up and the Triangle button will have your character do an anti-air attack, which is great for keeping your opponents in check. The anti-air attack and the charge strong attack will use up some of your energy. 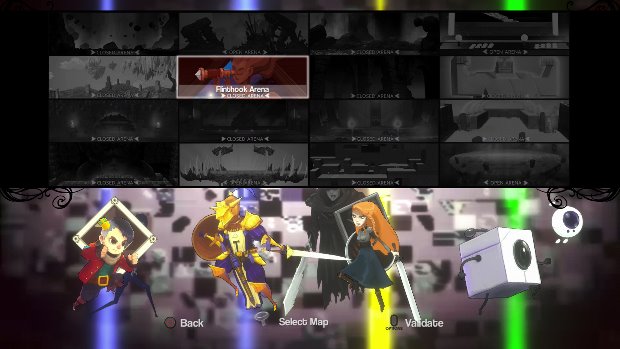 You can grab your opponent with the R1 button, which is also used to cancel a grab if you’re fast enough. Your Ultimate Attack is activated by pressing both attack buttons – the Square and Triangle buttons – at the same time. Your unique Special Attack will be mapped to the R2 button, which is nice since it’s out of your way when in battle, and it makes it easy to activate when you need it. As mentioned before, pressing the Touchpad on the DualShock 4 will allow you to purchase a minion.


Trophy-wise, Bounty Battle features a short list for you to work through, although it will require a good chunk of your time to get all of them. The list has two Bronze, two Silver, and ten Gold trophies, with objectives such as completing the tutorial, winning a battle in each of the game’s arenas, ejecting 50 and 1,000 opponents in Versus Mode, have a Bounty put on you, finish a battle with 100 bounty points, completing the tournament with seven, fourteen, twenty-one, and with all characters, defeating 1,000 opponents in Versus Mode, and unlocking all skins, which you get by completing each character’s battles in Tournament Mode without being defeated. 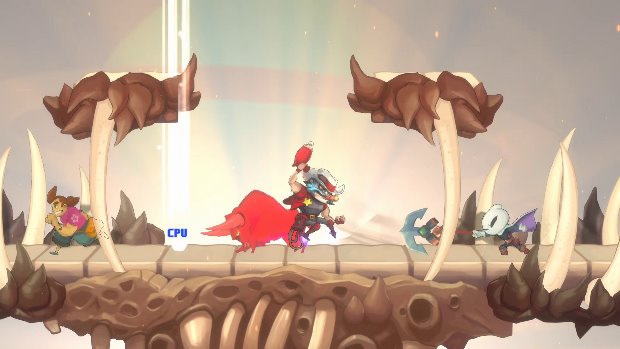 Bounty Battle is a game that I was looking forward to playing, what with the great variety of indie franchises in display, and the potential for having a fun alternative to the almighty Super Smash Bros. Ultimate. Unfortunately, Bounty Battle does not do a good job at this. Since using the same attack over and over again will trigger the Spammer status, you can’t just button mash your way to victory, but the battles just feel a bit odd, bland, and without any of the weight you’d expect from a 2D fighting game. The game is also buggy. Sure, the glitch angle of things is nice and all that, but when the game itself starts to glitch – say, when you send an opponent out of the arena in a Versus battle, but they never come down from a launcher attack and, therefore, never lose – is not a fun experience.

Disclaimer
This Bounty Battle review is based on a PlayStation 4 copy provided by Merge Games.

ProtoCorgi Will Launch In November On Nintendo Switch