In action adventure Raji: An Ancient Epic from Super.com and Nodding Heads Games, you will take on the role of the titular character, which sets out on an adventure to rescue her brother Golu, who was kidnapped by the Gadasura demons who are at war with the gods. You will need to make the most of your skills – and of the weapons provided by the gods – to find your brother in a game that is infused with Hindu and Balinese mythology and a look inspired by the architecture of Rajasthan. Raji will be helped by Durga, the goddess of war, who believes she has something special burning inside her that should be nurtured and supported. 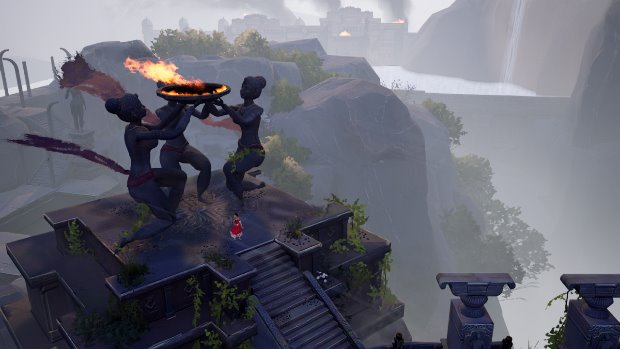 You’ll control Raji with the left analog stick. At first, she’ll be in shock, but she’ll soon realize she has to run as quickly as possible to try and find her brother before it’s too late. You’ll roll while on the ground by pressing the B button. The same button can be used to jump towards pillars or ledges, with Raji using her nimbleness from performing as an entertainer for the masses, quickly grabbing to edges automatically as she progresses through each area. If she’s near a wall, she’ll also be able to wall run by pressing the B button. If you need to drop to a lower edge or to a lower area, you can do this by pressing the A button.


Once you gain access to a very special trident – the Trishul – early in the game, you’ll be able to attack with the Y button, with the X button unleashing a stronger attack. If you press and hold down the ZL button, Raji will raise her arm as she prepares to throw the spear with great force when you press the Y button. If you press the B and Y buttons at the same time – or the B and X buttons- Raji will do a fast-paced leap attack, which you will need to use when battling more than one enemy, so that you can quickly change your focus as needed. 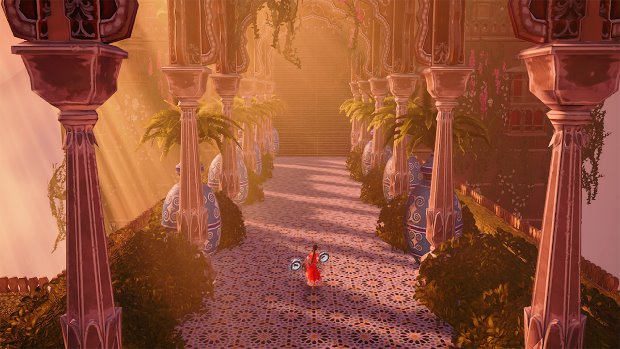 You can also use your surroundings to support your fighting style. If there’s a pillar nearby, you can press the A button to have Raji twirl around the pillar as it unleashes a powerful attack all around her vicinity. If there’s a wall in the small battle arena in which you’re currently fighting some demons, you can press the B button to wall run so that you can then press the Y or X button to unleash powerful attacks with an added area of effect value, which can prove to be just what you needed to take on multiple opponents that are chipping away at your health. 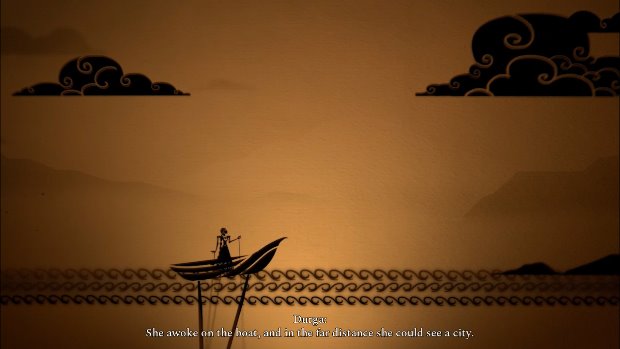 When in battle, you will get to see how many hit points each enemy has left by reviewing the health bar below it so that you can know which enemy is almost defeated so that you can plan your attacks accordingly. Once you lower an enemy’s health to a minimum, you’ll get a chance to press the A button to finish off that opponent with a final scripted attack. While fighting, you should also pay attention to Raji’s overall health – also displayed below her in a similar way to the health of her opponents – so that you can dodge as needed to avoid being defeated. 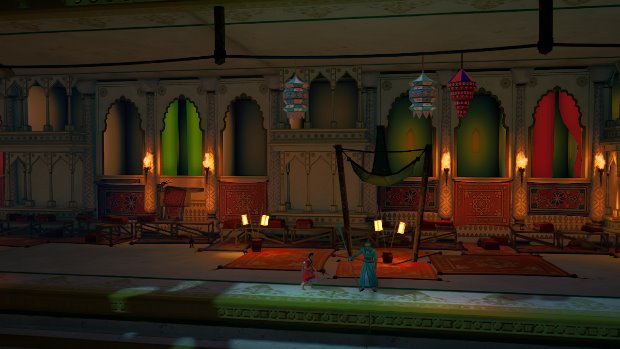 While Raji will start her adventure with the power of the Trishul, she’ll later gain the favor of other gods – and their godly weapons – that will change how you take on. As you progress through the game, you’ll gain Favor Orbs, which could be considered as the game’s upgrade points. These can be spent in the different skill trees that the game has to offer so that you can start to tailor your overall experience by powering up this or that weapon. Be sure to search every area you visit, so that you can find some extra Favor Orbs! Something such as adding chain lighting to your Trishul attacks can certainly make a big difference in battle. 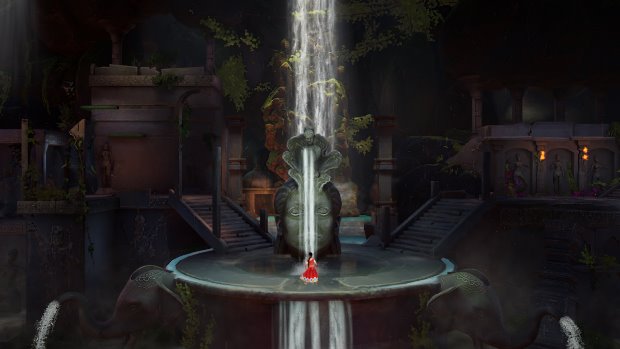 Raji: An Ancient Epic is a game that certainly stands out on Nintendo Switch. It has a gorgeous presentation, with a story and a look that is inspired by Hindu and Balinese mythology. Sure, there are some framerate drops here and there, but nothing that has a big impact on the gameplay. I was pleasantly surprised by what this indie game had to offer, and I highly recommend that you give it a go on Nintendo’s console if you’re looking for something new yet familiar, in the best of ways. In the end, you’re at around 4-5 hours to complete this wonderful journey. Raji: An Ancient Epic is out now on Nintendo Switch with a $24.99 asking price.

Disclaimer
This Raji: An Ancient Epic review is based on a Nintendo Switch copy provided by Super.com.