Rack N Ruin from Secret Item Games and LifeSpark Entertainment is an action RPG with a dash of bullet hell thrown in for good measure. Learn more in our Rack N Ruin review!


In action RPG/bullet hell Rack N Ruin from Secret Item Games and LifeSpark Entertainment, which certainly gave me some The Legend of Zelda vibes, you will take on the role of the titular Rack, a demonic wizard who loves to destroy things. Chaos is your goal, and corruption is your tool of choice. Ruin from the whole Rack N Ruin name for the game is actually Rack’s master, who wants to conquer as many worlds as possible. The issue is that Rack is a bit too good at his job as a minion, and if he goes and blows up every single planet in his path, there won’t be any planets left!} 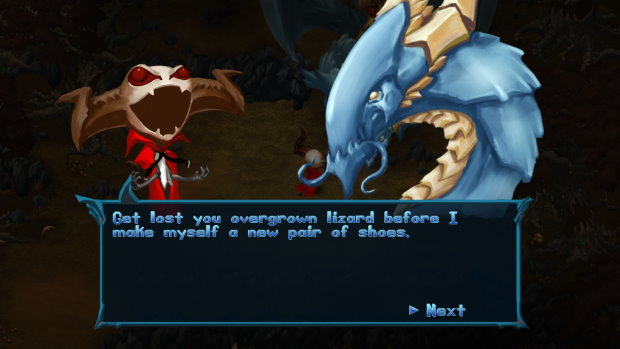 Ruin wants to conquer the entire universe and cover it in eternal darkness, but there’s not going to be much of a universe left at the rate Rack is wreaking havoc! Because of this, Ruin issues Rack one final order: to go to a small and insignificant world, corrupt it in full, and deliver the planet to Ruin on a silver platter so that it can be properly conquered, making its inhabitants the slaves that Ruin desires. If Rack so much as thinks about blowing up this planet, then Ruin won’t think twice about sending him down into the Abyss!


As you start your adventure, you can select between playing Rack N Ruin in the Normal difficulty, which is balanced to provide most players with a fair but challenging experience, or you can decide to go all-in and play on Hard, which will punish you with every mistake you make. You will move Rack with the left analog stick, switching between targets with the right one, shooting at them with the A button. You can lock on with the ZL button so that you can circle around an opponent. Pressing the – button will activate your map so that you can get a better idea of where to go next. 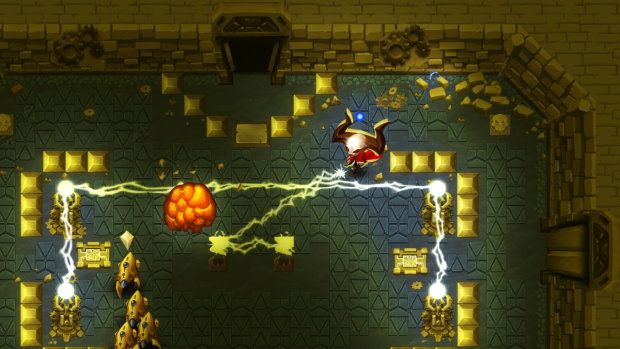 Your shield can be activated with the Y button, but you need to be careful since it won’t protect you forever. The Y button can also be used for interacting with things, which will come in handy if you need to, say, grab something so that you can place it on top of a switch to activate it. Your inventory can be opened with the X button, and items can be used with the B button. You can also cycle between items with the L and R buttons on the bar in the lower part of the screen and cycle between weapons with the ZR button. You could, for example, use an item to increase Rack’s firepower, which would help a lot when you’re going up against many foes, or you might find a potion with the blood of the innocent, which you can drink to recover some of Rack’s lost health.


As you defeat enemies, you will get to collect their souls. Souls are important since they can be offered as a sacrifice at the different shrines you will find. Offer enough souls, and a path will be opened, tearing a hole in reality and bridging the world you’re corrupting with the land of chaos and darkness from which Rack and Ruin hail. Doing this will increase Rack’s power while also adding to the overall corruption of the planet. While Rack will regain some of its lost powers, opening these wormholes will also bring some feral demons into the planet you’re conquering for Ruin, demons that you’ll have to destroy. 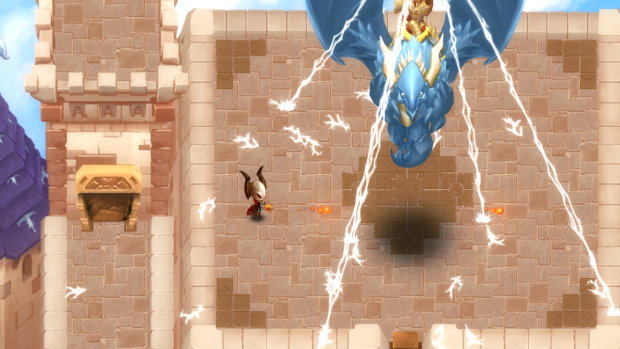 Souls will also function as the in-game currency, which means you’ll be able to use souls to purchase items to aid you on this particular adventure. You might want to buy a spikey bomb which can be used to deal considerable damage to enemies, another vial of the blood of the innocent so that you can heal your wounds as needed, or perhaps you will want to go big and spend hundreds of souls to unlock a new spell. You can also decide to sell some of the things in your inventory, in case you’re a few souls short of the item you desire. 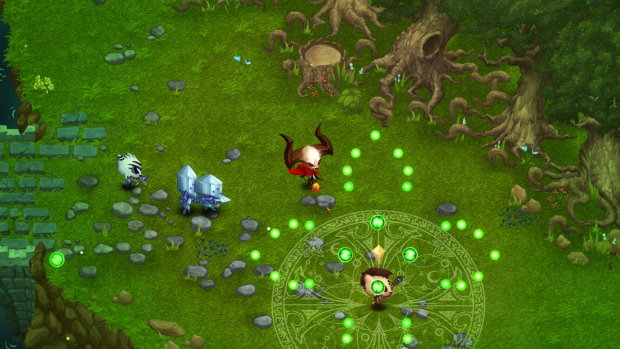 Rack N Ruin is a fun action RPG with a dash of bullet hell that will remind you of The Legend of Zelda series, particularly of The Legend of Zelda: A Link to the Past. It’s a nice mix of genres, with a colorful presentation and an entertaining gameplay loop that will keep you busy for several hours. Rack N Ruin is out on Nintendo Switch for $12.99.

Disclaimer
This Rack N Ruin review is based on a Nintendo Switch copy provided by Secret Item Games.