In Paradise Killer from Fellow Traveller and Kaizen Game Works – a Rated M for Mature murder mystery adventure – you’ll be taking control of one Lady Love Dies, a self-proclaimed investigation freak, who is summoned from her exile in the idle Lands in order to find the culprit of the murders of the member of the Syndicate’s Council. Why was she exiled? Well, it turns out she somehow ended up inviting some creatures of the demonic variety into Paradise 13 – after being deceived by the god Damned Harmony, which is why she was sent away. You might be thinking, “wait, Paradise 13? Paradise 25? The Syndicate? What’s is going on?” 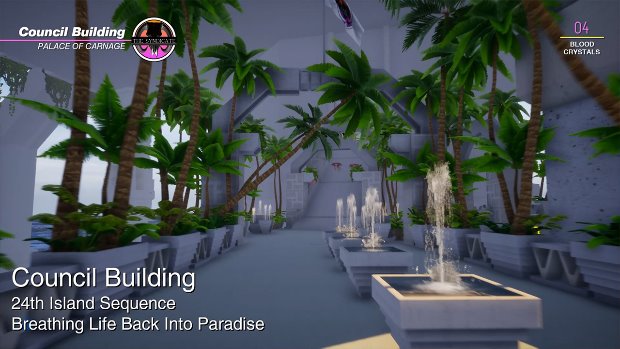 Allow me to elaborate. Paradise, as its name suggests, is supposed to be a wonderful place where the members of the Syndicate’s Council work hard for the well-being of the island’s inhabitants, as they also try to resurrect the alien gods they worship by forcing citizens into psychic worship rituals. Oh, and the members of the Syndicate are also aliens…. or used to be, since now they’re all corpses! Paraside is an island that regenerates every few millennia because the force used to – hopefully – try and resurrect the alien deities also attracts the attention of demons, who end up corrupting the island and destroying, so off the Council goes to carry on with a new Paradise.

This cycle has been going on for a long time, and on the eve of Paradise 25 opening the door to what was deemed to be overall perfection, all members of the Council are murdered. While there’s already a suspect in custody – Henry Division, a citizen possessed by a demon, Lady Love Dies is summoned – after 3,004,769 days since she was exiled – for a very important reason: everyone else is also a suspect, so you must collect as much evidence as possible to build your case, so that you can try and find out who the real killer is. Everyone has something to hide, and they all seem to have enough reasons to be guilty of murder.


The first thing that caught my attention was the excellent look of the diverse cast of Paradise Killer, as well as the excellent design choices for the 3D island you’ll get to explore. The game reminded me of the work of Goichi Suda – a.k.a. Suda51. If you’ve played some of his games before, you’ll definitely know what I’m talking about. Paradise Killer is a first-person open-world murder mystery adventure, and you’ll be able to piece together the overall puzzle at your own pace and in the order you please. You’ll be collecting facts that you can mold into what could be considered “your truth” so that you can present it during the trial and argue in favor of your theory as to who is responsible for the death of Paradise. 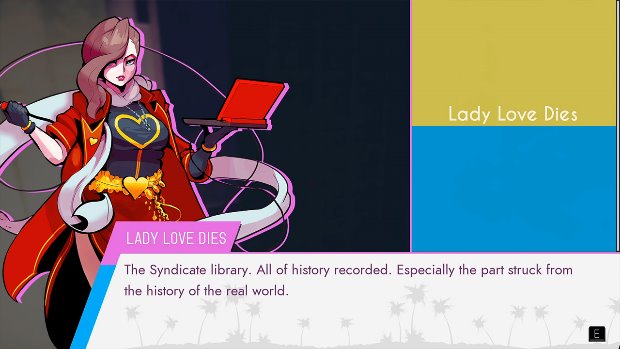 You’ll move Lady Love Dies around each area with the left analog stick, springing by pressing and holding down the L button and jumping with the R button. You can interact with things with the A button, talking to other characters to learn more about them and their motivations, while collecting any new evidence that might help you build your case against the suspect you believe is guilty of murder. You can enter AR Vision Mode by pressing and holding down the ZL button so that you can be directed to new elements that are crucial for your investigation. If you want to get a better look at things, you can activate your flashlight with the ZR button.

By pressing the + button, you’ll get to access Starlight, your investigation assistant computer. Starlight will be used to analyzing the evidence you find so that you can review your notes, the case files, the key items you’ve collected, the population of Paradise, the timeline, as well as review a map that will help you find the way to where you need to be. Starlight will also be used for cracking open the different hieroglyph puzzles you’ll find on ancient nightmare computers left by the Syndicate, which will allow you to open up new locations for you to explore. Starlight will show you the image you need to complete in order for it to break the seal, so you’ll need to use different components to match the image at the top to complete the puzzle.

You’ll be able to make the most of Starlight’s help when you review the different relics that you’ll collect during your investigation. Relics are lost treasures that showcase the remnants of lives lived, allowing you to get a glimpse into what has happened before your time with Paradise Killer. For example, you’ll find a relic called Wistful Photo, which shows the outside of the Paradise Psycho Unit that was led by Lady Love Dies, before it was disbanded after the incident on Paraside 13. You might find a Dulled Percolator or a Well-Read Book about an ex-gangster that has decided to become a master of grilled chicken skewers. 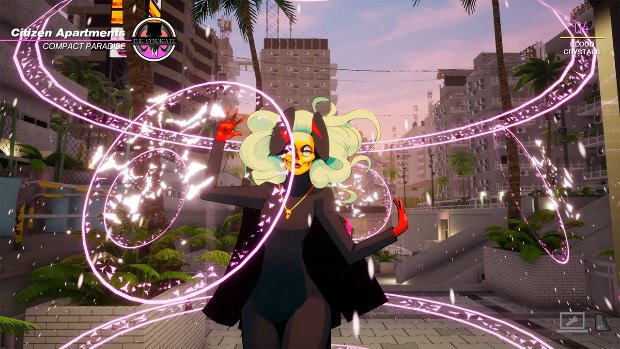 The list of suspects will include a very diverse and colorful cast of characters. They include Grand Marshall Akiko 14, the Grand Marshal of the Syndicate’s God Justice Marshals; Carmelina Silence, the architect of the Island Sequences; Crimson Acid, the Syndicate’s idol turned secrets broker; Doctor Doom Jazz, the Syndicate’s resident doctor; Henry Division – who, as I mentioned before, is already in custody; your best friend Lydia – who takes care of the ferry – and her husband Sam Day Break, both of whom are former assassins; Yuri Night, Secretary to Architect Carmelina, and the Ferry Woman’s handler; and The Witness to the End, he who oversees the end of the islands.


Something to keep in mind is that due to the game’s open nature, Paradise Killer will not automatically save your progress. Because of this, you will have to make good use of the different save points around the island to be able to save what you have accomplished so far so that if you want to stop playing for a bit, you can carry on where you left off without losing any of your hard work. You can also spend the Blood Crystals you find to unlock new fast-travel points, while also being rewarded with, say, new skins for Starlight’s background image. 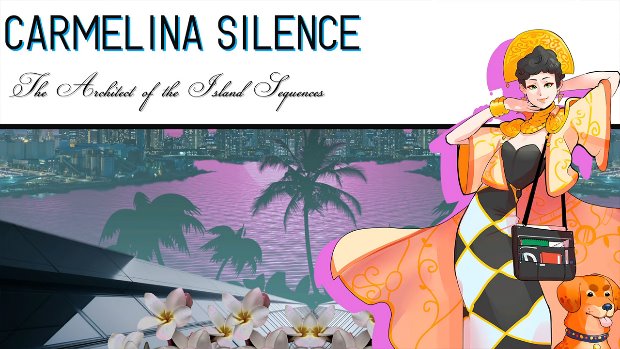 Paradise Killer is a superb and bizarre mystery experience that is a must-play on Nintendo Switch. It’s weird lore and setting, the diverse and weird cast of characters you’ll meet, the open-world nature on the game, and how you can use the evidence you find and the facts learned from it to build your own truth, make this one stand out on Nintendo’s console. The game is not perfect, as there have been some compromises made to get the game up and running on the console. There’s some pop-in here and there, and shadows magically appear and disappear as you get closer to and move away from objects, but this was not a deal-breaker for me. Paradise Killer is out now on Nintendo Switch with a $19.99 asking price. 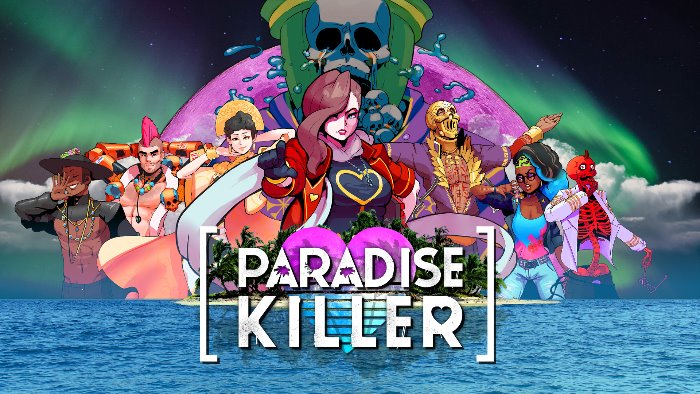 A superb and bizarre murder mystery experience on Nintendo Switch

Disclaimer
This Paradise Killer review is based on a Nintendo Switch copy provided by Fellow Traveller.

Sky Beneath Hits Consoles Next Year