Back at the end of 2017, Hello There Games released Invector on PlayStation 4. This was a very fun rhythm game that, unlike other games that didn’t have a band’s name on the cover, focused entirely on the music of one artist: Tim Bergling – a.k.a. AVICII. It was certainly a great game with an excellent soundtrack! In April 2018, AVICII passed away. He had been working closely with Hello There Games on the creation of Invector, so that the game would feel just right, showcasing the gameplay and the music in unison.

On December 2019, Hello There Games and Wired Productions released a revamped and improved version of the game, which they named AVICII Invector. The game expanded the soundtrack featured on Invector by adding three more songs, as well as some extra bells and whistles here and there. Gamers who had bought Invector on PlayStation 4 were given the updated AVICII Invector at no extra cost. 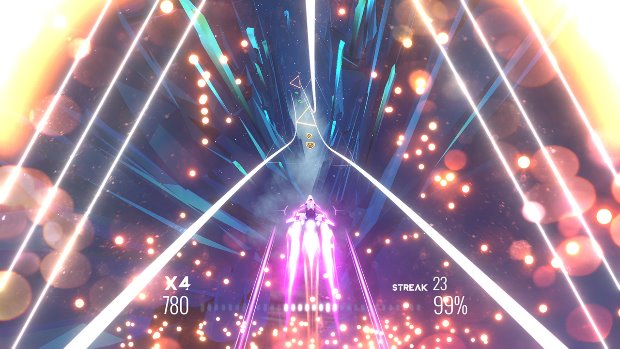 It’s now September 2020, and on Tim’s birthday, AVICII Invector Encore Edition was released on Nintendo Switch and PlayStation 4. The name has probably clued you in, and what this Encore Edition does is take AVICII Invector and add ten new songs on top of the 25 from AVICII Invector, for a new total of 35 songs. The new songs on the Tim pack are taken from the artist’s posthumous album, while the songs in the Magma pack are taken from his previous albums, as well as from non-album singles. On top of this, the Magma pack also adds a new Magma world into the mix.

To start, here’s the list of songs in the main game: 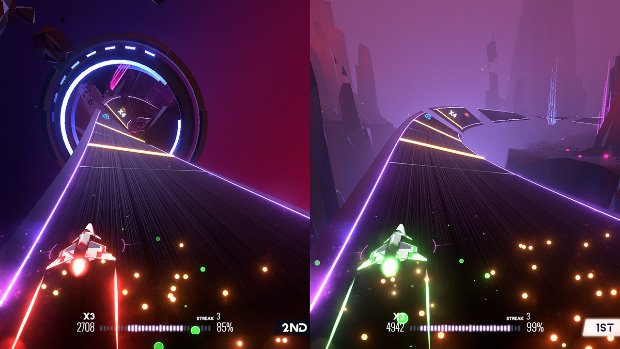 And here are the songs in the Tim and Magma song packs, which are included in AVICII INVECTOR Encore Edition:


Magma Song Pack
1. Trouble
2. Sunshine
3. Addicted To You
4. My Feelings For You
5. Seek Bromance 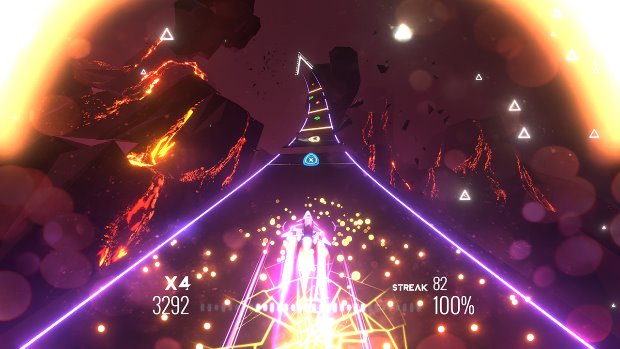 As for the gameplay mechanics, in AVICII Invector, you’ll be controlling a spaceship that will fly through each stage at different segments as you try to go through energy rings here and there, to then land on a path that will be twisting and turning as you go. You’ll have to use the left analog stick or the D-Pad to control your ship’s movement, and flipping at the designated markers to take on a different path by pressing left or right in time with the beat. There will also be special notes you will pick up with the L and R buttons, displayed as triangles or lines, along with notes on the path you’re traveling through, which will need to be picked up with the Y, X, B, and A buttons. You will also run into some hold notes, for which you’ll have to press and hold a button. Build up enough energy, and you’ll be able to boost with the ZL and ZR buttons or by shaking your controller.


Each track can be played in one of four difficulty settings: Beginner, Easy, Normal, and Hard. This will allow players of all skill levels to have a chance at completing all of the songs included in AVICII Invector Encore Edition. At first, only four songs will be unlocked, so you’ll have to progress through the game as you beat the songs in each world to open the next one. You’ll do this as you follow along to story mode’s Stella, a space pilot who is exploring each of the different worlds on offer. 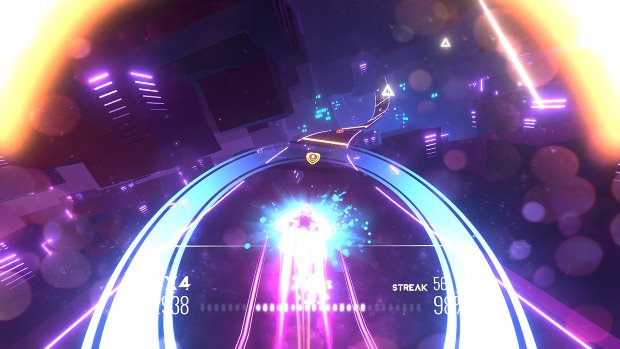 As you play each song, you’ll have to collect a minimum number of notes to be able to have the game register it as completed, so be sure to pay attention to the overall beats and patterns you’ll experience for each song. Worst case scenario, even if you fail to complete a song, you will at least get to learn its patterns so that you can give it another go and complete it!

AVICII Invector Encore Edition is a must-have for fans of the late artist’s music, as well as for fans of music rhythm games in general. You can get the game on Nintendo Switch on a physical cartridge from Limited Run Games under their distribution partnership with Wired Productions, or you can get the game digitally on the Nintendo Switch eshop. Your digital options are AVICII Invector for $19.99, with the Tim and Magma DLC song packs available at $5.99 each, or you can save a couple of bucks and get AVICII Invector Encore Edition, which bundles the main game with both song packs in a single go. 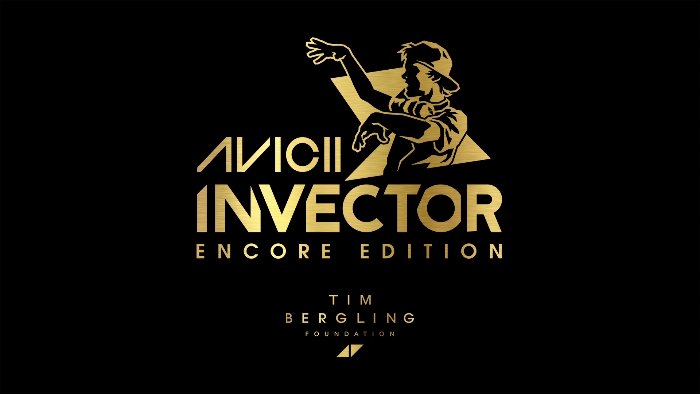 Disclaimer
This AVICII Invector Encode Edition review is based on a Nintendo Switch copy provided by Wired Productions.