Alwa’s Legacy from Elden Pixels is the sequel to the beloved 2D Metroidvania, out now on Nintendo Switch. Learn more about it in our Alwa’s Legacy review!


I had a lot of fun with prequel Alwa’s Awakening, so I was definitely up for taking sequel Alwa’s Legacy for a spin on the Nintendo Switch! Indie team Elden Pixels did a crowdfunding campaign for Alwa’s Legacy on Kickstarter back in late 2019 to secure the final funding needed to finish the game, as well as for porting it to the Nintendo Switch. Thanks to the support of more than 900 backers who pledged over kr290,000 SEK, and after first releasing on Steam a few months ago, Alwa’s Legacy is now ready to go on Nintendo’s console! 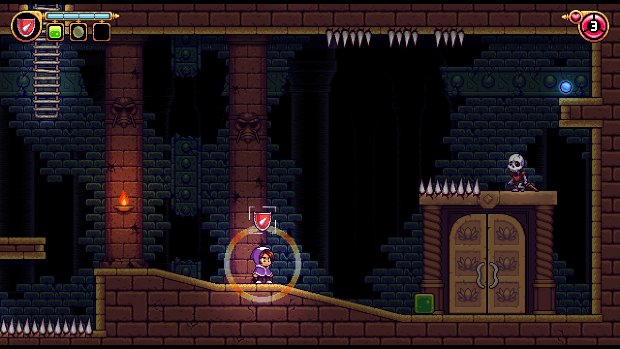 Without giving too much away about the game’s overall story, you will once again take control of Zoe, who finds herself in the land of Alwa. She is affected by one of the classic video game tropes: she’s the main protagonist with amnesia! She has no idea of what is going on or why she’s in Alwa. Luckily, the wise elder Saga knows that she must find three magical Gemstones that have been scattered across the land so that she can use them to regain her memory and finally return home. Exploring the land won’t be easy, since an evil character named Vicar is out to stop Zoe from completing her quest. That, and the hundreds of monsters you will run into during your adventure!


The first thing you’ll notice is that this second game in the series has gotten a considerable change to its graphics. Alwa’s Awakening had an 8-bit look and feel to it, while Alwa’s Legacy has revamped things in full, moving to a 16-bit experience that shines on Nintendo Switch. Everything is more colorful, more vivid, and more detailed. Not that there’s anything wrong with the look for Alwa’s Awakening, but the team at Elden Pixels has certainly taken the necessary steps to give us the sequel we needed.

You’ll move your character with the left analog stick or the D-Pad, jumping with the B button and attacking with the Y button. You’ll, of course, have access to magic, which can use used with the A button. You can change what magic you’re using by pressing the L button. The abilities you unlock will be mapped to the X button, and you can cycle between them with the R button. If you ever need to check your inventory, you can do so with the + button. If one of the buttons feels off when playing, you can go into the game’s menu to easily remap buttons as needed. 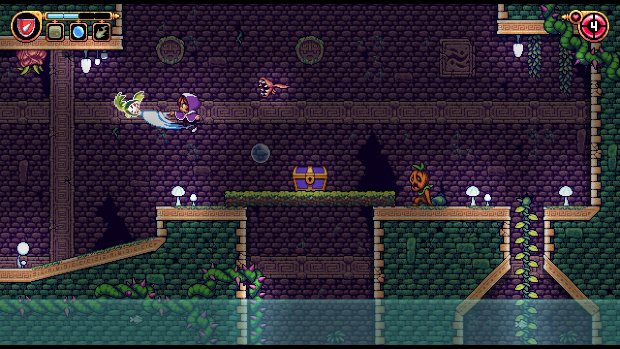 Since this is a Metroidvania, that means that you’ll run into some areas that you won’t be able to explore in full until you’ve unlocked the required magic or abilities that will open up the way. This is experience early in the game in a couple of ways. If you, for example, decide to jump into the water to the left of Zoe as soon as you gain control of her, you will notice that she starts to lose her air, and a timer marks how much time you have left before she ends up drowning. Going to the right, you will meet the evil Vicar, who will end up throwing away your magical wand. Once you search for and find the wand in a very dark dungeon, you will realize that you’ll have to first find a light source before you can fully explore said area.


Gaining new abilities and skills is part of the Metroidvania gameplay cycle, and for Alwa’s Legacy, you will need to search every corner of the land to find everything that you need. Oh, and you’ll also need to complete a handful of dungeons and defeat their bosses to the gemstones needed for Zoe to return home! Each of the dungeons will have some light puzzles to solve, as well as enemies to defeat and deadly hazards to avoid – such as crumbling blocks or the always classic sharp spikes! As long as you pay attention to what you’re doing – and make good use of the save orbs – you will find a way to persevere.

As you visit each location, you should keep your eyes peeled for any orbs you can find along the way. There are 99 orbs in total, and you should most certainly collect them so that you can use them to upgrade your abilities! By visiting the Wizard in the town of Westwood, you’ll be able to spend your hard-earned orbs to unlock upgrades such as adding spikes to your green blocks so that they can damage enemies when pushed, increasing the odds of getting a health item when defeating enemies with your lighting magic, or you could spend a ton of your orbs to make it so that the magic bubbles you create never burst! 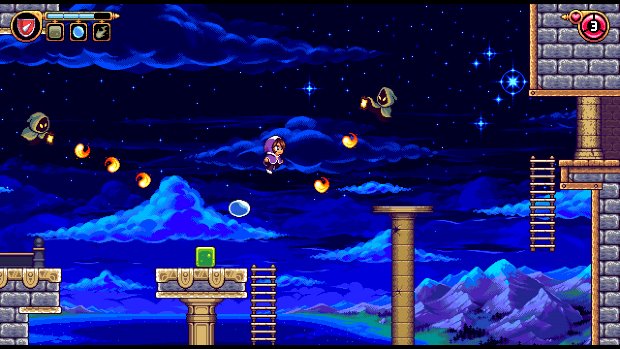 For players who like to 100% the game’s they play, the evolving map for Alwa’s Legacy will be their greatest ally. The map is split into different sections, and as you cycle through each area on the map, you will get to see what percentage of the secrets have been found for that particular section. And if you ever find yourself struggling to find that last item in an area that is keeping you from getting 100% of its secrets, you can always go into the game’s settings menu to activate the “Show Items On Map” option, which, as its name suggests, will mark on the map any items you’re still missing.


Alwa’s Legacy features an in-game achievements system, which it calls Feats. These include a list of 24 objectives to complete during your time with the game, and they will ask that you defeat each of the bosses, find all of the secrets in every single area of Alwa’s Legacy, that you fully upgrade all magic gemstones, that you complete each of the game’s chapters, and that you, of course, finish the game. There are also miscellaneous objectives with very specific requirements, as is the case for one that asks that you carry exactly 3 keys, 3 tears, and 3 petals in your inventory at the same time, or that you make it over a particular area without being noticed once by an enemy. 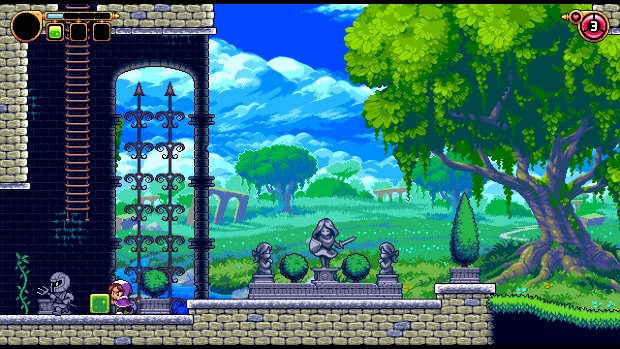 After enjoying what Alwa’s Awakening offered on Nintendo’s console, I was very much looking forward to playing its sequel. I’m here to let you know that if you liked the previous game from Elden Pixels, then you’re going to love what they have done with Alwa’s Legacy. It’s bigger and better, with a look and feel that will remind you of the games from the Super Nintendo Entertainment System era with the quality of life improvements you’d expect from a game released in the 21st Century. Alwa’s Legacy is out now for $17.99 and is a must-play for Metroidvania fans. 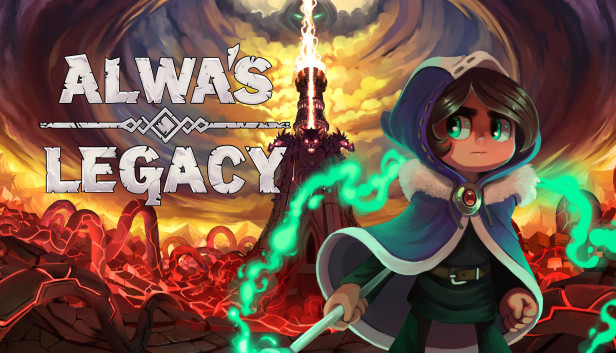 A superb Metroidvania and a great sequel to Alwa's Awakening

Disclaimer
This Alwa’s Legacy review is based on a Nintendo Switch copy provided by Elden Pixels.

Werewolf: The Apocalypse – Earthblood Out In Early 2021