We’ll be working on a review for Deadly Days, so I got in touch with Pixelsplit to talk about the game’s development for its Nintendo Switch release. Come check it out?

PS4Blog: Morning! Thank you for joining us today. Could you please introduce yourself to our readers?

Hello, we are Pixelsplit, an Indie Development Studio from Frankfurt am Main. Currently, our team consists of seven people. We’ve existed in this form since the end of 2017 but have already built and released several games before. Our goal is to constantly reinvent ourselves and also try out new genres and mechanics – so that our players and we never get bored, and you can always give your creativity free rein. 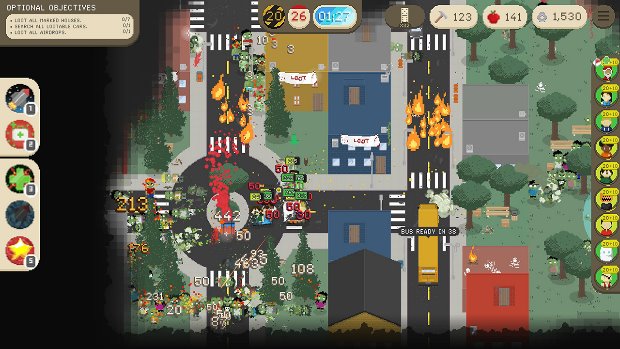 PS4B: Deadly Days has set course for a Nintendo Switch release. What can you tell us about this game?

Deadly Days is a crazy roguelite where you have to stop the zombie apocalypse that was triggered by an evil multi-billion dollar fast-food chain called MKing. Getting customers addicted to meat was not a good idea!

The special thing is that you don’t control individual characters. In the course of a run, a chaotic group of different individual survivors is formed, which has to be organized in a mob. Each of these survivors has individual passive abilities, which get better with his level – for example, the masochist is so kind to heal every other survivor when he gets damage himself. Often these abilities can be combined with more than 60 items or 30 active special abilities so that a very strong setup can be built. The problem with this is that you have to balance your resources.

For example, you often want more survivors to become stronger, but you also need to equip these survivors with good weapons and, more importantly, feed them an apple every day. And at the same time, you also want to make progress in the game to end the apocalypse. So every day, there is a hard decision to make when choosing a mission. 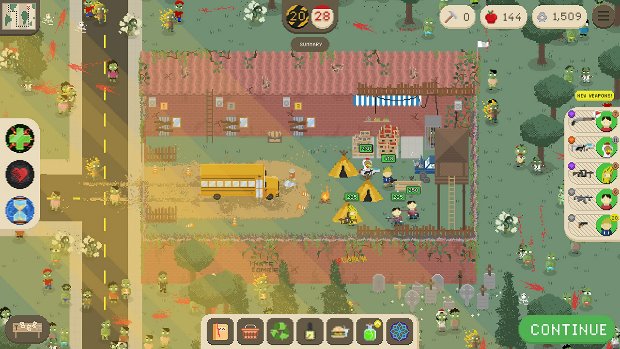 PS4B: How long did it take to port the game to Nintendo’s console? Were there any hurdles or challenges you had to overcome during this process?

We actually started last year in October, focusing first on the implementation of a proper controller scheme and the corresponding adaptation of the UI. After several prototypes and test rounds, we found the current controller scheme to be the best for our game. In the course of 2020, we started with the Nintendo-specific implementation, but there were actually two major technical problems. Firstly, we wanted to offer our ranking and daily mode system in full on the Nintendo Switch.

To do this, we had to integrate the corresponding Nintendo API and configure the servers. Nintendo sets a number of requirements as to how various things have to be handled, and this detailed work was sometimes really nerve-racking. The other big issue was performance. When first checking out Deadly Days, you might not think that this is a problem, but we have relatively large maps and many many zombies that have to calculate routes – especially in the late game. In order to get the whole thing running properly on the Nintendo Switch, we had to make many more improvements to the technical core of the game. 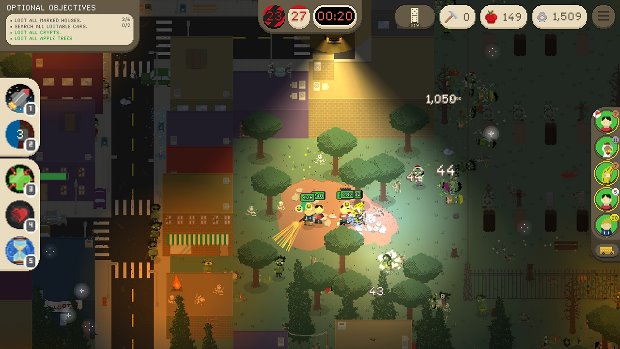 PS4B: Are there any differences between the Steam version and the Nintendo Switch version of the game?

Under the hood, there are several adjustments, and the controls have been adapted for the switch in several places. But the most important difference for us is that Deadly Days is now available to go wherever you go!


PS4B: And now it’s time for us to go. Is there something else you’d like to add before we end this one?

We are looking forward to every new player and hope that you like the Switch version as much as we do. If you have any feedback, feel free to contact us. The communication with our players is very important to us, either by email or through our Discord. Stay healthy, and do not start a zombie apocalypse, please. Thanks for the interview! 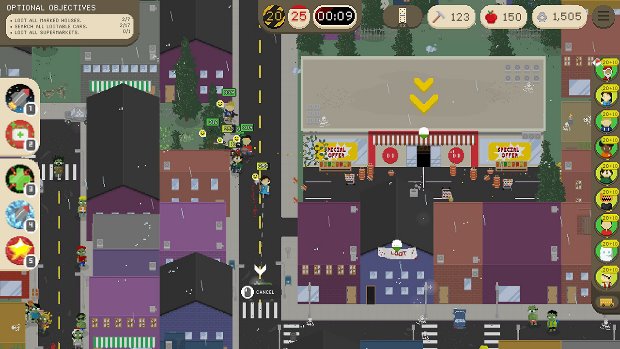