In Peaky Blinders: Mastermind from FuturLab and Curve Digital, you will assume control of the cast of the show (Tommy, Arthur, John, Polly, Ada, and Finn) as gang warfare heats up in Birmingham during the aftermath of the Great War. Each of the characters adds a variety of skills to your overall repertoire, which is used to solve the different puzzles you will face over the course of the game’s missions. Do you – as Tommy Shelby – have the wits to become the criminal mastermind capable of leading the Peaky Blinders? 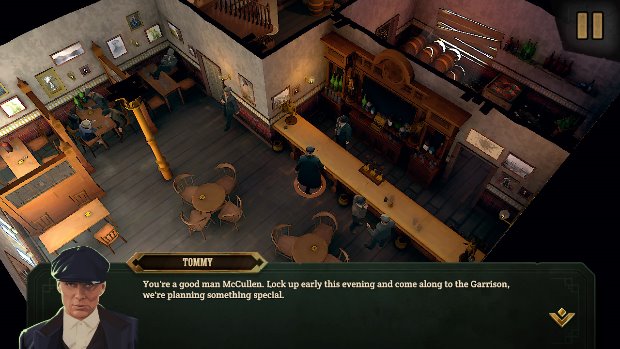 The controls in Peaky Blinders: Mastermind are very straightforward. The left analog stick will control character movement, and the X button will allow you to interact with things and other characters. The Square button is used to pass around items like keys in order to clear objectives. The skills that each character has access to varies, from getting into fights, setting off fires, coercing townsfolk, and more. Character switching is handled by the D-pad. The central gameplay mechanic of the game is the ability to move through the timeline of events, in order to optimize the path and actions of the various playable characters.


The flow of time is controlled with the L2 and R2 buttons. You can skip back or forward between events, such as opening or breaking down a door, with the L1 and R1 buttons. If you rewind time and switch control to another character, the previous character will play out the actions you programmed for them. This makes for some interesting planning. You could, for example, have one character bribing a police officer so another character can beat up a thug. This all works really well and stringing together all of your characters’ actions is satisfying. 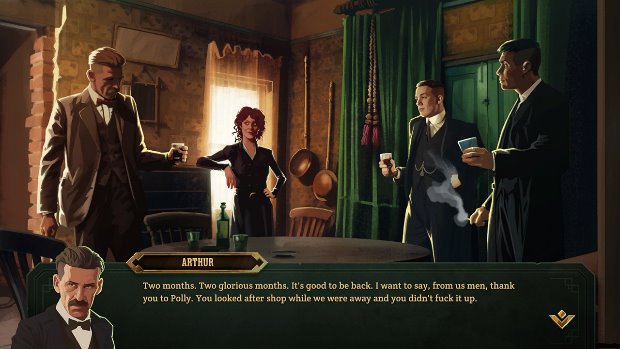 The design aesthetic in the game draws heavy inspiration from the source material, with a post-WWI styling. The Irish punk vibes, as well as the harsh tones of the show, carry over to Peaky Blinders: Mastermind with regards to the music in menus and between missions. The paint-brush style used in cutscenes is gorgeous to look at, but I found myself wanting some sort of animation since it is inspired by a television show. The likenesses of the cast are used for the game, but it’s a shame they couldn’t get any voice acting for the story cinematics.


The game introduces each character and their unique skills in a great way. In the earlier levels, each of the skills for the characters are employed in interesting ways in order to teach the player the ins and outs of how it all works. Later, puzzles have you controlling more members of the Shelby family, raising the difficulty. It will take quick thinking and certainly some trial and error. The entire time you’re also fighting the most dangerous foe of all: the clock. You’ve only got so much time to complete each mission before failing. Each mission also has three total times to beat. You’ll need to optimize the decisions you make with each character if you want to achieve a gold rank in each mission if you’ve any hope of unlocking the game’s Platinum trophy! 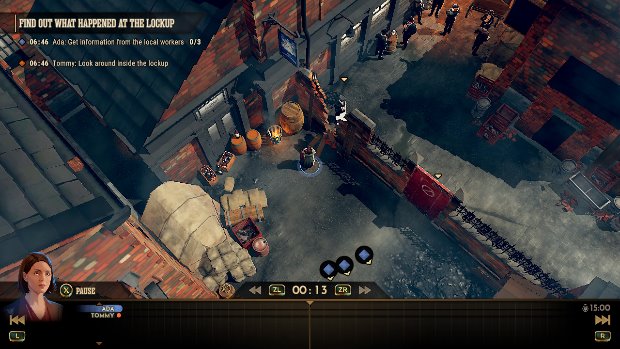 The trophy list in the game is standard fare for what you’d expect to find in a game like this one. There are trophies for completing a certain number of each character’s unique interactions, which you’ll earn as you progress through the game. There are also trophies tied to collectibles. Each mission has a number of pocket watches to collect. Do be careful, as hunting pocket watches will tick down the precious seconds that you could use to finish the mission. Thankfully you don’t need to need to collect all of the pocket watches and achieve a gold ranking in the same run. These challenges add an additional layer of replayability, which is always appreciated. 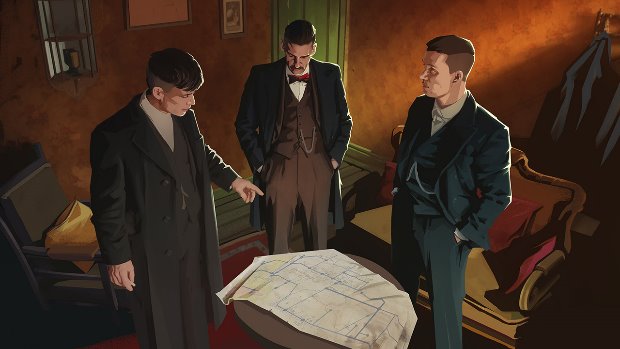 Peaky Blinders: Mastermind uses its license to craft a unique, challenging, and fun puzzle experience. There are some rough edges here and there, but the game is an entertaining way to immerse both fans and newcomers into the criminal underbelly that the Peaky Blinders inhabit. The mix of shady business practices lends itself well to a varied problem-solving adventure.

Disclaimer
This Peaky Blinders: Mastermind review is based on a PlayStation 4 copy provided by Curve Digital.

Even The Ocean Out On PS4 And Nintendo Switch